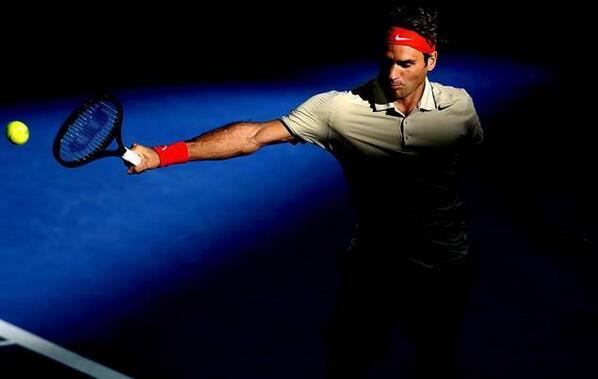 Roger Federer and Nicholas Mahut went to the very end against Jeremy Chardy and Grigor Dimitrov Thursday afternoon in Brisbane, putting on a doubles delight for the sold out crowd at Pat Rafter Arena. Federer and Mahut took the first lead, winning the first set in a tiebreaker, yet for the remainder of the match, it never felt as if either team was in front. The close contest was as tight as the final scoreline. With the finish line within sight, Chardy and Dimitrov closed the door, evening the match by taking the second set in another tiebreaker.

The match would be played out with a 10-point tiebreaker in lieu of the third set, and that too, with some turns. Dimitrov’s overhead would be overruled on match point, but another smash evened the match at 9-all, changing ends for a third time. Two points later, it was Federer and Mahut victorious, 7-6 (3) 6-7 (5) 11-9.

Moving into the semifinals of the 2014 Brisbane International, Federer and Mahut will take on #4 seeds Juan Cabal and Robert Farah.