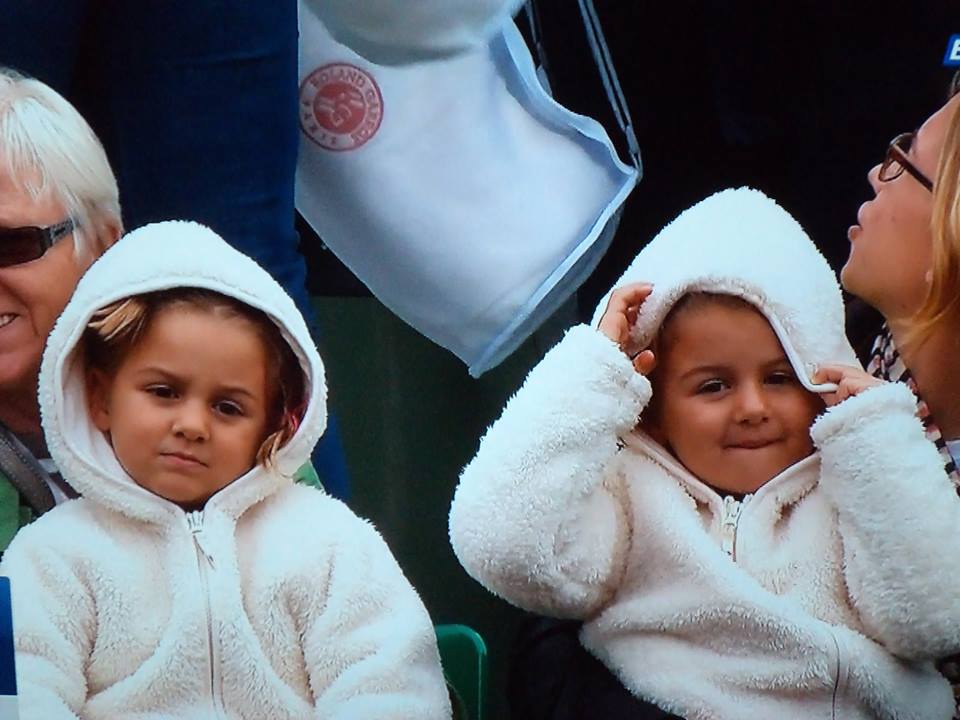 Roger Federer broke wonderful news Tuesday morning via his official Facebook page and Twitter account, announcing to the world that he and his wife Mirka are expecting a new member to the Federer family in 2014. The Swiss maestro shared his happiness by saying “Myla & Charlene will be big sisters in 2014! Happy Holidays…..”

The twin girls, Myla Rose and Charlene Riva, are now four years old, and travel along with Mirka and the RF team to nearly every tournament on tour.

The 17-time grand slam champion has arrived early in Australia for his first appearance at the Brisbane International, which begins December 29. Following that and leading into the Australian Open, Federer will take part in an exhibition match with Jo-Wilfried Tsonga, “A Night with Roger Federer and Friends,” to be held at Rod Laver Arena on January 8.

Mirka and I are very happy to share the news that Myla & Charlene will be big sisters in 2014! Happy Holidays…..