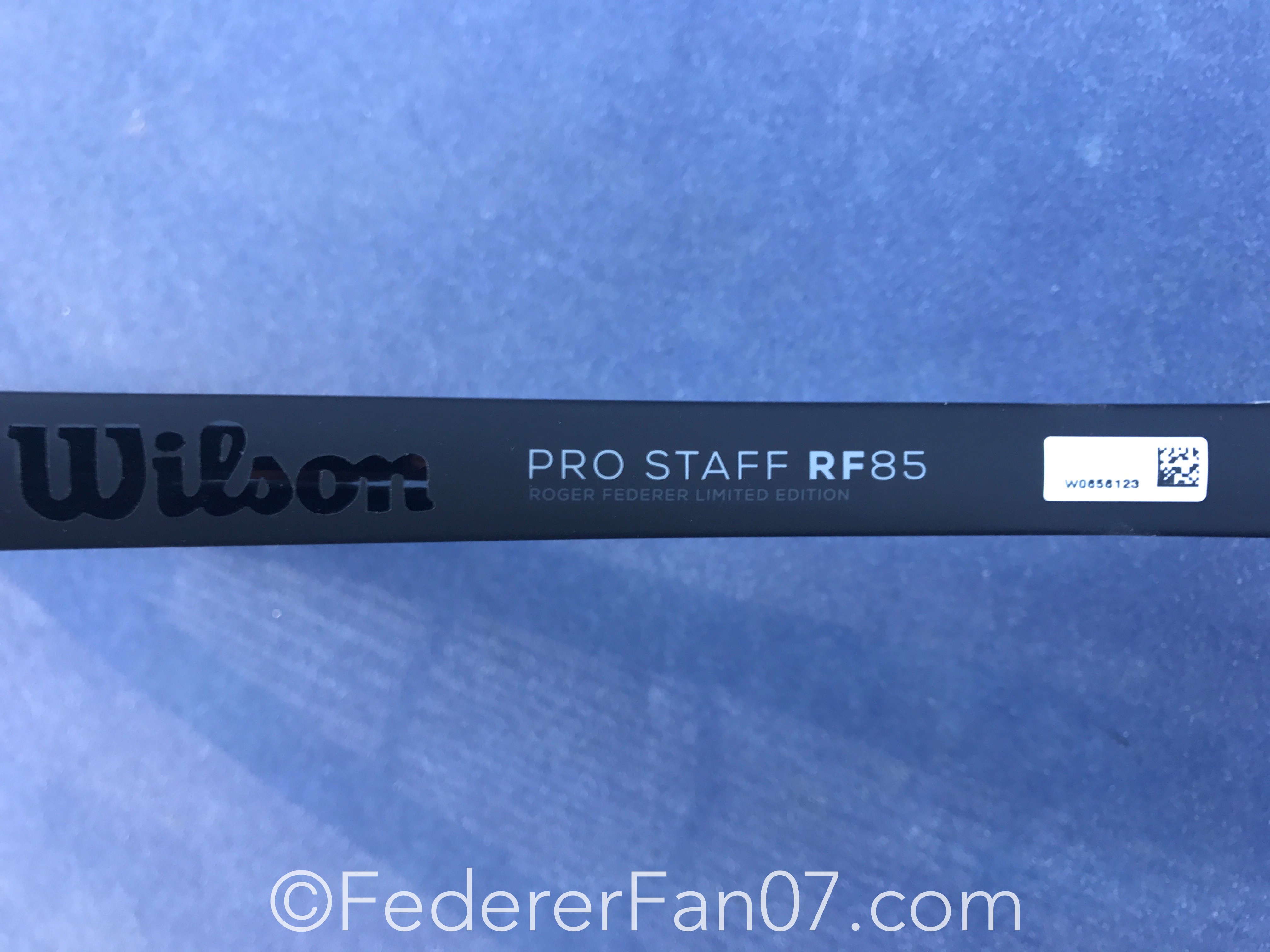 The specifications of the racket are identical to it’s original St. Vincent version, with a 17 millimeter flat beam (box beam), 16 x 18 string pattern, 85 square inch head size, and 12 points head light unstrung balance. The frame weighs 12.1 ounces, unstrung, which is the slightest bit heavier than the current Pro Staff RF97 (12.0 ounces unstrung) and most recent Pro Staff 90 models over the past decade. With a black leather grip and classic 80% braided graphite/20% kevlar composition, the Pro Staff RF85 plows through the ball like no other racket I’ve ever played with. There are very few rackets that deliver this particular kind of control and feel. 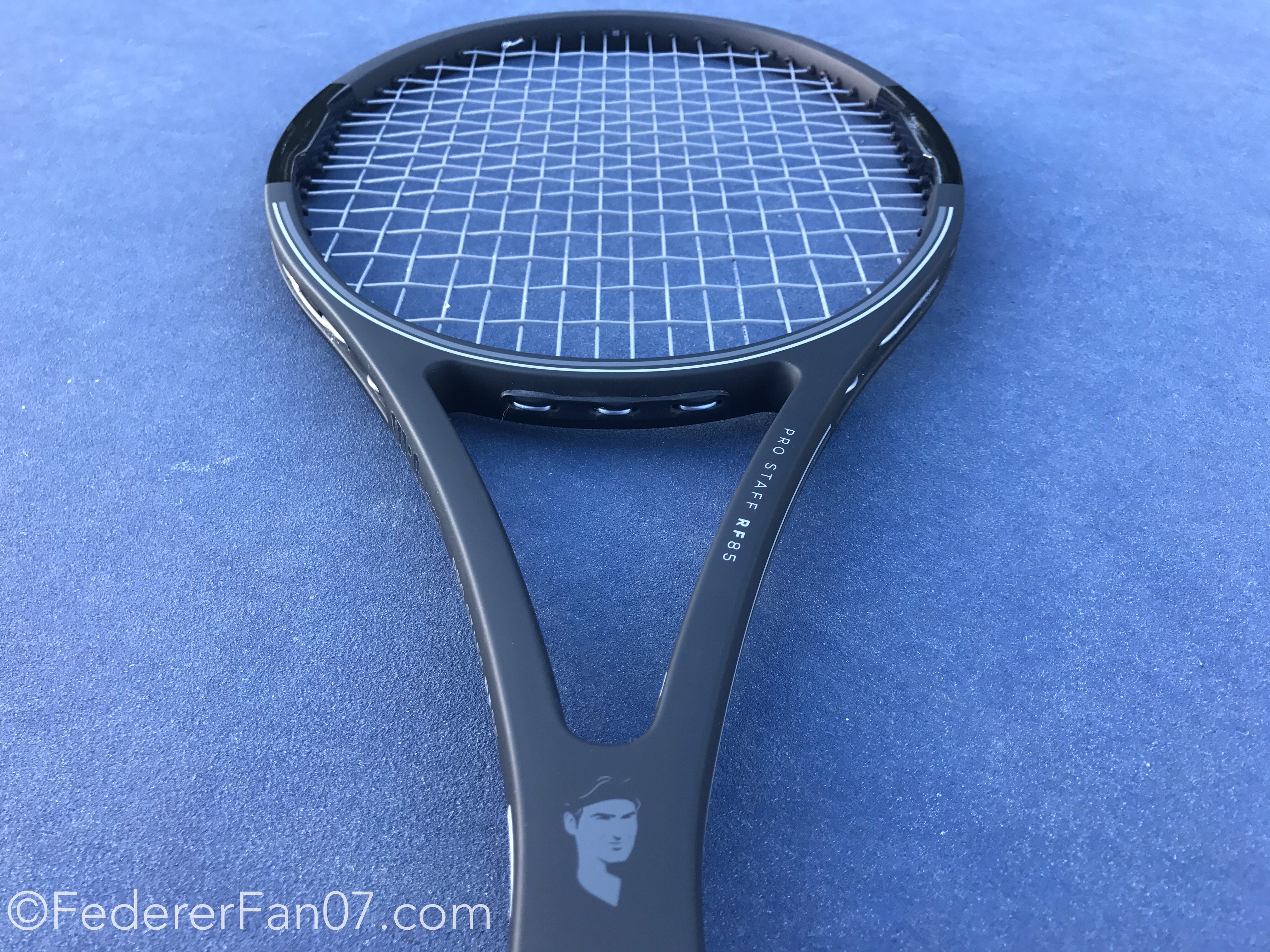 The Pro Staff RF85 brings a near identical look in design as the current RF97, with a matte black finish, complimented by glossy tuxedo black look at the 3 and 9 o’clock locations (PWS – Perimeter Weighting System, for those that remember) on the racket. On the front of the frame is an engraved image of the Swiss maestro, and specifications are listed on the inside of the throat.

The game has changed a lot, with much more spin and longer rallies, but there’s a nostalgic feeling when swinging the Pro Staff RF85, and it’s all about feel. Classic feel. There has always been very little forgiveness playing with an 85 square inch, heavy racket, but meeting the ball out in front and preparing well as you rotate into the ball with classic mechanics brings rewards you can reap for hours. Slicing with this racket felt like carving the ball with a knife. Hitting volleys was a pleasure, as the Pro Staff RF85 was solid as a wall at every ball that came my way. Serves and overheads felt very strong, and I could tell my hitting partner was finding it harder to deal with the flatter, heavier shots coming off my shots with the Pro Staff RF85. 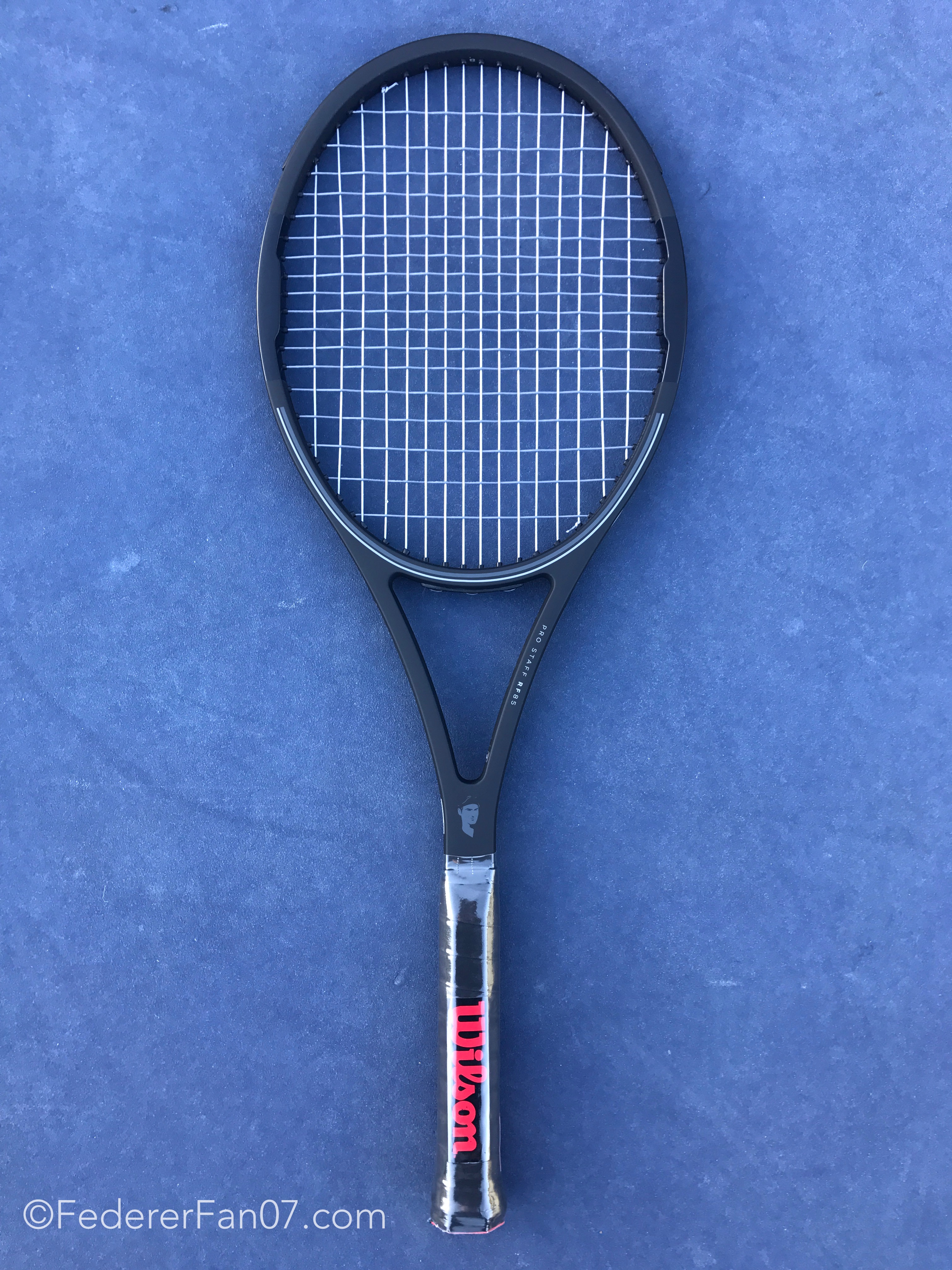 The level of precision, touch, and feel all around when making contact out in front is unmatched. Early preparation and hitting every ball out in front is necessary with this frame. The Pro Staff RF85 Limited Edition, like the original model, is not for everyone. However, for a player with classic strokes, who prefers a true, player’s racket, this is as good as it gets.