Federer Breezes Past Matosevic in Brisbane

Roger Federer breezed his way into the Brisbane International semifinals Friday night, as it was one way traffic from start to finish against Marinko Matosevic. The Swiss maestro, who already appeared quite comfortable with his new racquet in his first match, swung freely and offensively off both wings. He served seven aces in the first set alone. With the match never in doubt, Federer was opening up his game; a forehand slice disguised as a drop shot; a backhand down the line taking command of the point.

Federer will face Jeremy Chardy in Saturday’s semifinals, and in doubles, Federer and Mahut will take on #4 seeds Juan Cabal and Robert Farah. Both matches are scheduled for 3pm and 4pm respectively, with a time change likely after rest, for doubles.

Federer Breezes Past Matosevic in Brisbane 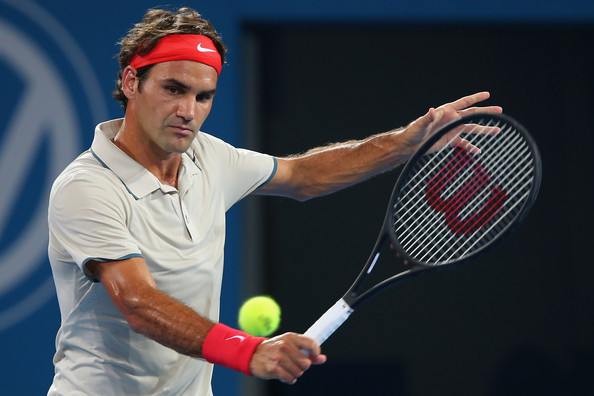