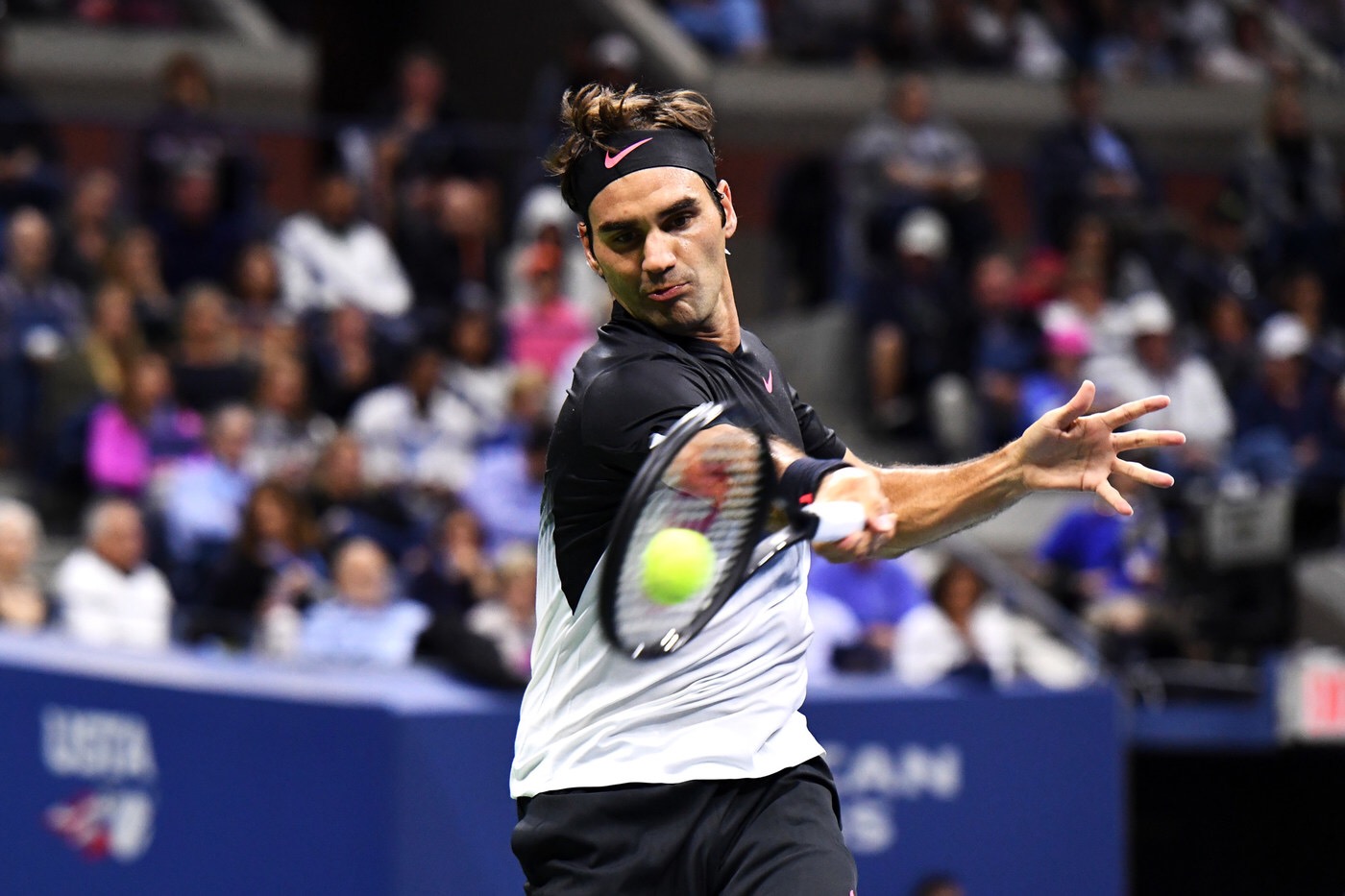 Federer Advances to US Open Fourth Round in Straight Sets

Federer Advances to US Open Fourth Round in Straight Sets – Roger Federer had a much simpler time on court Saturday night in Flushing Meadows, New York. The Swiss maestro defeated Feliciano Lopez in straight sets, 6-3 6-3 7-5, to advance to the fourth round at the 2017 US Open. Compared to his first two rounds, where he needed five sets, the 36-year-old Swiss looked sharper from the onset, dressed in black with his red Flyknit Vapors. Outside of being broken on serve immediately after breaking the Spaniard’s serve himself, Federer played well in the 1 hour 46 minute match, serving 13 aces to one double fault, winning 85% of points on his first serve and 58% of points on his second serve. The 5-time US Open champion hit 32 winners to 16 unforced errors in three sets, winning 13 of 22 points at net, and converting 5 of 12 break point opportunities.

As both women’s matches from the day session went three sets, and Nadal needed four sets and three hours to defeat Leonardo Mayer, the night session began late, with Federer and Lopez walked onto Arthur Ashe stadium at 9:30pm local time, with a women’s third round match to follow. The roof was closed since the day session due to rain. The 19-time grand slam champion raised his head-to-head record against Lopez to 13-0. 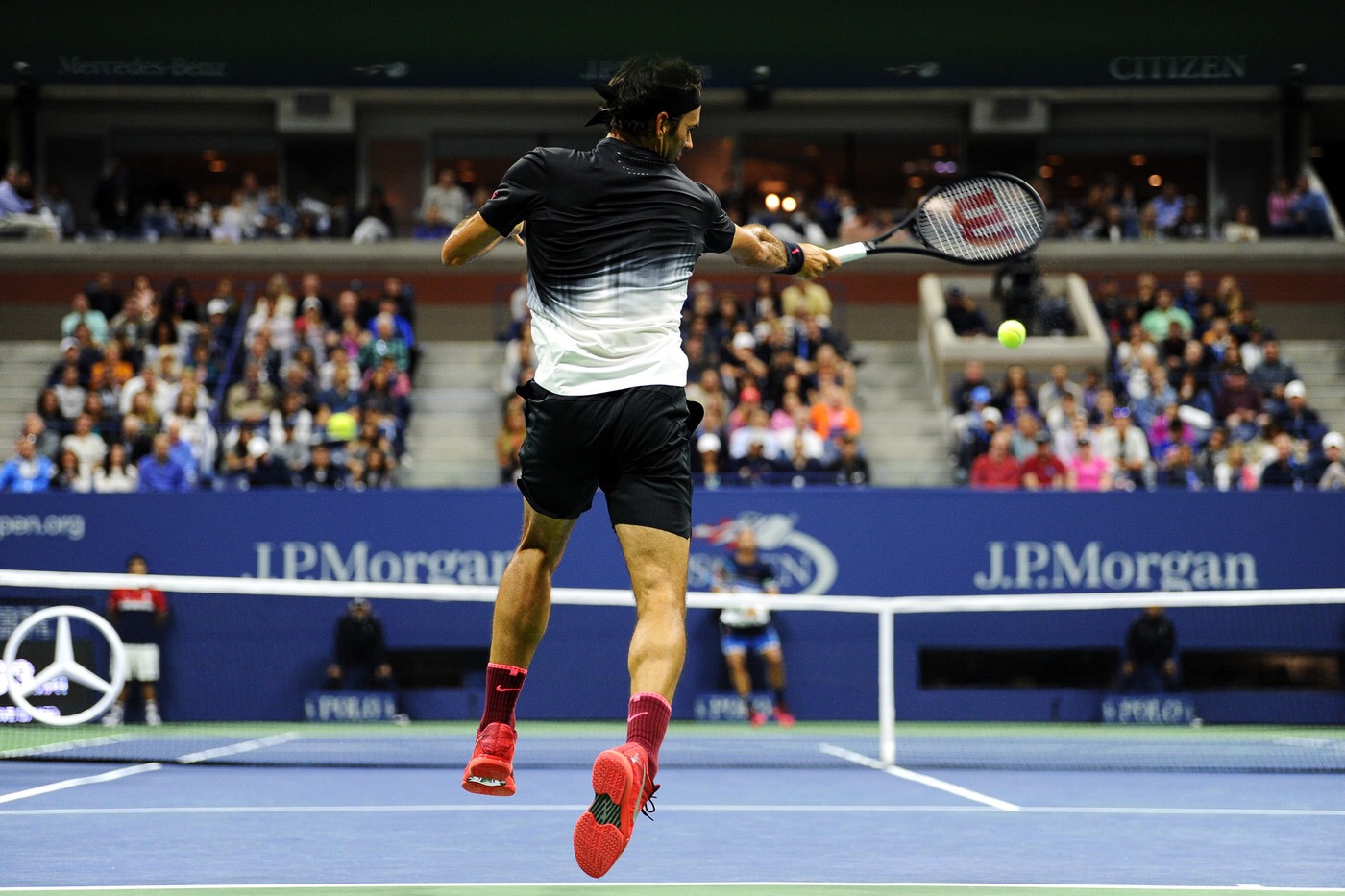 “It was clearly nice to go up two sets to love for a change. Feels different from there,” Federer grinned in reference to his opening two five-set struggles. “Overall I have felt better, too. I was happy I had good energy because I think that was my biggest worry, that somehow after the two five-setters that I had, I was going to feel a little slow, hard to throw the engine on, that I would have to force myself so much, I would get tired from that.

“It didn’t happen. I think I really got off to a good start. The first set was fast. Then the second set was close. Maybe I was struggling with my serve for a little bit to keep the level up … It was also good to get through those tougher moments.

“A little bit of a wobble in the third maybe. But it’s all good. I’m really pleased with the performance.”

Federer moved into second place in the all-time aces list during his win over Lopez. The Swiss came into the match four aces behind Goran Ivanisevic. He hit 13 aces on Saturday night for a career total of 10,140. Note: ATP began tracking ace totals in 1991. Federer’s career aces total does not include results from Davis Cup, the 2000 and 2004 Olympics, and the 1999 Basel second round.

Federer Advances to US Open Fourth Round in Straight Sets 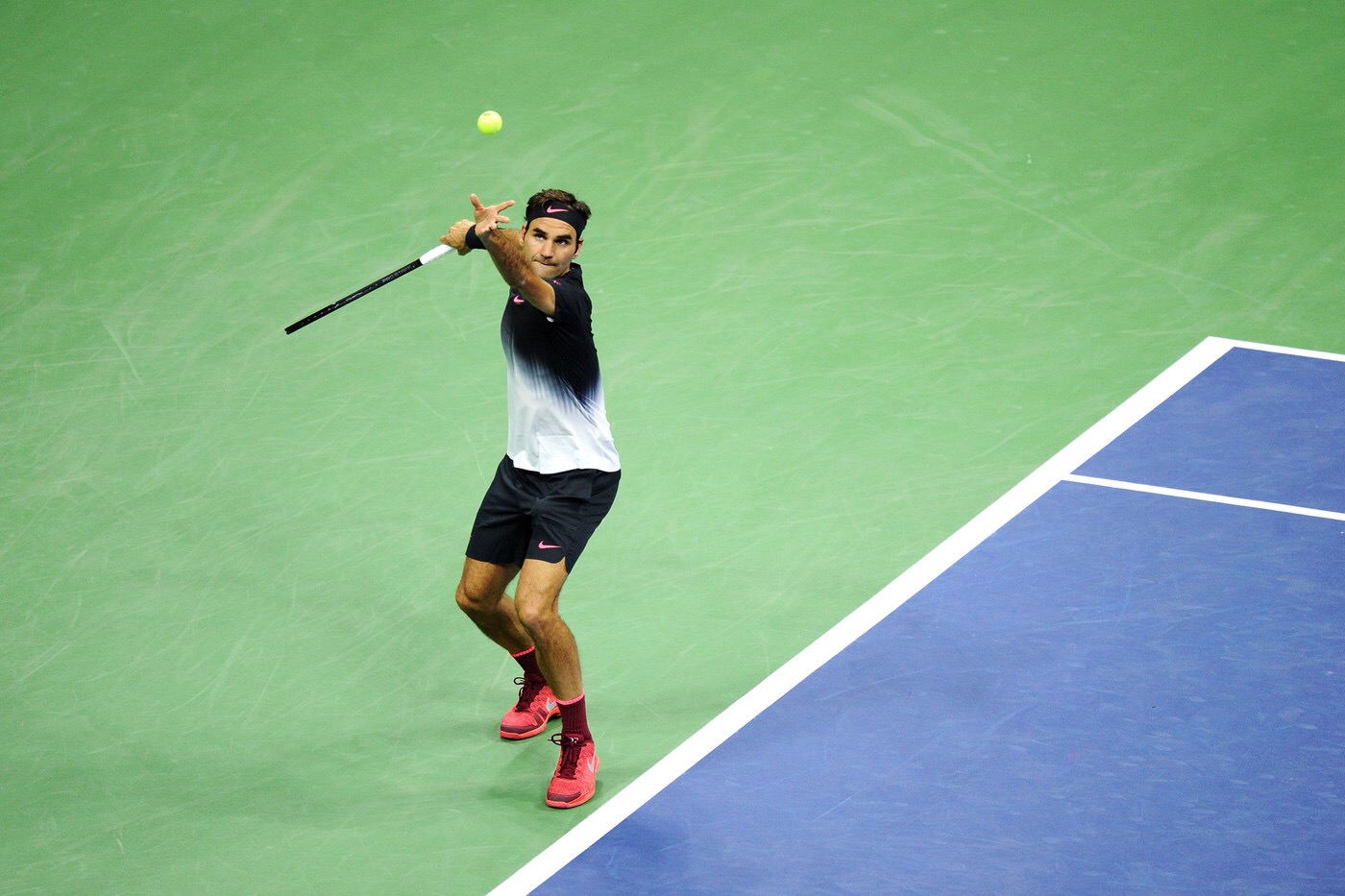 “I guess I maybe needed just a few hours here on this court,” Federer said. “I needed to get over the fear of the back issue, especially in that first match, the first set. Then I think the wobble I had in the second round was due to my preparation.

“I think now I’m just trusting my movement better. My serve is there. My mind is there. I can finally focus on playing tennis and not so much, you know, about the past. So it’s nice to be in the present in my mind, looking ahead, thinking tactics.”

Federer will face Philip Kohlschreiber on Monday in the fourth round, against whom he has a 11-0 record. The two previously had a few close matches, including three setters in Halle and Basel in 2015. The Swiss also defeated the German in straight sets in the third round of the 2015 US Open.