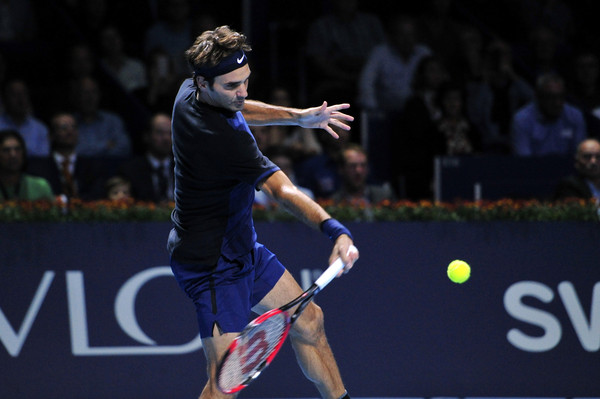 Top seed and six-time Swiss Indoors champion Roger Federer was pushed to three sets to reach the quarterfinals in Basel, defeating Philip Kohlschreiber 6-4 4-6 6-4. The win keeps the Swiss maestro perfect against the German. Thursday night’s match marked only the third set dropped in eleven meetings. Federer hit 13 aces and two double faults on 61% first serves put into play. He won 88% of points on his first serve and 55% of points on his second serve, an area of weakness that Kohlschreiber took advantage of to break in the last game of the second set. Behind home crowd support, Federer pushed through, firing 35 winners. He was most impressive at net, winning 26 of 32 points, as well as on break points, converting two of three chances.

Pivotal was the break at 4-all in the deciding set, after which the 34-year-old Swiss comfortably served out the match in 1 hour 38 minutes. 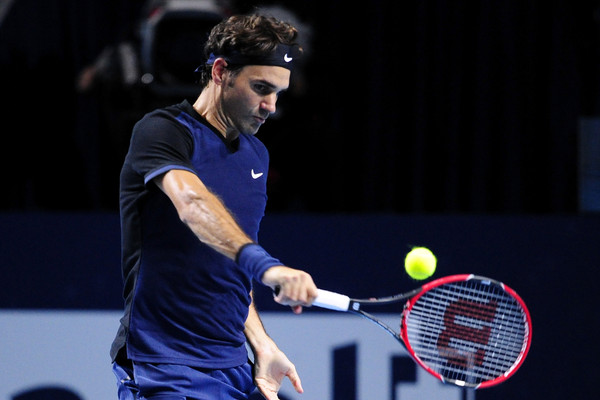 After the match, the Swiss reflected on the struggles midway and being back in the quarterfinals, where he will take on David Goffin in a rematch of last year’s final. “It was extremely difficult, especially midway through the second and the beginning of the third,” said Federer. “It was a tough set and a half for me. I wasn’t struggling, but I wasn’t quite feeling it.”

“The spectators tonight maybe gave me that last push I needed, giving me energy and carrying me over the finish line,” said Federer of the home crowd.