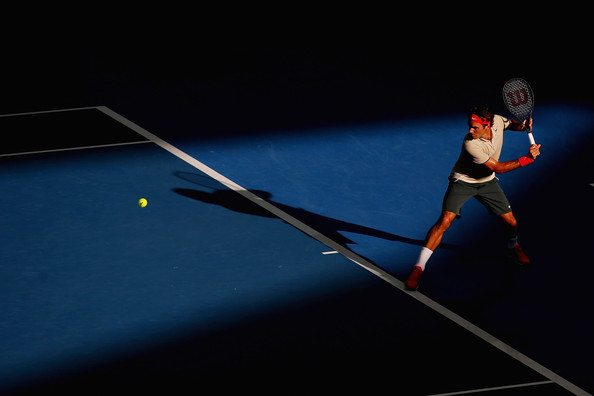 A routine start, a closer second set, and then a mild bump on the way. Roger Federer had to dig deep Saturday afternoon against Jeremy Chardy in the Brisbane heat, as the Frenchman found his groove for a brief period of the match, giving him the second set and break points in the opening game of the final set. The Swiss maestro eased his way to a one set lead, but Chardy tightened his game and kept the match close from there on out.

His variety began to frustrate Federer a bit, who let out a “great serve” remark early in the third set to encourage himself forward. With Chardy’s groundstrokes carrying his service games, Federer had to take chances, which he did in navigating through the eighth game of the final set. With the break in hand, he comfortably served out the match, 6-3 6-7 (3) 6-3.

Federer’s serve was remarkable, firing 21 aces, nearly single-handedly keeping him from slipping up in the final set. He will face Lleyton Hewitt in Sunday’s Brisbane International final. Hewitt defeated Nishikori in a grueling 5-7 6-4 6-3 victory earlier on Pat Rafter Arena.

In doubles, played after about one and a half hours on Show Court 2, Cabal/Farah defeated Federer/Mahut in a closely contested semifinal match, 7-6 (5) 6-3. 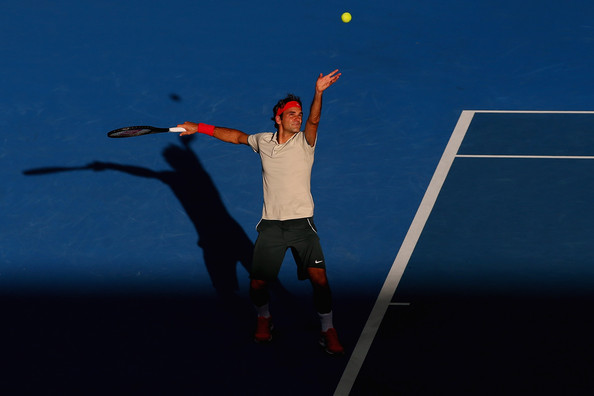