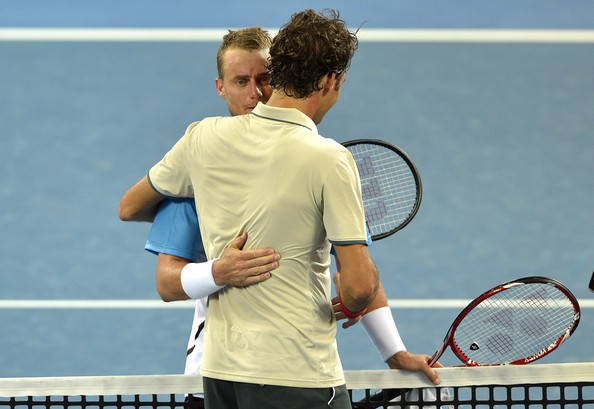 After arguably the worst start to a match, let alone a final for Roger Federer, his game coming back to life was not enough Sunday afternoon at the Brisbane International. Lleyton Hewitt’s tenacity from the get-go and his resistance against the Swiss maestro’s brief turnaround during the match proved to be the difference. Early on, thoughts were on Federer’s five sets played the day before, late into the evening. Perhaps the Swiss star wasn’t able to recover enough by the afternoon. While that may have been the case mixed in with Hewitt’s aggressive tactics, Federer pulled himself out of big trouble, at least postponing Hewitt’s 29th ATP World Tour title.

Facing break point down 3-4 in the second set, the Swiss maestro’s game elevated for a brief phase, firing two aces to hold, and breaking the Australian immediately after. Then he hit another three aces in a row for a rapid quick hold, serving out the set to the delight of the sold out crowd at Pat Rafter Arena.

Where the phase ended however, was early in the third set, where Hewitt took advantage of a couple errors to break. Federer’s level of resistance dropped a tad, enough for the long time rival to serve out the match, 6-1 4-6 6-3. It marked the 27th meeting between the two grand slam champions. Federer entered the Brisbane final leading their head-to-head 18-8, losing just once in the last 17 meetings. 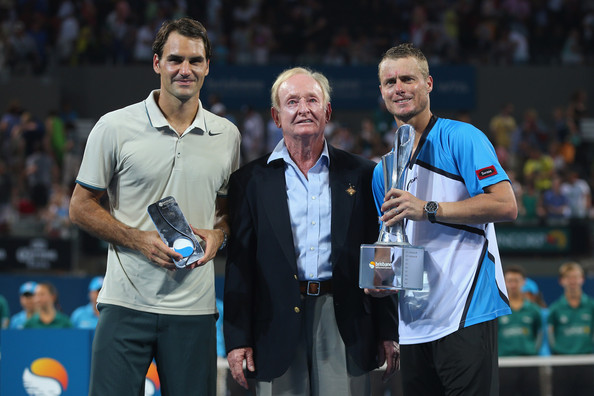 Next on schedule for Roger Federer is an exhibition match with Jo-Wilfried Tsonga, “A Night with Roger Federer and Friends,” to be held at Rod Laver Arena on January 8. The year’s first grand slam follows, beginning January 13. Check out Roger Federer’s 2014 Australian Open Nike Outfit. Watch full coverage from the first round to the finals on FF07tv.