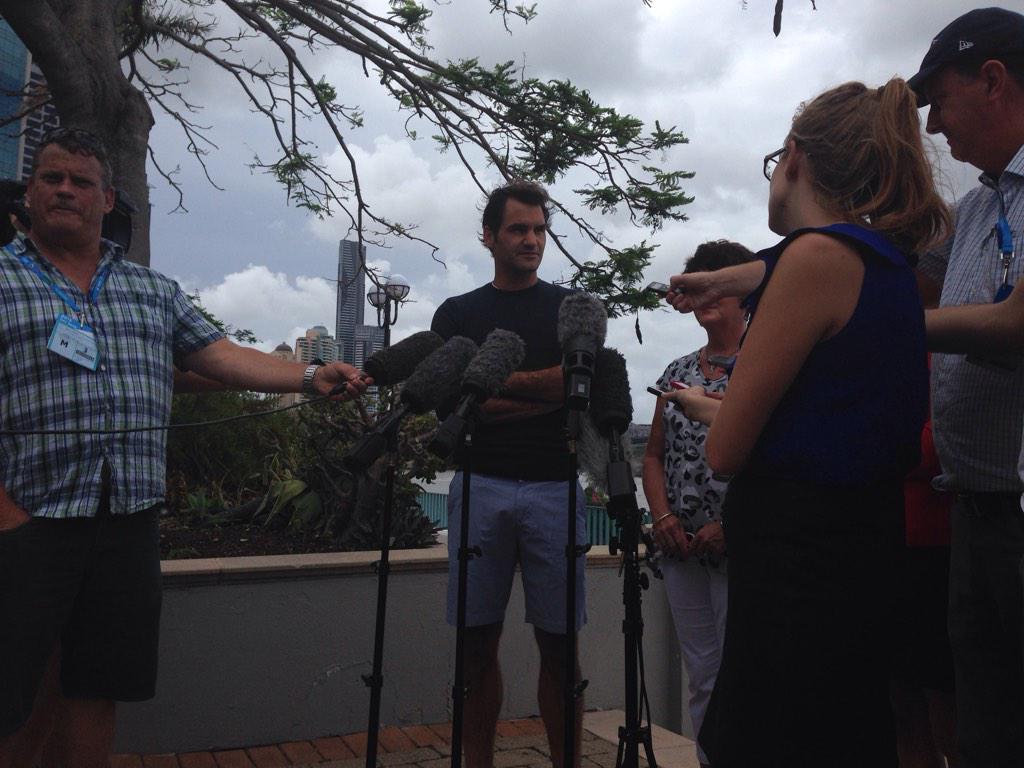 Roger Federer landed in Brisbane, Australia, Saturday morning, greeted by tournament organizers as he begins his 2015 season at the Brisbane International. The Swiss maestro finished a resurgent 2014 season, ending the year as world #2, and is the #1 seed next week, with several other top players in the draw.

The 33-year-old Swiss, finalist in 2014, receives a first round bye. He faces either Australian John Millman or a qualifier in the second round, with the likelihood of meeting Gilles Simon in the quarterfinals. Fourth seeded Grigor Dimitrov is projected to be his semifinal match-up. 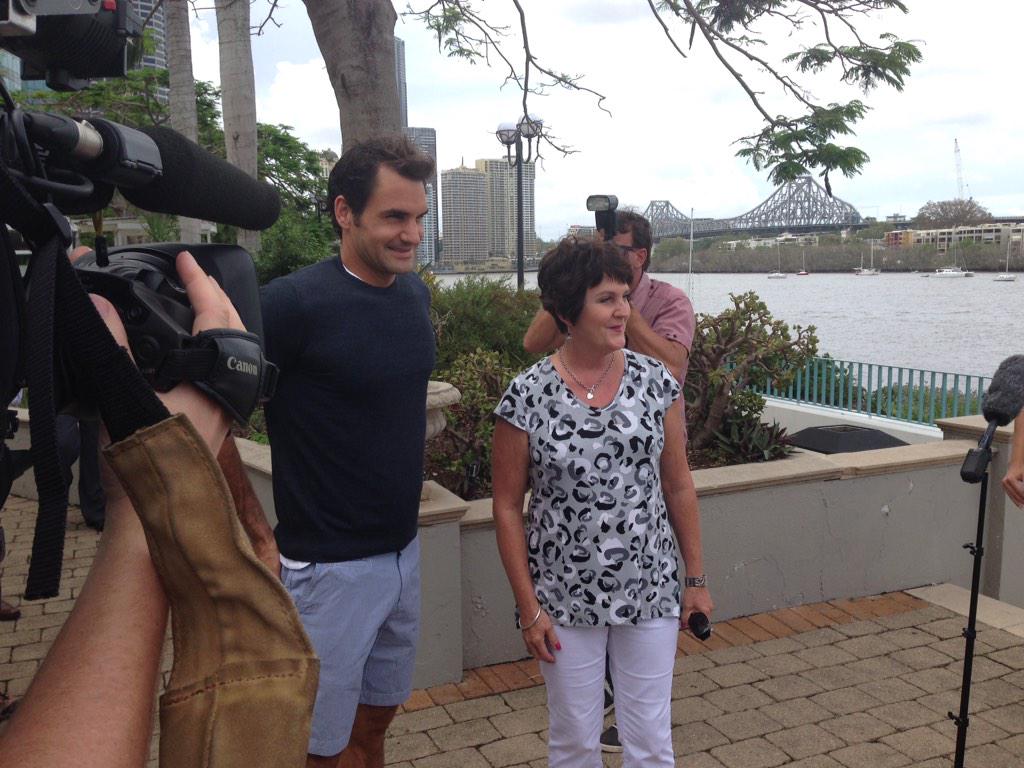 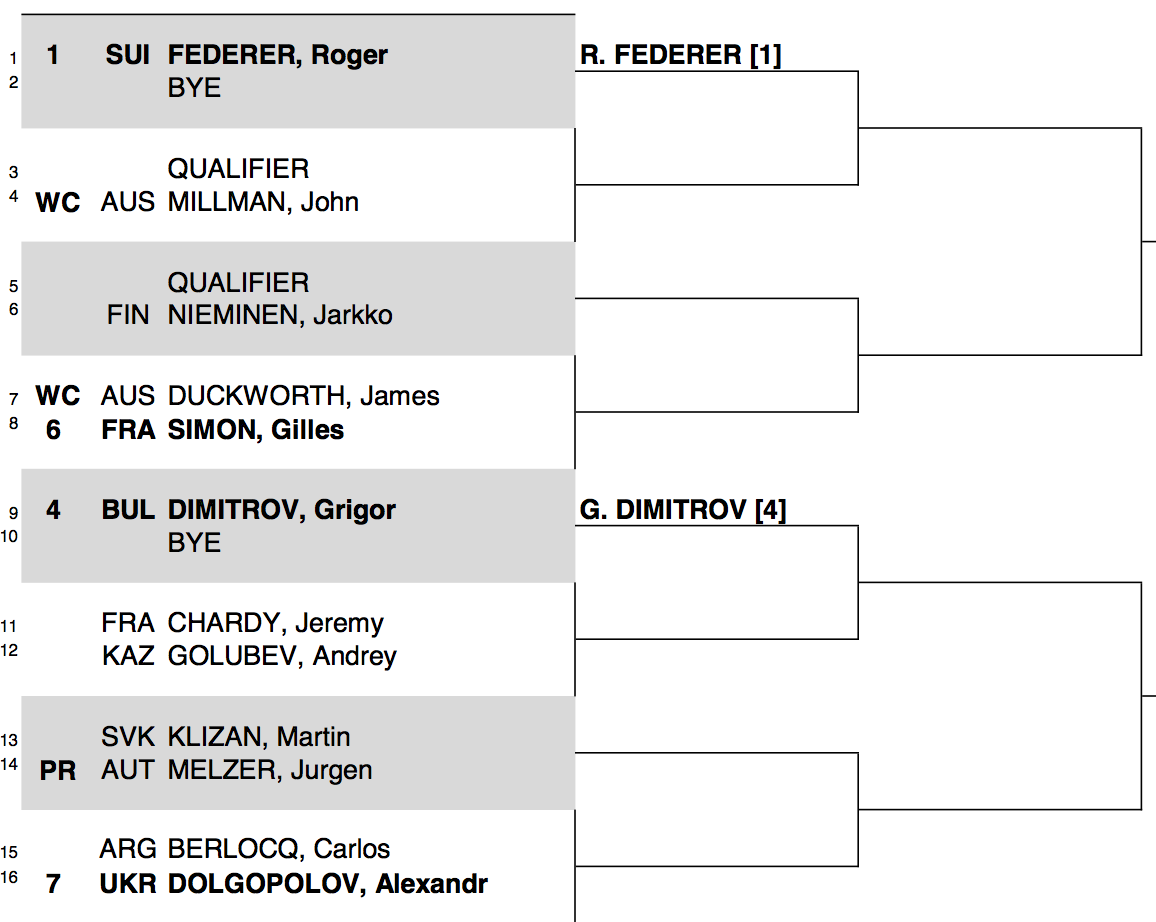 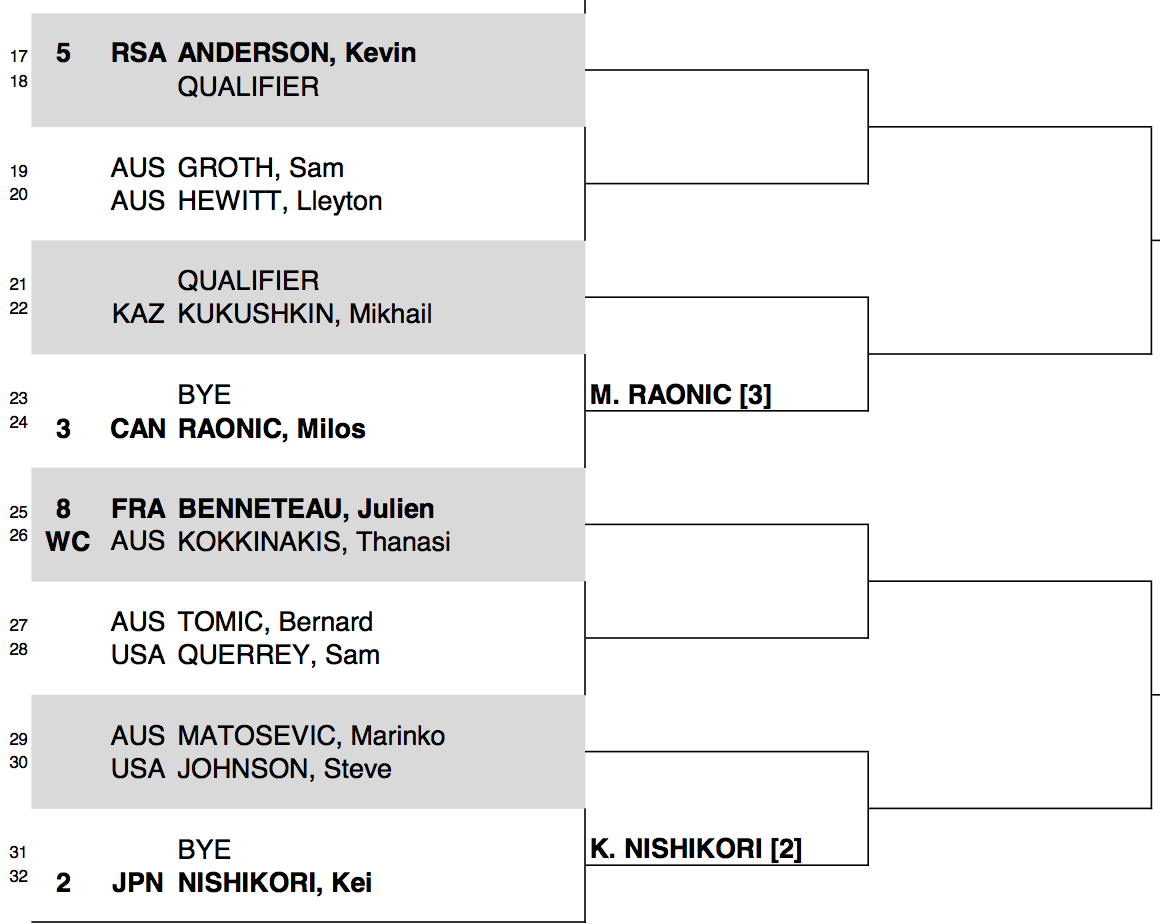