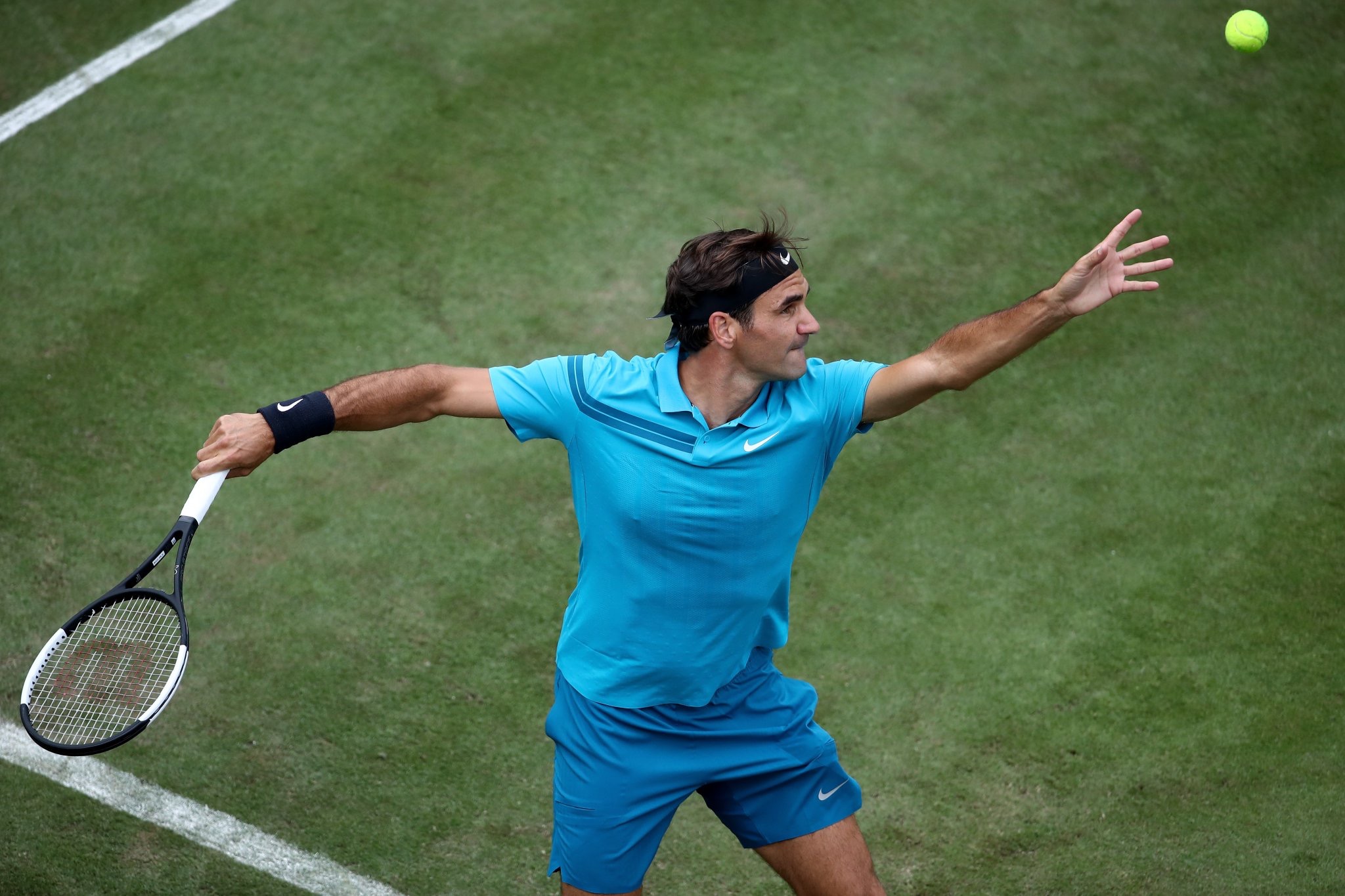 Federer Makes Winning Start to Grass Court Season in Stuttgart – Roger Federer needed three sets to advance past Mischa Zverev Wednesday afternoon in his opening match at the Mercedes Cup. The Swiss maestro showed some signs of rust, naturally to be expected after not playing for almost three months. The 30-year-old German broke at love for a 5-3 lead and went on to winning the first set, which was the first set he won against the 36-year-old Swiss in six matches. After Federer saved two break points to hold serve in the opening game of the second set, he began to become comfortable in the match, breaking Zverev for 4-2, however it was only momentary, as he was broken right back for 4-all.

The 20-time grand slam champion held serve for 5-4, and then broke at love to even the match at a set all. Finding his range in the third and final set, Federer broke at love for 3-1, and broke once more in the final game to clinch the match, 3-6 6-4 6-2, advancing to Friday’s quarterfinals.

“Three months is a long time, it’s longer than the year-end break. So I’m very happy returning on good terms onto the Tour,” Federer said. “It was difficult, missed some chances maybe in the first set… He connected well at the right times.

“And then I found a way, I found my rhythm… I’m very happy with how I played. I’m super happy to be back on Tour. It’s been a great start.”

“It was difficult from the start… We both knew, going into the match, a passing shot here or there, or maybe a half volley, a return or a pick-up or something was going to make the difference,” said Federer. “I think maybe I just created a few more opportunities than he did. I was able to play better as the match went on and that is something I can really build on.”

“It feels good to win again. I’ve lost my last two matches,” said Federer, who lost to Juan Martin del Potro in the Indian Wells final before playing in Miami. “It’s nice to get a fresh start here.”