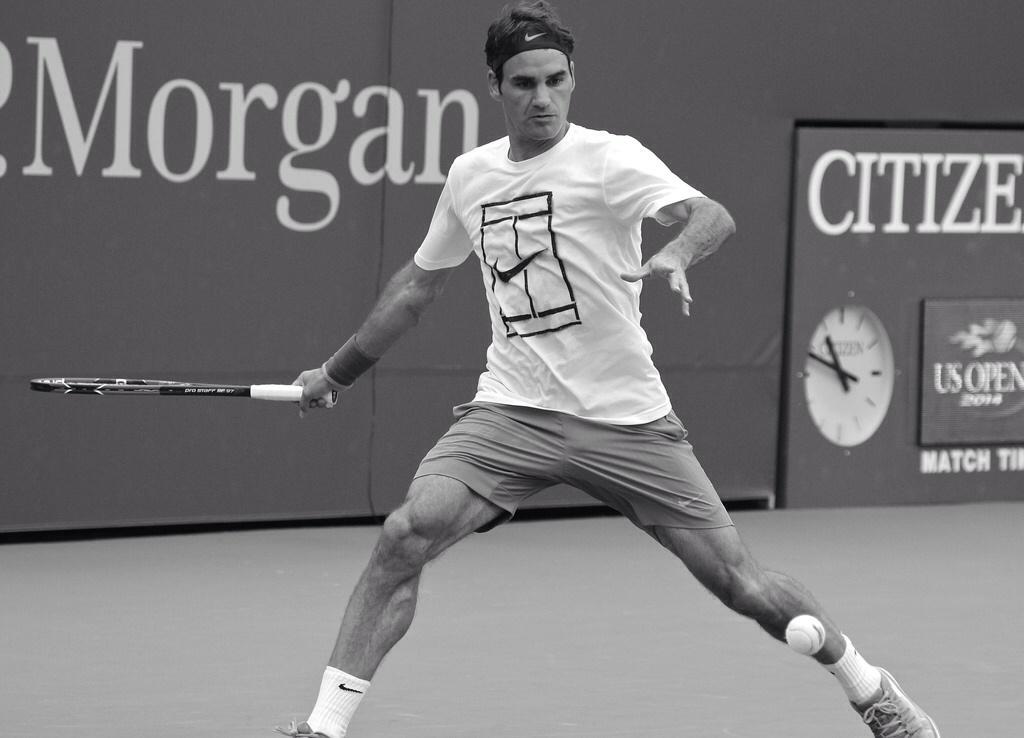 Roger Federer’s phoenix effect, once again. Heading into the US Open in 2013, the 17-time grand slam champion was, by the standards he’s set, struggling. An early loss at Wimbledon for the first time in over a decade, confidence troubles, back troubles, experimenting with a larger racquet, and watching his ranking drop. The Swiss maestro surprisingly entered two clay court tournaments in July, at Hamburg and Gstaad. He won neither, aggravating his back in the process. After skipping the Montreal masters, he returned in Cincinnati. When he arrived, he practiced with the same blacked out prototype, the first version of his racquet testing. The next day, he was back with his Pro Staff BLX 90, which he would continue to use for the remainder of the season.

Entering the 2013 US Open as the #7 seed, while he may have (and always will) show his smile and eagerness to carry on, Federer was missing his aggressive swagger. If American Express would have taken a second shot at a lost mojo campaign (Roddick 2005), this was it. The 5-time US Open champion lost to Tommy Robredo in the fourth round (his only loss in 11 career meetings), and wouldn’t regain any momentum in his game or practice regime until the indoor season.

In the off season, the now 33-year-old Swiss worked very hard on his fitness. He chose to make the bold move toward a larger racquet from Wilson. The model used to start 2014 was different from the 2013 prototype, receiving some minor revisions along the way. That is now a finished product, the new Wilson Pro Staff RF97 Autograph, the first Autograph series frame from the 100 year old company in decades. 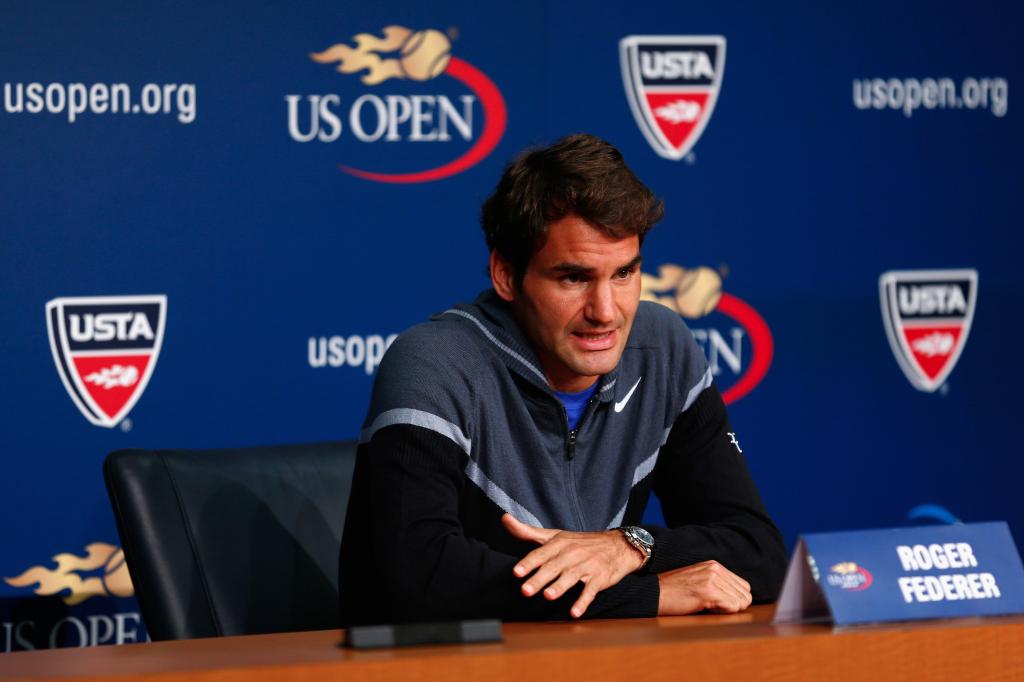 However, the new racquet, supplemented by reinforced fitness and ignited by bringing childhood idol Stefan Edberg onto his team has got everybody saying, ‘Roger Federer is back.’ Going into the final grand slam of the year, the Swiss had just one top 10 win. This year, seeded #2, he’s already got ten, and he’s in contention for finishing the year as world #1, which would be his sixth, tying Sampras for most all-time. In his pre-tournament press conference, Federer was asked whether playing night sessions early in the tournament may work against him come the day semi-finals and late afternoon final. “I hope I have that problem. It’s perfect that we’re talking semis and finals already. It wasn’t like that last year.”

Already in eight finals this season, and fresh off winning his 6th Cincinnati masters title, Federer is one of the favorites to win the 2014 US Open, something even seasoned analysts didn’t think was possible. It is a testament to his health, fitness, and perseverance, to continue playing the way he is. Of course with fierce competition from Novak Djokovic, who recently edged him in the Wimbledon final, Federer is by no means looking ahead.

With his first round match against Marinko Matosevic, the Swiss is focused on nothing further. “I think I have only played him once in Brisbane this year, and I played him very well on a similar court,” Federer said of the Australian. “He’s had some better wins now. This year he’s really moved up the rankings. Clearly I’m aware that he can play some dangerous tennis, but at the same time, I feel like it’s on my racquet. I have to make sure he has to work extremely hard and he knows the finish line is really far away.”

The most consistent player in recent months, Federer has made the past four finals of tournaments he’s entered, while his most formidable opponent, Djokovic, has bowed out early in both Toronto and Cincinnati. Nadal, out with a right wrist injury, combined with no other serious threat for the title makes this year’s Open wide open. The opportunity is once again there for Roger Federer to claim his 18th grand slam title. One match at a time.