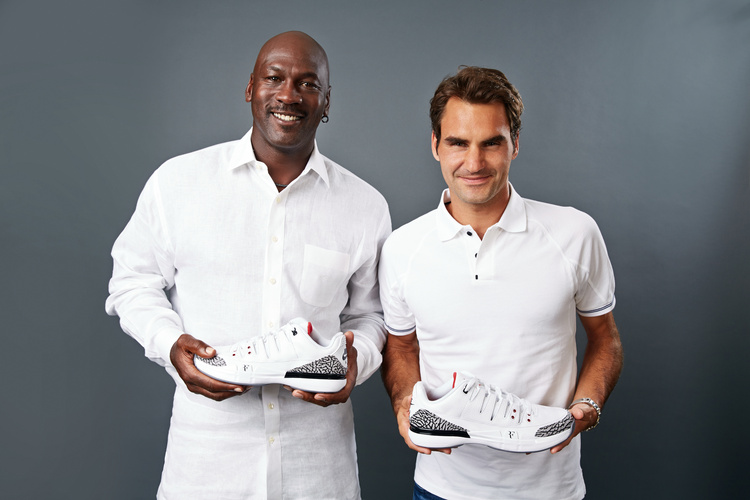 Roger Federer surprised a lot of people as he stepped out onto Arthur Ashe Stadium Tuesday night in New York. The Swiss maestro was expected to walk out in black Nike Zoom Vapor 9.5 Tour shoes, part of his 2014 US Open Nike Outfit. However he came out in sleek looking white shoes, which are the product of an exclusive collaboration between two legends. Just yesterday the 17-time grand slam champion launched his account on Instagram, @RogerFederer, with his first photo being a selfie with none other than Michael Jordan. 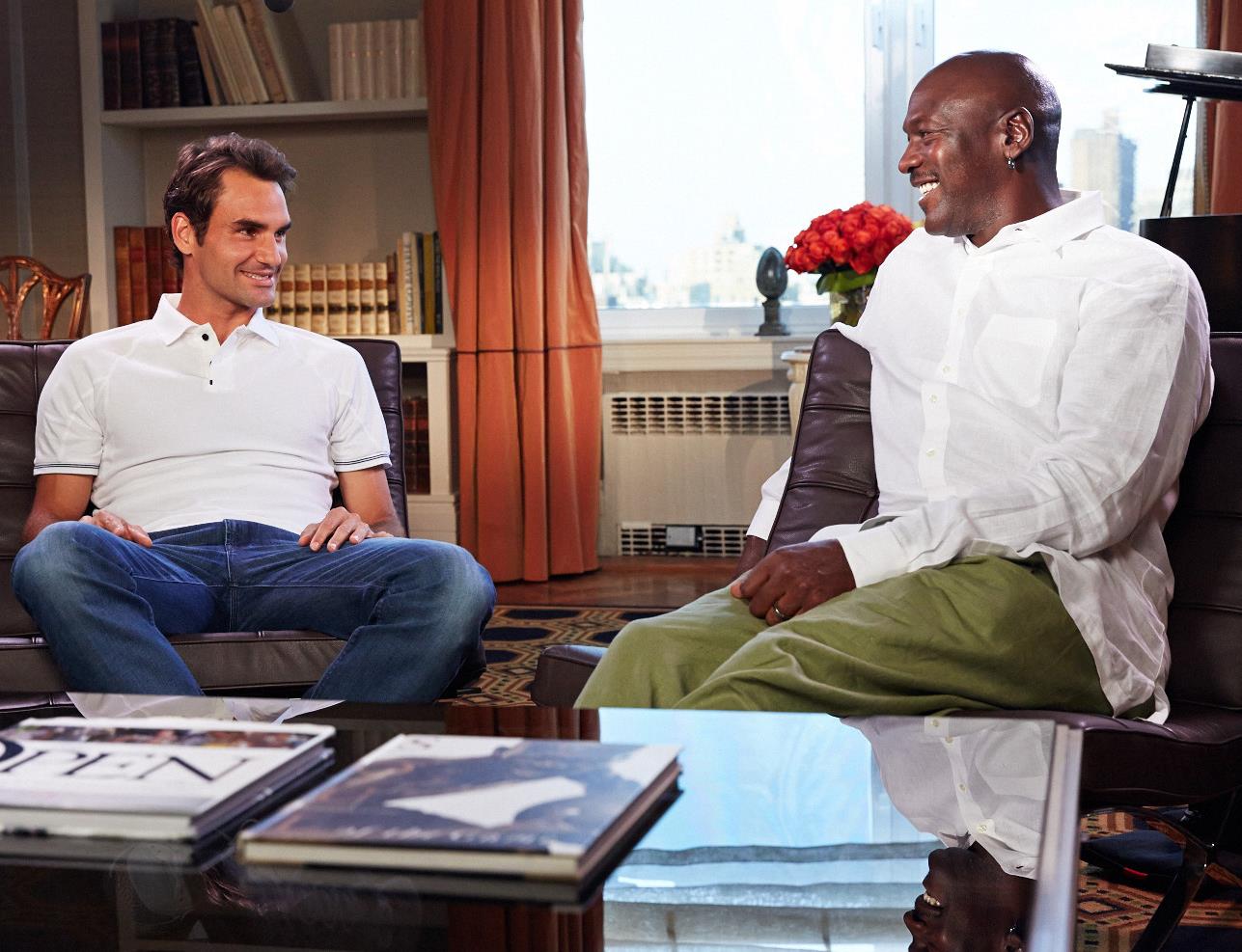 The two are widely regarded as the greatest of all time in their sports, respectively, and over the past year, collaborated together with Nike on a one of kind shoe – the Nike Zoom Vapor 9 Tour AJ3, which is a familiar take to the classic Jordan’s of the late 1980s.

Federer’s latest model resembles the Air Jordan 3, which debuted in 1988. Federer told For The Win via email through a Nike rep that he really got into basketball, soccer and tennis when he was seven years old, the same year the Jordan 3 was released. When he was looking to do a collaboration with the brand’s most legendary pitchman, those were the model of Jordans he liked the most.

Legendary Nike designer Tinker Hatfield, who crafted a bulk of the Air Jordan shoes and has worked on some of Federer’s previous signature models, designed both the Air Jordan III and Zoom Vapor 9 Tour AJ 3 as well. 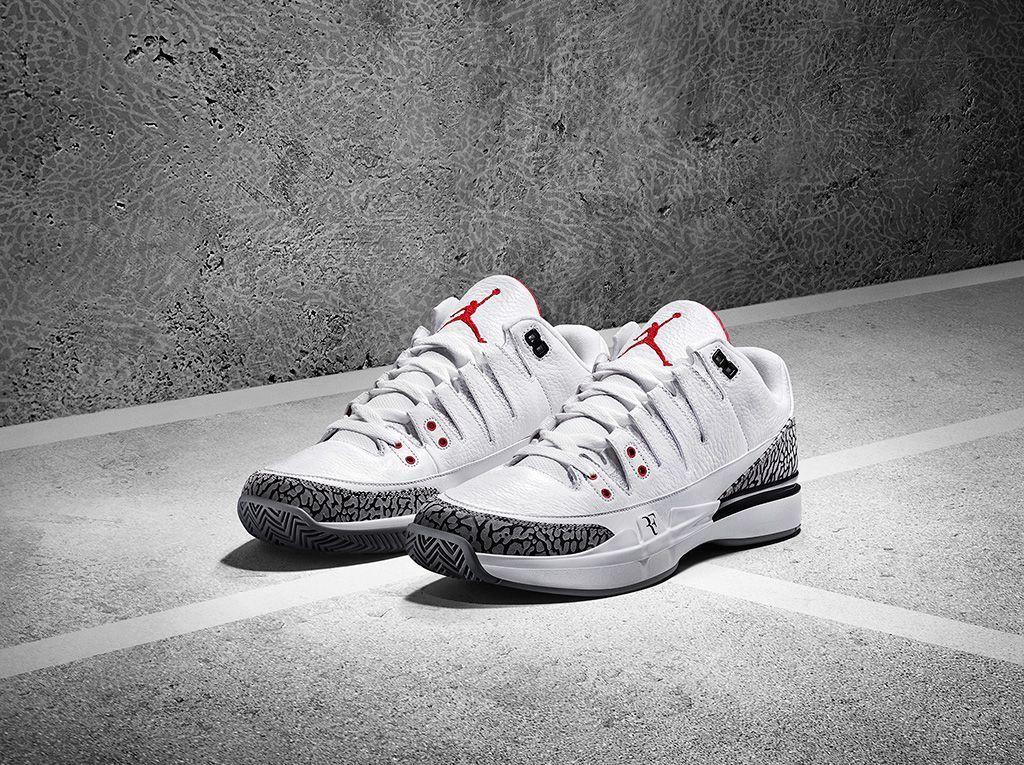 Jordan was quite intrigued when he heard about Federer’s interest in wearing a Jordan branded tennis shoe. “About a year ago, I heard that Roger wanted to design and wear a Jordan shoe on the court. I have followed Roger’s career and have been a big fan for some time now,” Jordan said via a Nike rep. “I definitely thought this could be a really unique and special collaboration and when I heard that Roger wanted the shoe to be modeled after the Air Jordan 3, I was in. To me, this collaboration is not just about style. I really wanted Roger to get involved and understand what he needed from the shoe itself to perform at his best while still having the look and feel of a Jordan sneaker.” 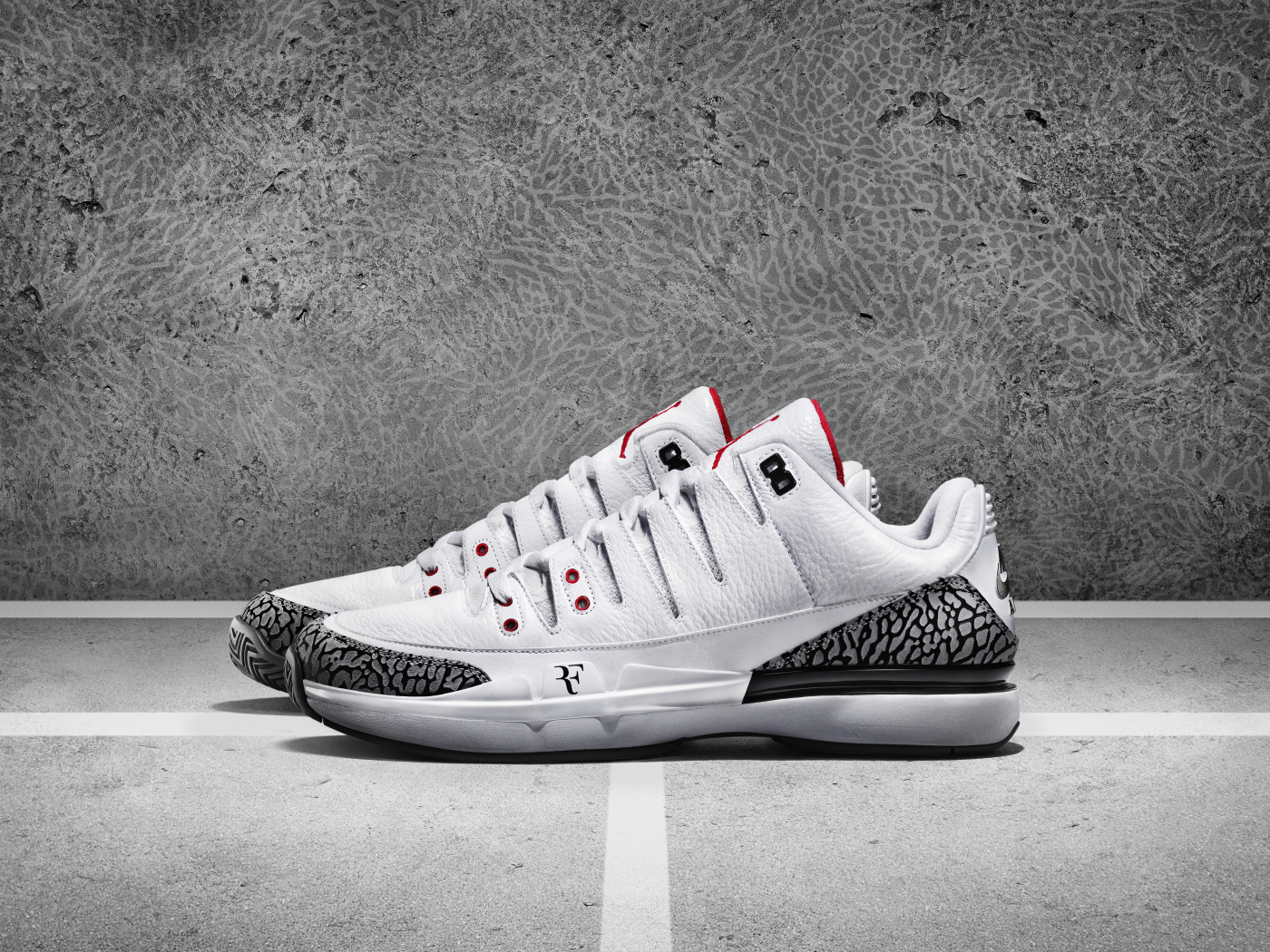 Michael Jordan attended his first ever tennis match, and picked a good one to be at. The debut of the Nike Zoom Vapor 9 Tour AJ3, sported by Roger Federer in his first round match at the 2014 US Open. 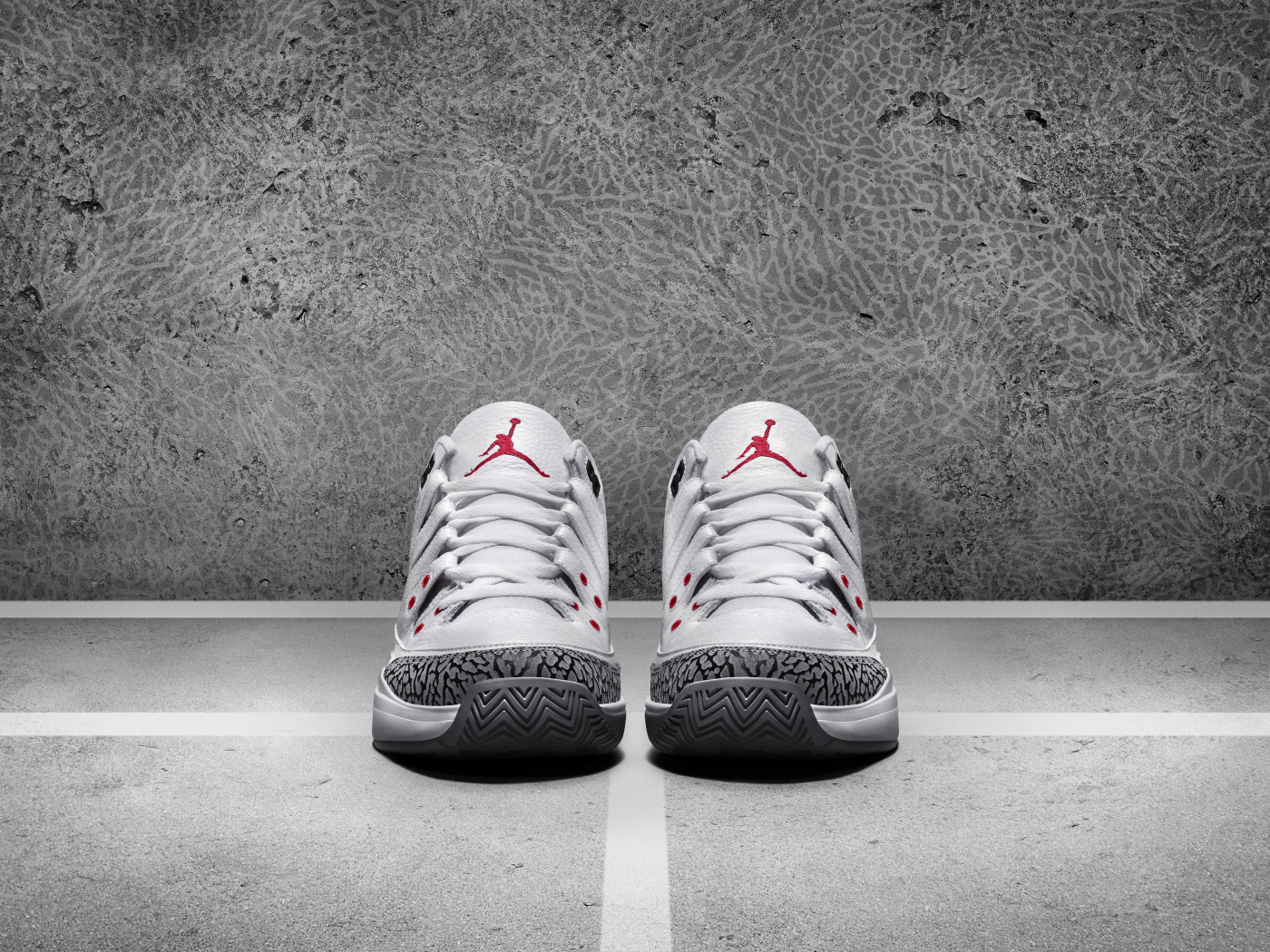 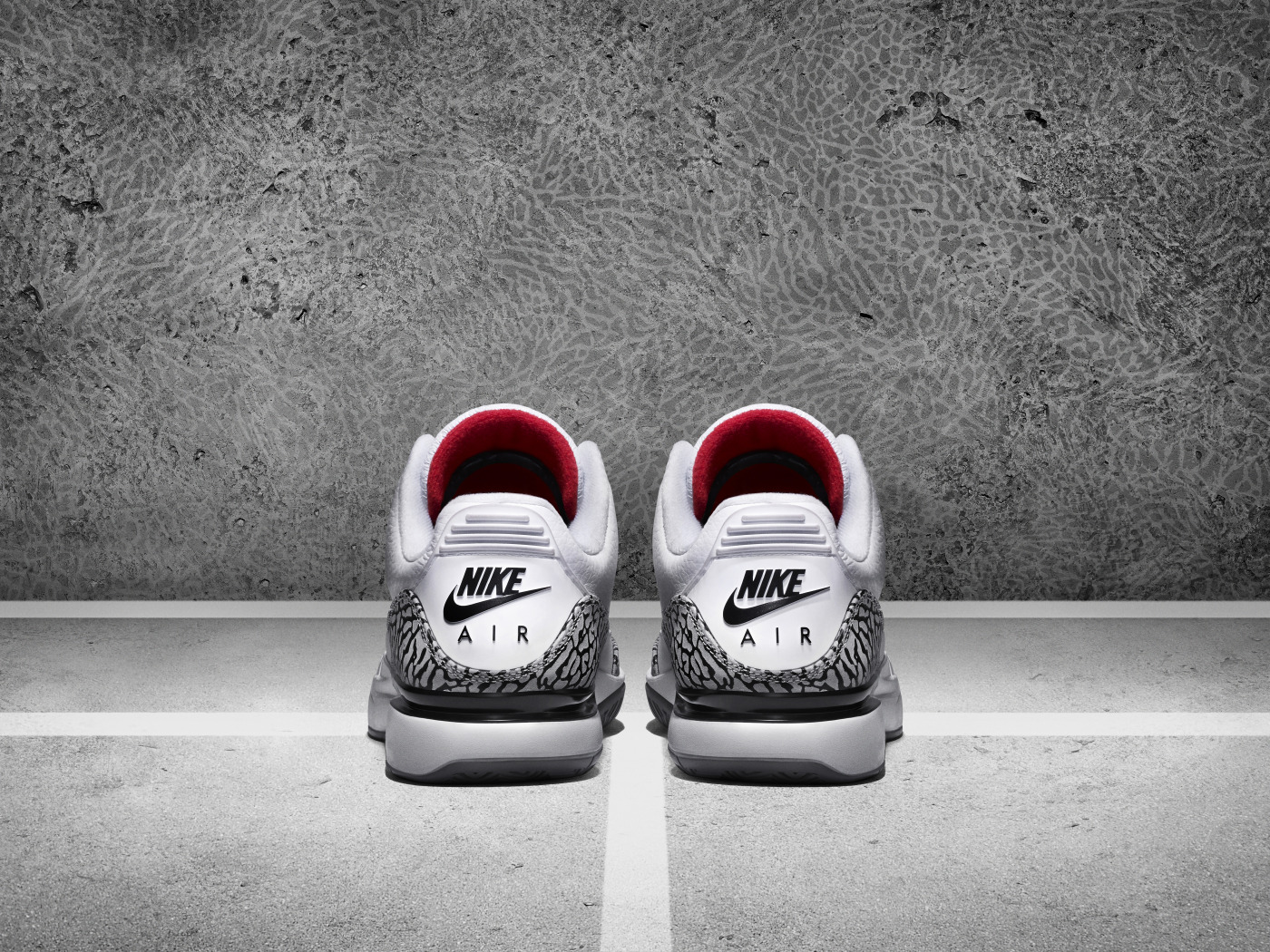