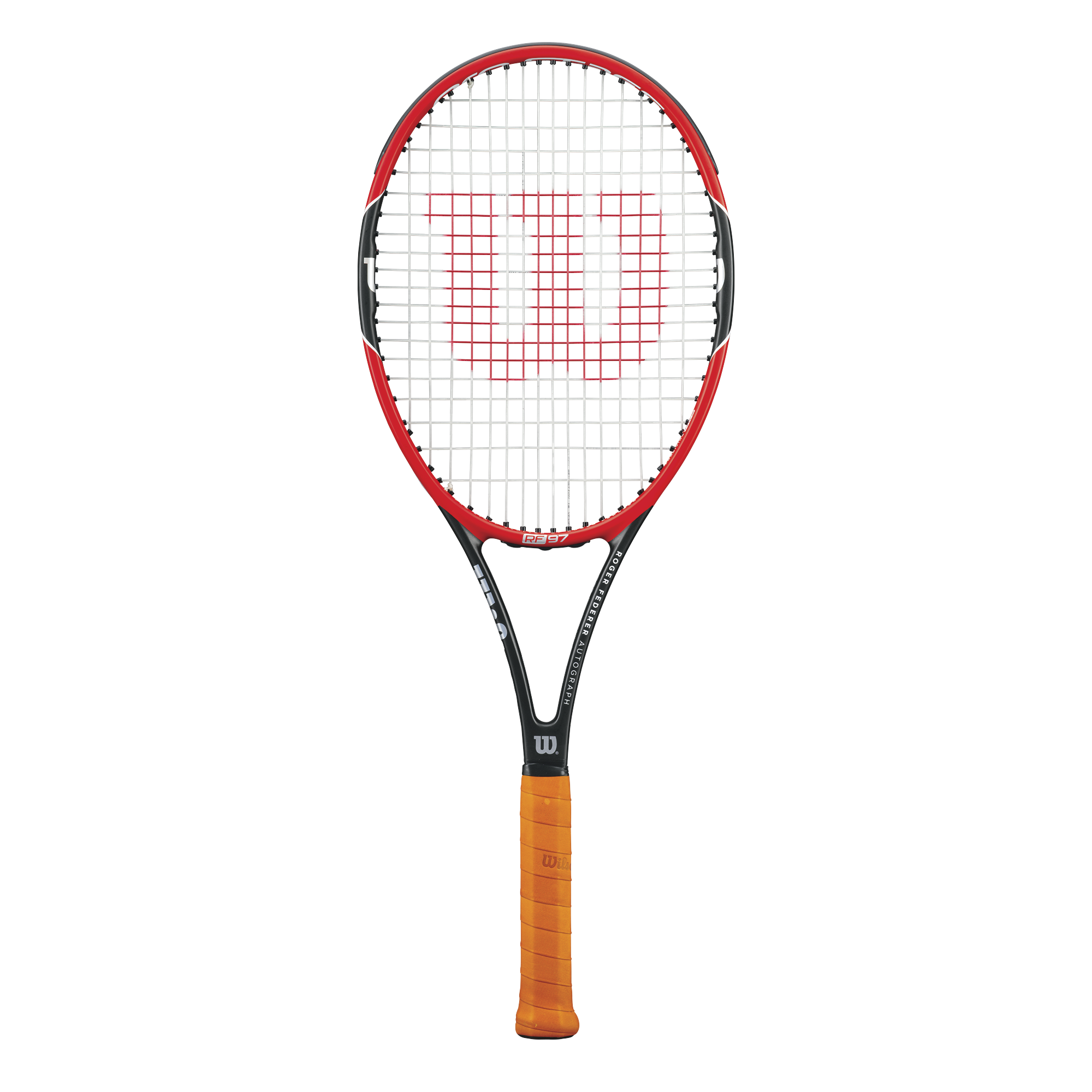 Wilson has officially unveiled Roger Federer’s new Pro Staff RF97 Autograph. The blacked out frame used by the Swiss maestro during the 2014 season thus far has received a final design, featuring red and black colors. Pricing will be announced in the near future, while the projected release date remains October 1, 2014 (pre-orders begin August 15, via select online retailers and tennis shops). The 17-time grand slam champion gave fans a first look himself via his Facebook and Twitter accounts, before his first practice session with Benoit Paire ahead of the 2014 Rogers Cup (Toronto masters). See full racket specifications for the RF97, as well as the new Pro Staff 97, 97LS, and 95S. 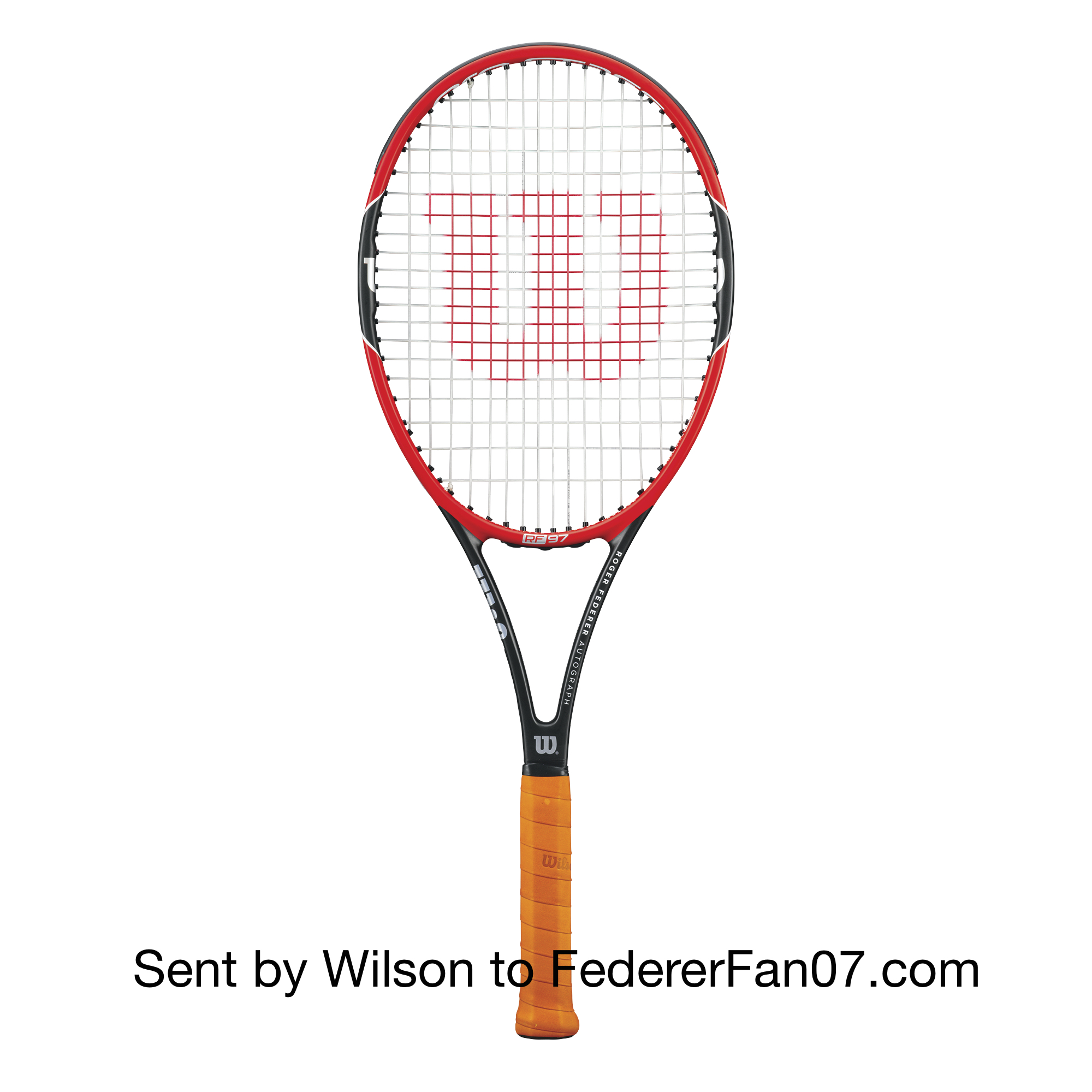 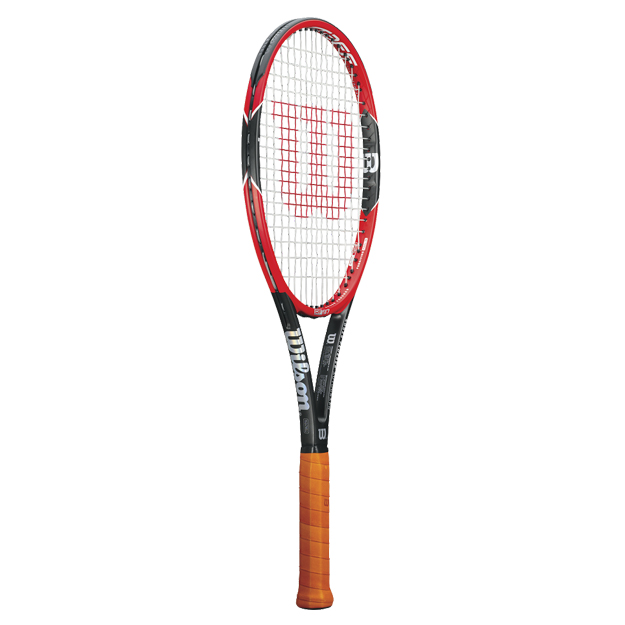 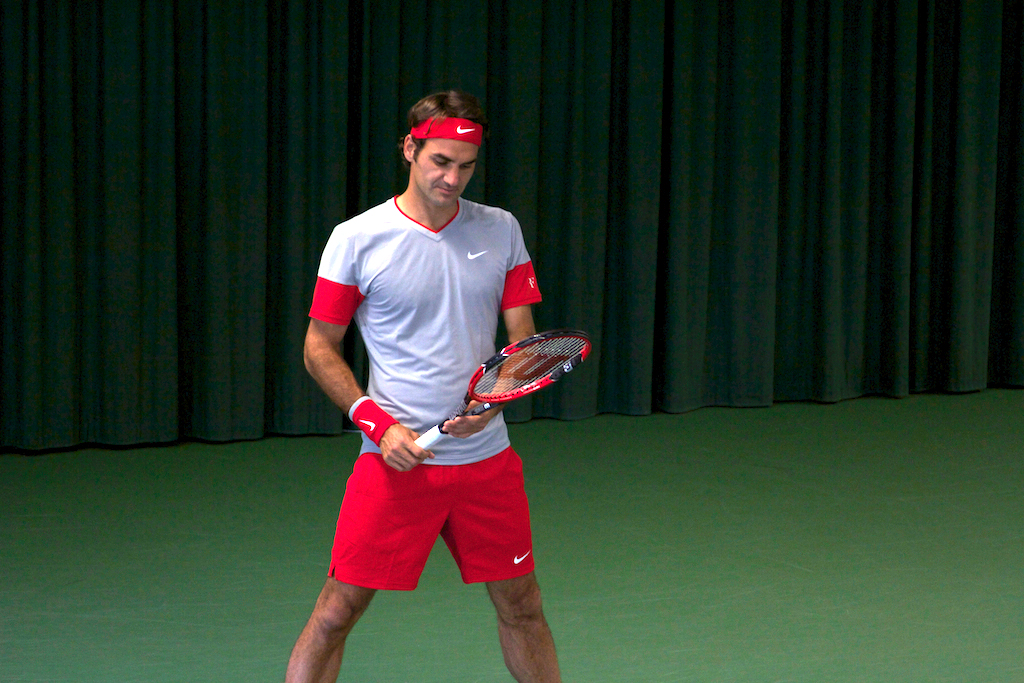 CHICAGO, July 31, 2014 – Since Wilson Sporting Goods Co. and 17-time Grand Slam Champion Roger Federer announced the technical specifications of the Wilson Pro Staff line in early July, the tennis community has eagerly awaited the final look of the rackets. This weekend, the stealthy, matte black racket will give way to a new design inspiration for the Wilson Pro Staff RF97 Autograph and the line of Pro Staff rackets.

The new family of Pro Staff rackets underwent an aesthetic reinvention worthy of its performance specification evolution. The Wilson Pro Staff RF97 Autograph will feature a black throat and red hoop. Red is a color with close ties to both Federer and Wilson and black is a color prevalent in past Pro Staff rackets. Black standardized design elements have been placed at three and nine o’clock on the hoop to ensure Pro Staff rackets are unmistakably Wilson, while infusing a fresh, youthful look. 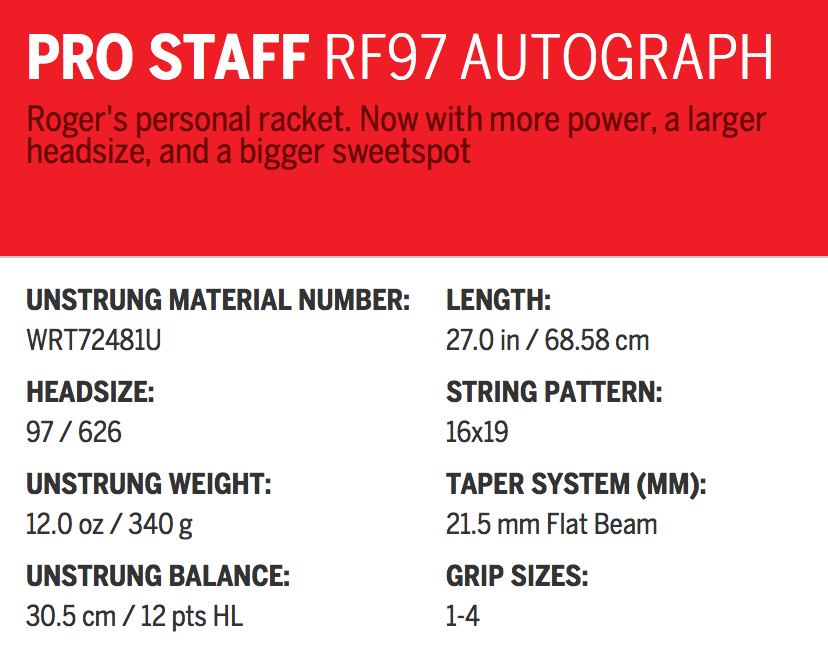 “This is a great example of the synergy that exists between Wilson and the tennis community,” said Mike Dowse, Wilson Sporting Goods Co. President. “As a brand, we are committed to listening to the needs of our professional and recreational players. With the new Wilson Pro Staff RF97 Autograph racket we have created a stylish design while maintaining the premium performance and feel.”

The story behind the final graphics package for the Wilson Pro Staff RF97 Autograph proves their intimate connection with tennis fans. Wilson executives discovered Peter Figasinski, a freelance graphic designer and life-long Wilson racket player, after he posted a design concept on a popular tennis forum. After tracking down Figasinski, Wilson signed him to a one-year contract to do exclusive design work across a variety of products and platforms.

Figasinski set out to share his vision for the new Wilson Pro Staff RF97 Autograph racket as a modern yet youthful tribute to the proud heritage of the storied racket line. The design was submitted to Federer, who took to the graphics instantly. 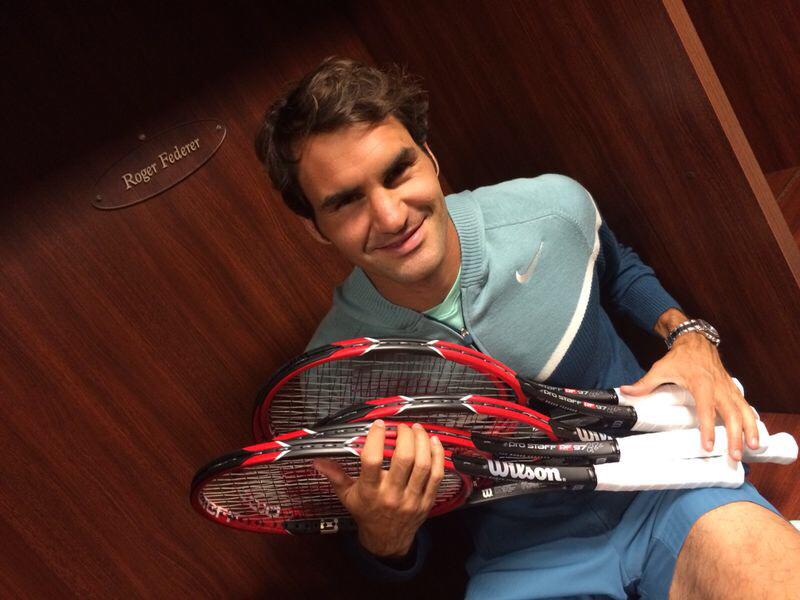 “When I saw the designs from Wilson, I knew right away that this was the look that I wanted to represent my legacy with the brand,” said Federer. “The design is young and modern, with a classic feel. It is a fitting look for the next generation of the Pro Staff rackets.” 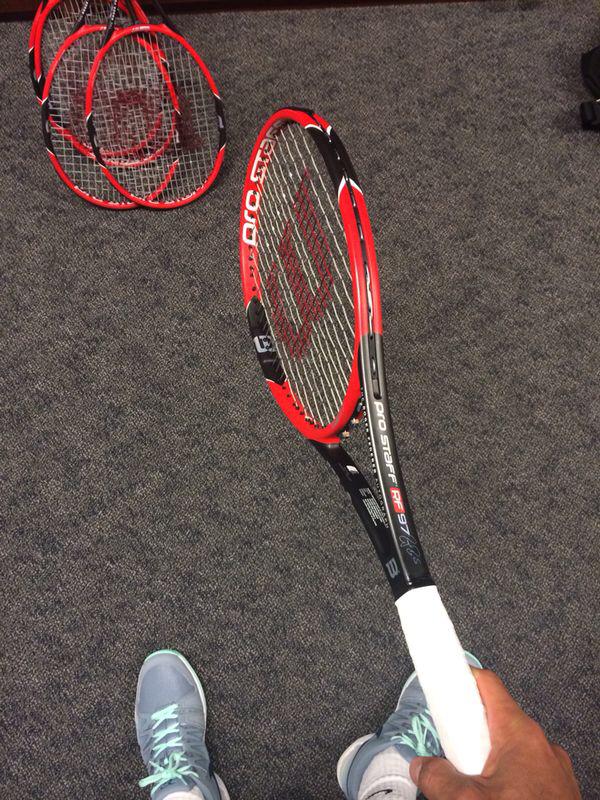 The Wilson Pro Staff RF97 Autograph is the first Autograph racket from Wilson in nearly 40 years, the last being the Chris Evert Autograph introduced in 1976. The Jack Kramer Autograph, launched in 1949, is the best-selling racket in tennis history. Autograph rackets are reserved for tennis legends and no one is more deserving than Federer, considered by many as the greatest tennis players of all-time. The RF97 Autograph is the centerpiece for the new and evolved Pro Staff line, with the flagship graphics set to become the design inspiration for the Wilson line for years to come.

The Wilson Pro Staff rackets have delivered uncompromising feel for players of all skill levels and the latest products preserve the consistent feel while introducing a 97-inch head in three of the four models. The re-engineered Pro Staff models feature a 26 percent wider racket beam providing a significant boost in power. Compared to Federer’s previous racket, the Wilson Pro Staff RF97 Autograph is seven percent larger, resulting in a 10 percent larger sweet spot. The use of braided graphite and Kevlar® maintain the consistent feel that players have come to know in the Wilson Pro Staff line. 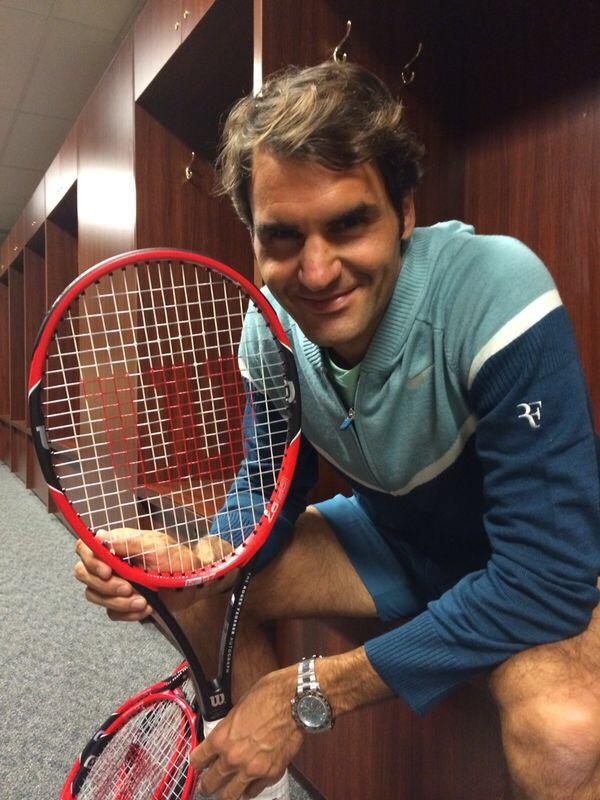 Wilson has produced an episodic series of videos that highlight the unique relationship they share with the tennis legend. The third and final episode is now available for viewing at www.wilson.com/betterer.

The new Wilson Pro Staff RF97 Autograph is projected to be available in stores on October 1, 2014 and a retail price will be announced in the near future. 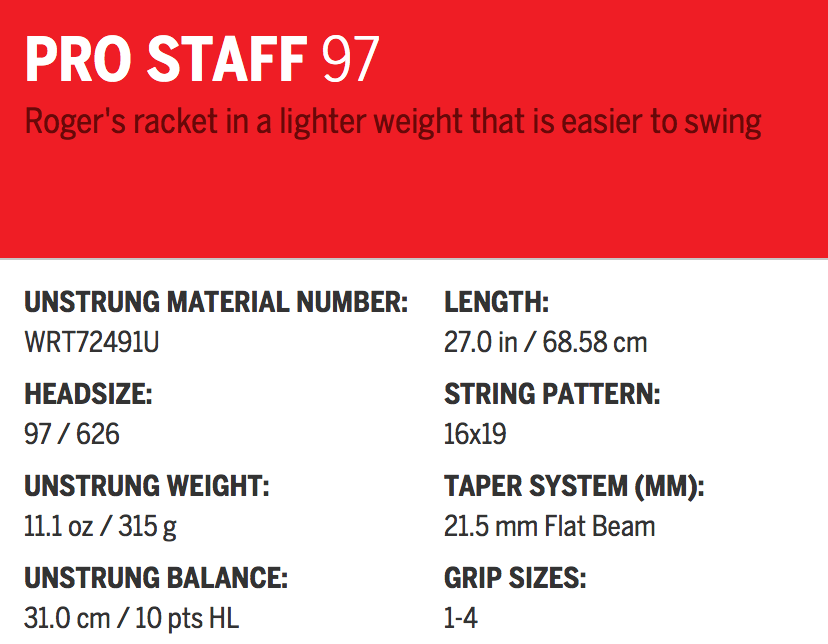 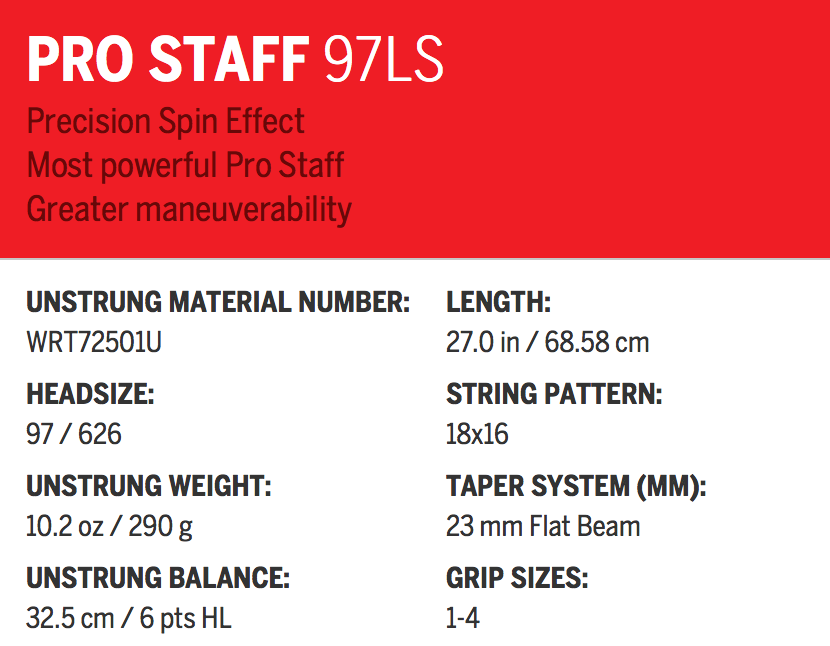 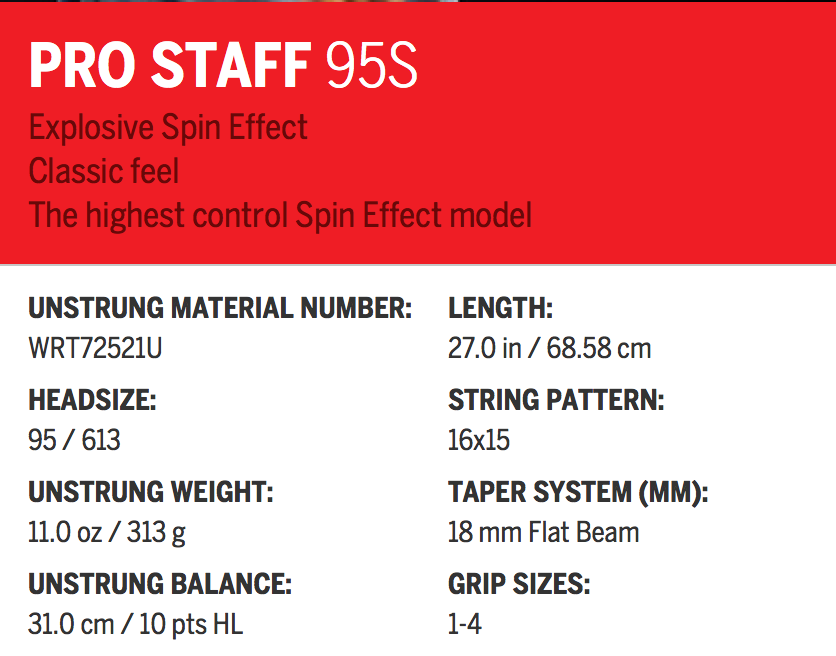 ABOUT WILSON:
Chicago-based Wilson Sporting Goods Co., a division of Amer Sports, is the world’s leading manufacturer of sports equipment, apparel and accessories. Through its dedication to creating products that enable athletes at every level to perform at their best, Wilson has earned its place as a leader in sporting goods for over a century. 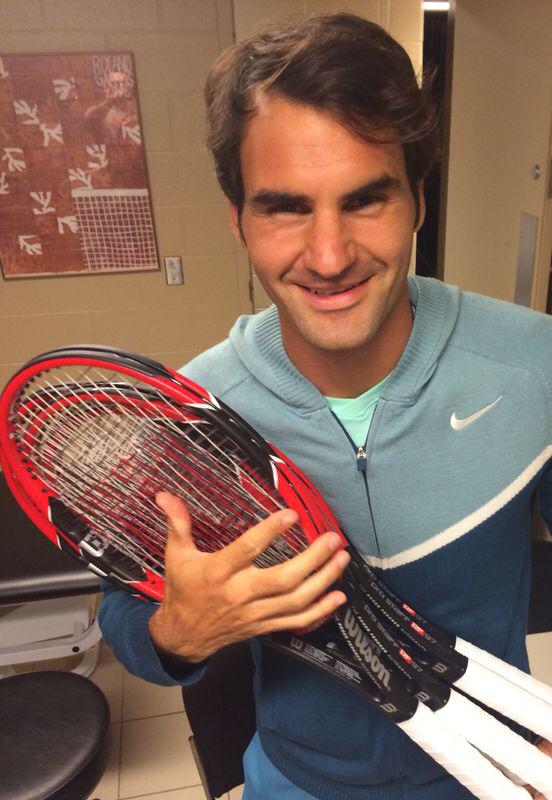 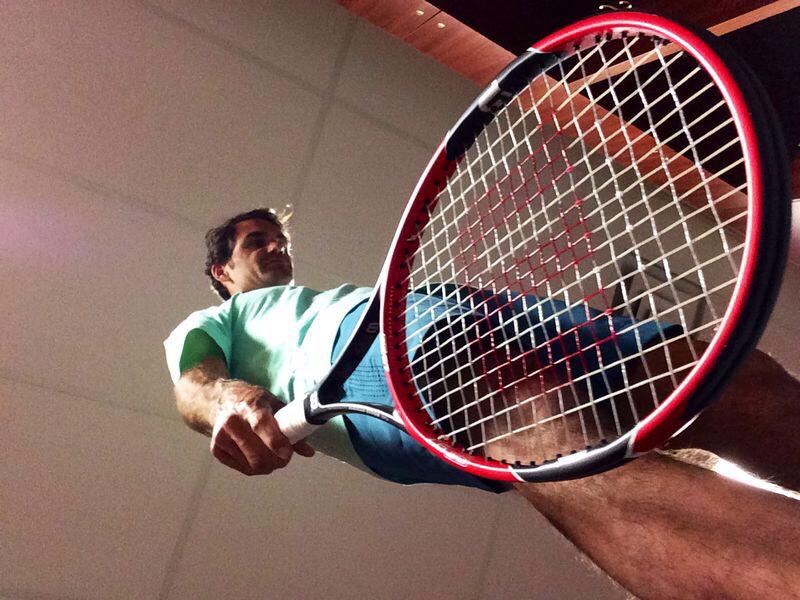