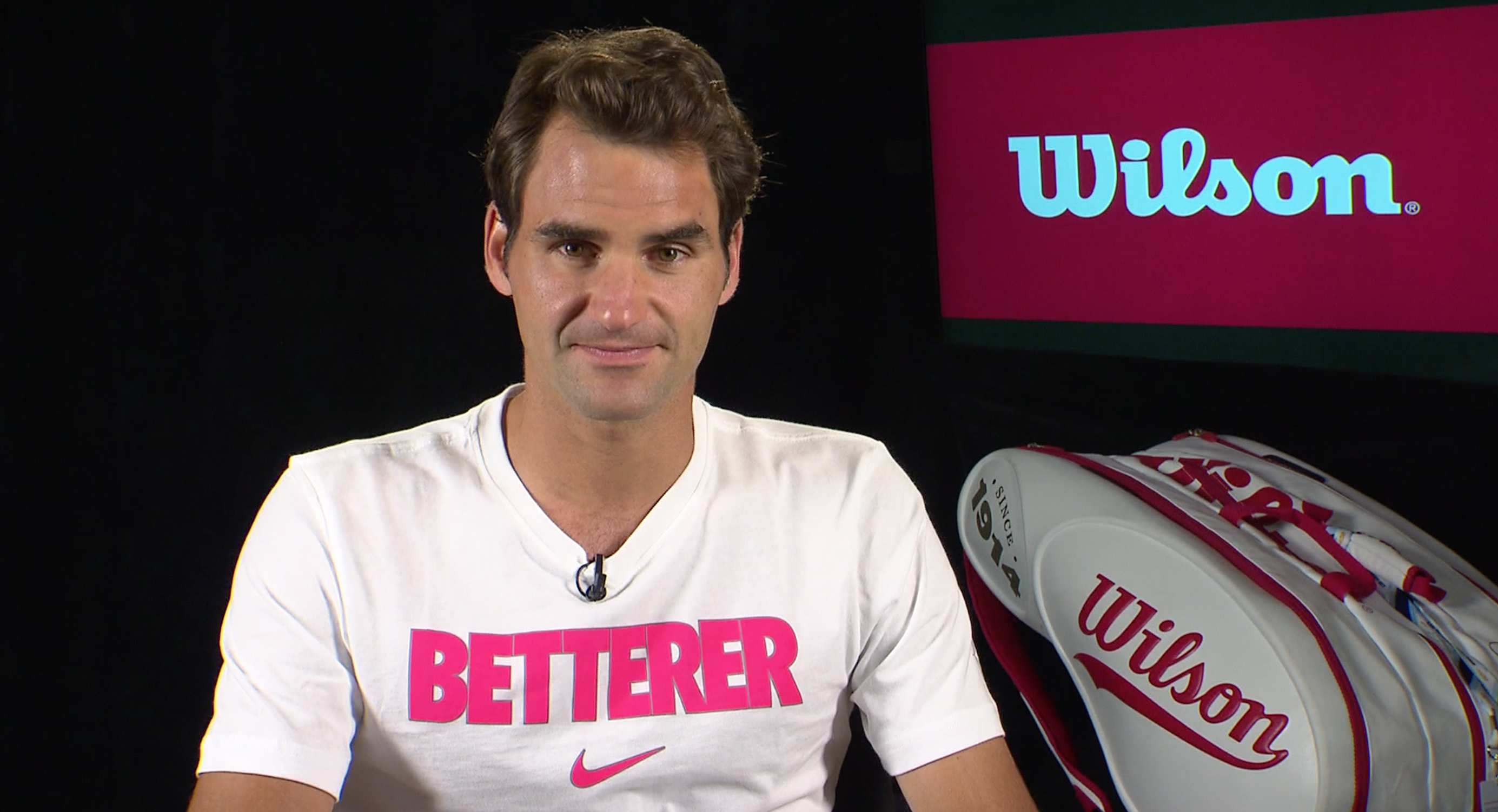 Watch his full interview below.

– Coming off your win in Cincinnati, how are you feeling mentally and physically going into the US Open?

– How do you think your new RF 97 Autograph racket has affected your game?

– What is your pre-match routine?

– Tennis-wise, do you concentrate on tactics or is it just free-flowing play?

– Many of the great tennis players over the years have played Pro Staff, like Edberg and Sampras. What does it mean to you to know have your own Autograph Pro Staff racket?

– Was there a specific moment or match when you thought to yourself that you needed to switch to a more forgiving frame? Or was it a gradual process that just made sense over time?

– How long did it take before you felt completely comfortable with the new frame?

– Many fans were enamored with the black matte version you were playing with, and wanted the frame’s final cosmetics to reflect more of that stealth look or did you always want the same color in the final product?

– Your coach, Stefan Edberg, famously used the Original Pro Staff 85 for most of his playing career. Does he ever look at your new racket and accuse you of cheating?

– We heard you were called out for the ALS Ice Bucket Challenge, are you going to do it? and who will you then nominate?

Roger Federer – US Open 2014 Promo (via TheSwiss KingRF on YouTube)