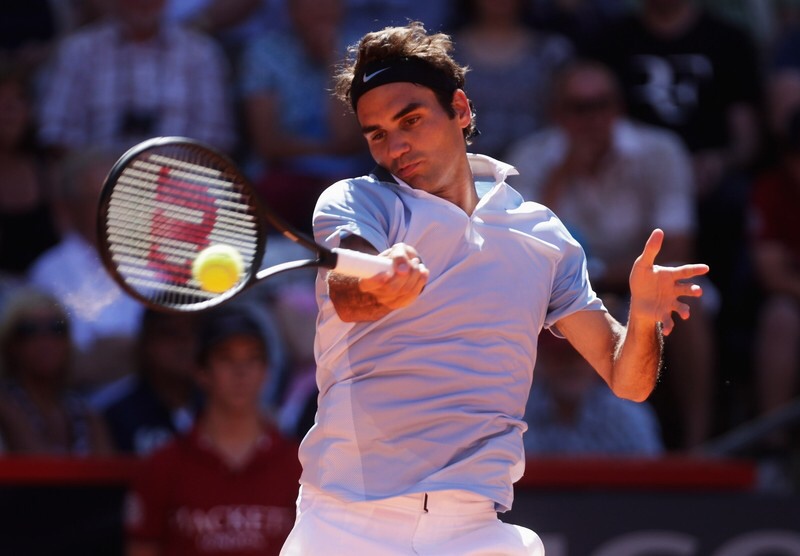 New Federer racquet is a prototype, not Wilson Blade 98

John Muir, general manager of Wilson Racquet Sports, confirmed to the Wall Street Journal that Roger Federer’s blacked out Wilson 98 square inch racquet is not the Wilson Blade 98 model, but a different prototype model based off the Swiss maestro’s requests and feedback from previous tests. The racquet was made in Wilson’s Chicago lab, and the testing phase is far from over.

Blacked out without design, Federer could reject the racquet all together, and switch back to his Wilson Pro Staff BLX 90, or another Wilson prototype racquet. Detailed specifications are unknown about the racquet; it’s 98 square inches, 8 square inches larger than the Swiss star’s previous frame which he used since 2002. Before that, he was using the Pro Staff 85, which Pete Sampras also used throughout his career. Since retiring, Sampras has switched to a larger racquet.

“It’s not something we are currently producing and selling to customers,” Muir said.

The advantages and disadvantages of a larger racket are well known. A larger head generally means more power, which Federer doesn’t lack, and more forgiveness when the ball is struck off-center.

“If he can make this change, he is increasing his chances of winning another Grand Slam exponentially,” said Roman Prokes, an expert racket technician who works with many top pros (Federer is not one of his clients). “When you get a little bit older and a tiny bit slower, you need help because you can’t get to the ball,” Prokes said. “It’s not about your hands, it’s about your feet.”

“I almost felt that with a bigger racket I was losing control,” said former No. 1 Ivan Lendl, who experimented with a larger head size in his playing days but never fully switched over. “The times have changed, though. Maybe you don’t have to give up control now.”

“Federer’s racket is not forgiving,” Prokes said. “You have to hit the ball absolutely perfect in the sweet spot all the time. I really 100% believe this will extend his tennis life for years,”

Federer, who is playing the Swiss Open in Gstaad in this week, said in an interview, “So far, I’m happy with this change. But I need many hours on the court to see if this is a good decision. I haven’t yet taken the decision on whether to use it in the US (he begins his pre-US Open campaign in a fortnight at the Montreal Masters). I still need to think it over.”

He added, “There are players who have experienced problems when they changed racquets, Fernando Verdasco and to some extent Novak Djokovic.”