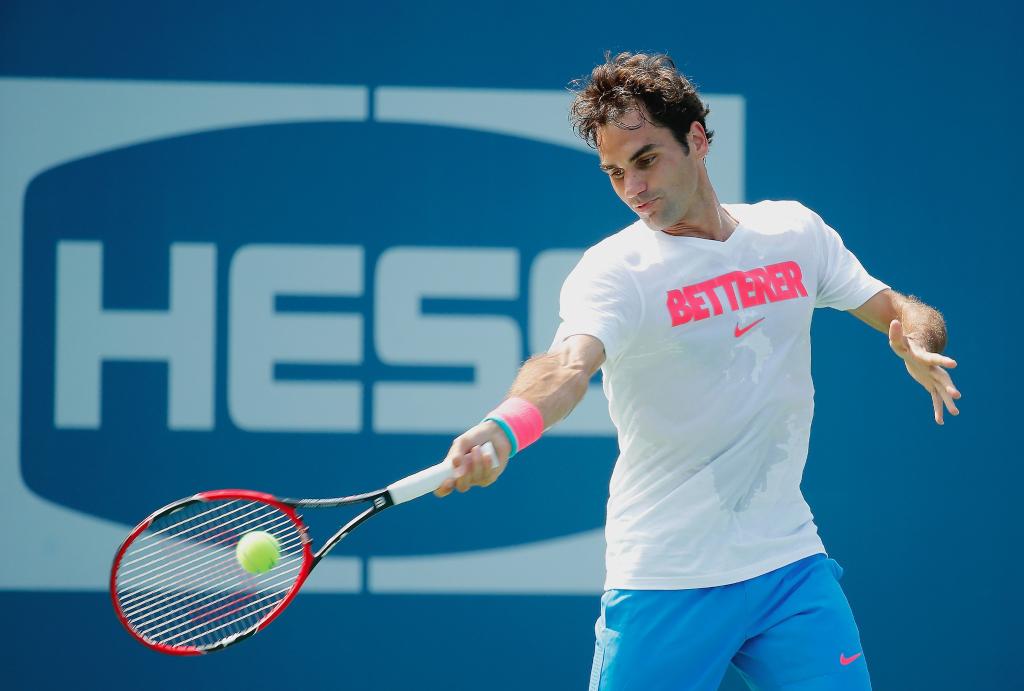 The 2014 US Open draw ceremony was held at noon in New York City; Flushing Meadows to be exact, site of the the final grand slam of the year. Roger Federer is seeded second with the absence of Rafael Nadal, who has not played since losing in the fourth round to Nick Krygios. The Spaniard withdrew from both he Toronto and Cincinnati masters events, citing an injured right wrist. The Swiss maestro looks to carry on his good form this summer hard court season, where he reached the Rogers Cup final and lifted his 6th title in Cincinnati on Sunday. He opens against Marinko Matosevic in the first round.

By seedings of the draw, Federer would face either Marcel Granollers or Albert Ramos-Vinolas in the second round, followed by big serving Ivo Karlovic in the third round, and Fabio Fognini or Roberto Bautista-Agut in the fourth round. A quarterfinal clash lurks against the seventh seed, young rising talent Grigor Dimitrov, who has reached the Australian Open quarterfinals and Wimbledon semifinals this season. The 33-year-old Swiss is projected to face fourth seed David Ferrer or sixth seed Tomas Berdych in the semifinals. Top seed Novak Djokovic, third seed Stan Wawrinka, fifth seeded Milos Raonic and eighth seed Andy Murray lead the top half of the draw.

Projected quarterfinals: Djokovic vs Murray, Wawrinka vs Raonic, Ferrer vs Berdych, Federer vs Dimitrov. View the full draw below or download the PDF version here.