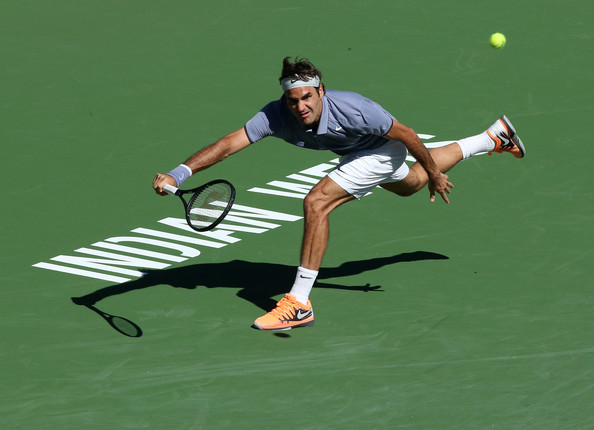 Roger Federer needed two tiebreaks to advance past Dmitry Tursonov at the BNP Paribas Open Tuesday afternoon, in front of the packed crowd at Stadium 1 in Indian Wells. The Swiss maestro broke early in the first set, but would be broken while serving for the set, and the Russian’s power game pushed the match into a tiebreak. The 4-time champion in Indian Wells narrowly took the opening set, but would be broken early in the second set.

The Swiss broke back immediately, yet the Russian would not cave in. The match ensued into another tiebreak, however, this time, it would not be so close. Federer was able to lift his game at the right moment, and after 1 hour 45 minutes, he advanced to the fourth round with a 7-6 (7) 7-6 (2) victory over Tursonov.

Federer served nine aces to just one double fault, winning 72% of points on his first serve and 68% of points behind his second serve. He will face Tommy Haas in the fourth round on Wednesday.