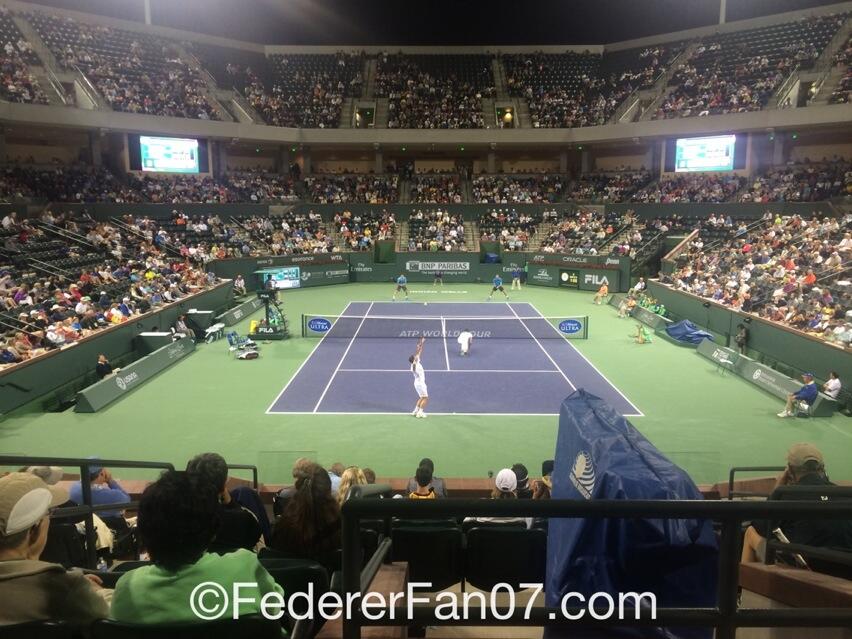 Roger Federer and Stan Wawrinka delighted a packed Stadium 2 Monday night at the 2014 BNP Paribas Open. The Swiss duo took on Ernests Gulbis and Milos Raonic, in a closely contested match filled with plenty of exciting moments. Early on, Wawrinka missed a few easy volleys, perhaps something to do with spending playing PacMan for longer than expected, due to the length of the previous matches on schedule. Gulbis was the highlight on returns, while Raonic’s towering serve was unreadable for most of the match. The Swiss maestro was sharp, and Wawrinka’s forehand pass midway in the first set set the tone for the 2008 Olympic gold medalists, who would be pushed to two tiebreaks, yet found their footing to win them with ease.

After a long day of waiting, the fans were loud and engaged, and Federer/Wawrinka clinched victory after well after 11pm, 7-6 (3) 7-6 (4). For Federer, it was another two tiebreaks to add to his two tiebreak win over Dmitry Tursonov earlier in the day.

In singles Federer and Wawrinka are into the fourth round in Indian Wells, one match away from facing each other in the quarterfinals later this week. 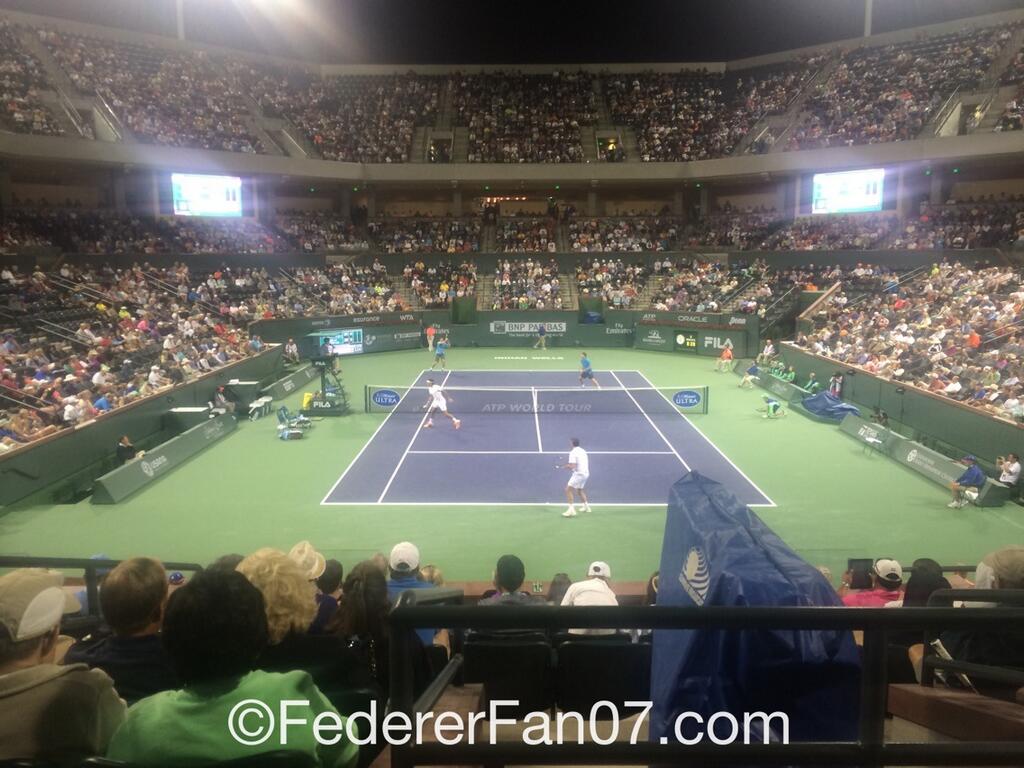 This match was not televised. Highlights below (see more at YouTube.com/FedererFan07).