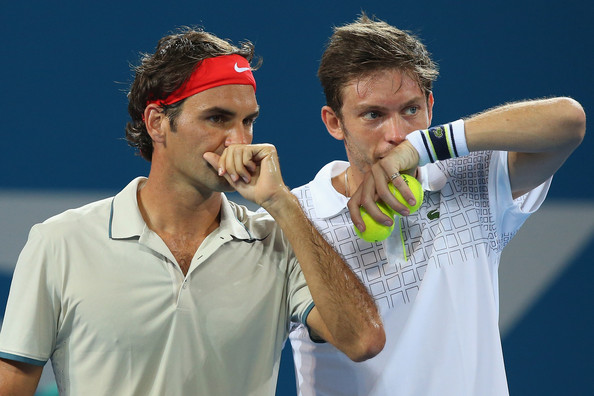 Looking fresh, looking sharp. Roger Federer stepped onto Pat Rafter Arena for the first time Tuesday night in Brisbane, partnering with Nicholas Mahut to take on top seeded Jean-Julien Rojer and Horia Tecau. In an entertaining and tight match going nearly two tiebreaks, it was Federer and Mahut who prevailed, 7-5 7-6 (5), in 1 hour 33 minutes. The match was also the first for the Swiss maestro with his new 2014 prototype racquet, which he appeared comfortable with in every aspect of his game.

Federer and Mahut will face the winner between Chardy/Dimitrov vs Fleming/Hutchins in the Brisbane International quarterfinals.