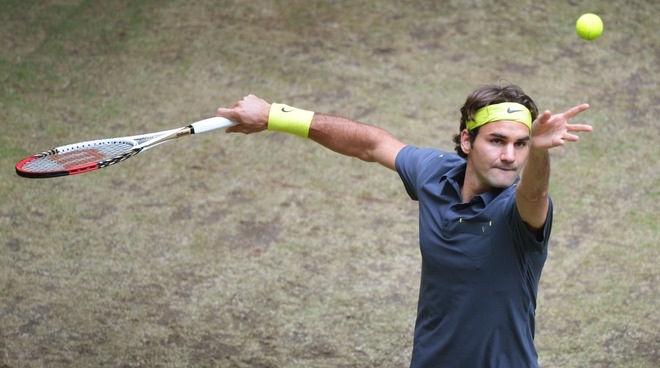 Roger Federer is thru to his 7th final at the Gerry Weber Open after a straight sets victory over Russian Mikhail Youzhny, 6-1 6-4. A five time champion in Halle, the Swiss maestro began with a burst, breaking Youzhny easily en route to a quick first set.

The second set was close contest, as the Russian battled back. However Federer held off the fight and finished the match in exactly one hour, firing 8 aces along the way. In a draw consisting of 5 one-handed backhand players, four of them reached the semifinals.

Federer is aiming to win his 75th tour title, only two behind all-time leader John McEnroe.

When asked about potentially reaching McEnroe’s mark before the Swiss calls it a career, he responded with more ambitious thoughts and mild humor.

“That would be nice but I want more titles. If I only get three more, then the years ahead don’t look too good for me,” Federer said, joking.

The Swiss star will face Tommy Haas in the final on Sunday in another battle of one-handers.

“To be able to play Federer again is simply top,” said Haas, who is the oldest player in the singles draw at 34. 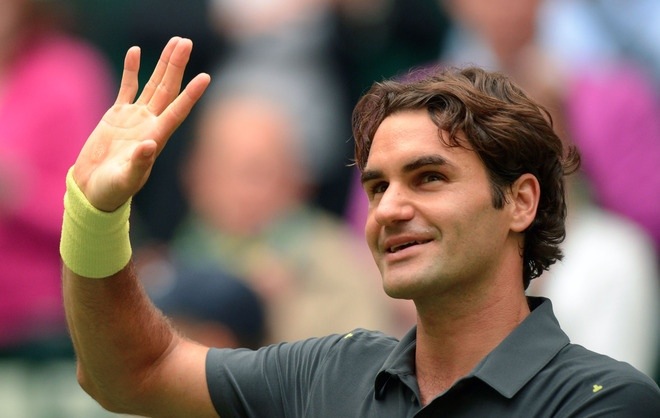