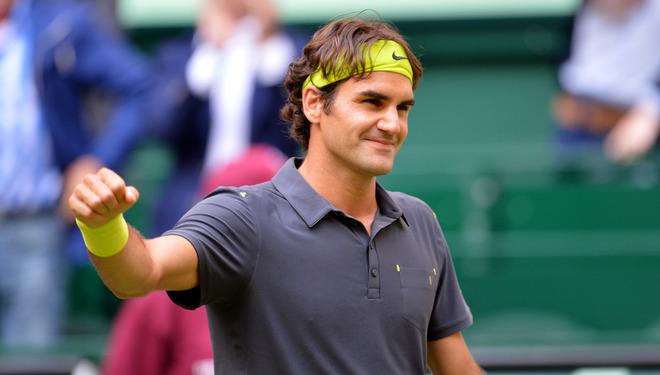 Friday afternoon at the Gerry Weber Open saw Philip Kohlschreiber upset Rafael Nadal in straight sets, and the cards nearly had the same fate for Roger Federer as he took on Milos Raonic. The tall, big serving Canadian has played it tough against the Swiss in all three of their meetings this season, all going three sets, and including several tiebreaks. As in Madrid, and Indian Wells, Raonic won the first set in a tiebreak, with both players demonstrating a rare display of true grass court style tennis in today’s times.

The Swiss responded with a break in the second set, the only break of the match. After serving out the set 6-4, the two resumed strong service holds in the third set en route to the tiebreaker. This time, the mini break and ensuing 5-2 lead was flipped from the first set. Federer leaped ahead, hitting a cross court winner and served out match point. Game, set, match, Federer, in 1 hour 59 minutes. The Swiss will take on Mikhail Youzhny in the semifinals on Saturday. 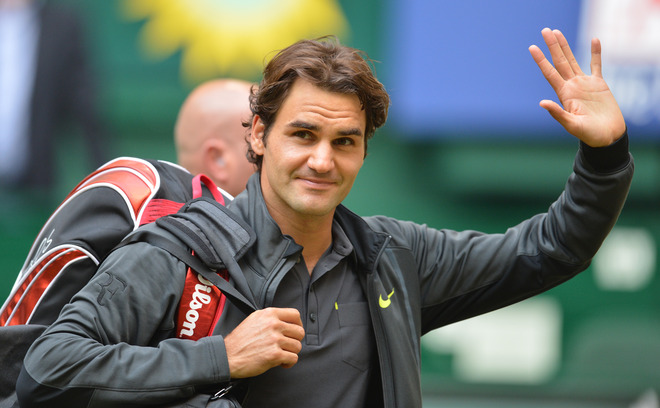