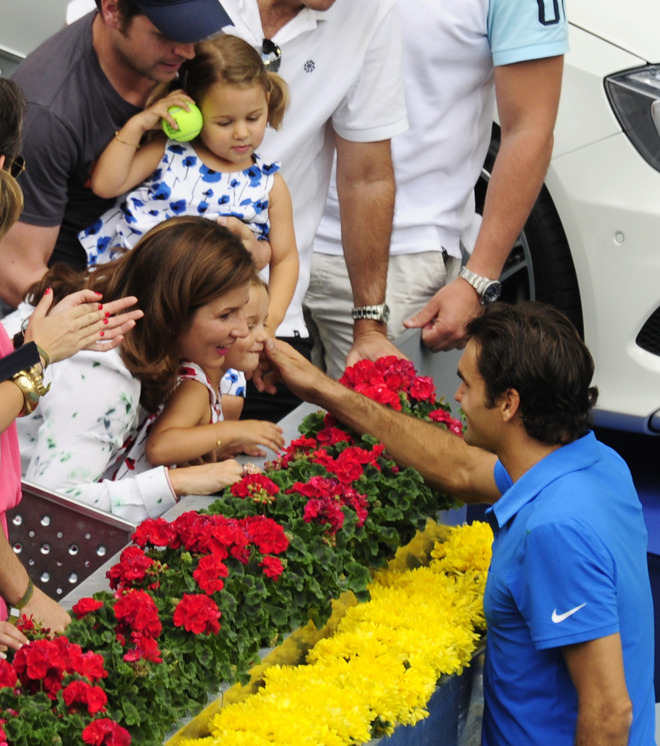 Earlier today, Roger Federer won the 2012 Madrid masters, his 4th title of the year and 74th title of his career. In a record tying 20th ATP World Tour masters 1000 title, he also passed Rafael Nadal for #2 in the rankings come Monday.

In the Federer box were two special guests alongside wife Mirka, coaches Paul Annacone and Severin Luthi. They are the adorable Federer twins, Myla Rose and Charlene Riva. Today they were court side for the match and “daddy” came over to embrace them after his win.

Check out the short video below. 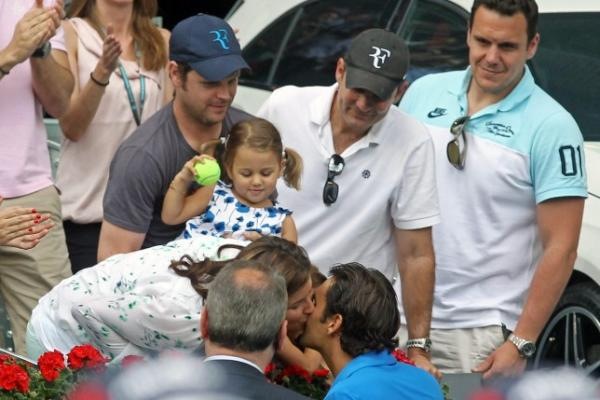