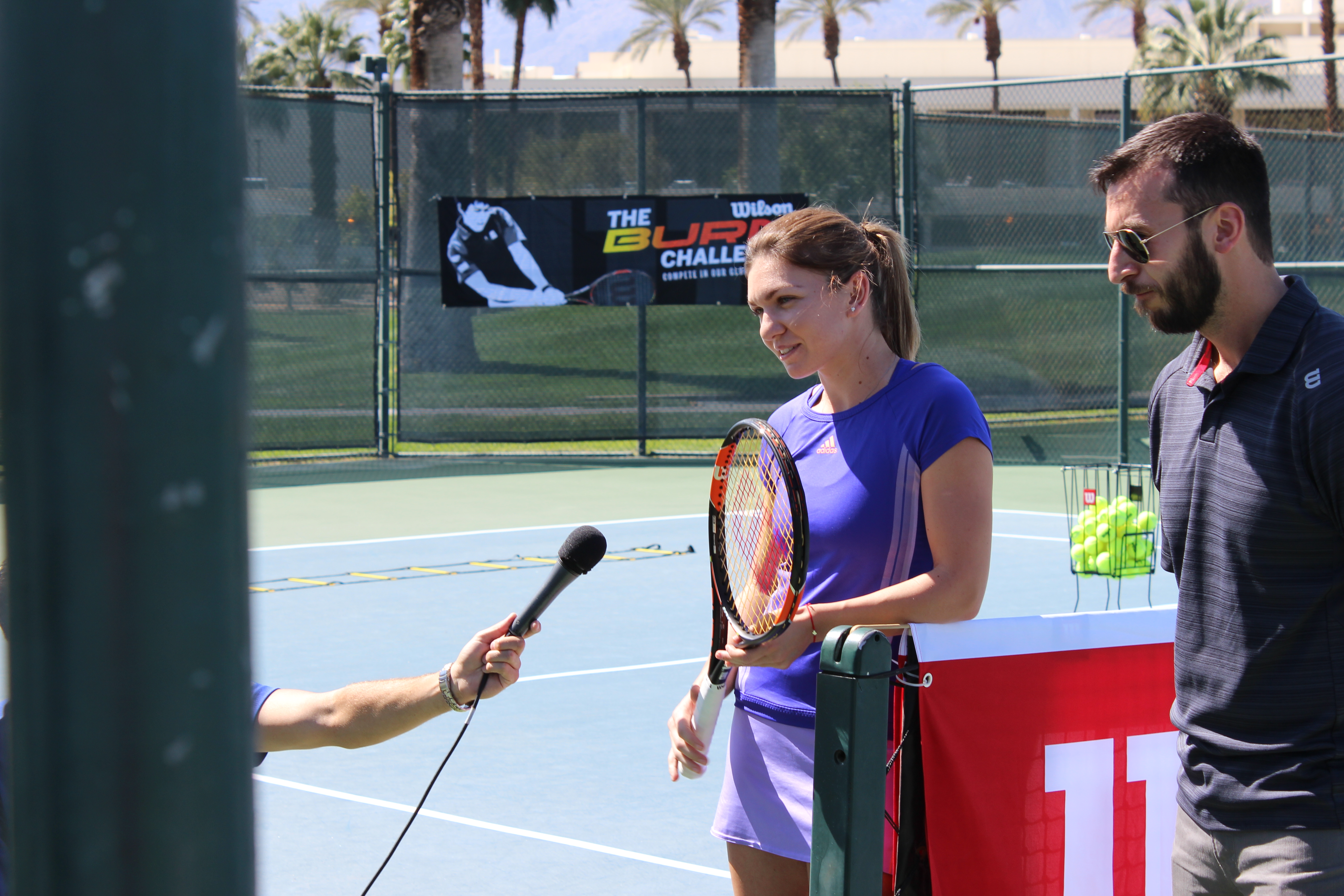 Wilson Tennis invited the media out into the desert sunshine earlier this week, for an opportunity to learn about the racket company’s new PlayerID system, powered by the Sony Smart Sensor. Greeted by world #3 Simona Halep on the WTA Tour and world #4 Kei Nishikori on the ATP World Tour, Wilson presented the BURN Challenge. Launched just last week, the new BURN line (wilson.com/burn) is a brand new family of rackets loaded with power and spin.

Both Halep and Nishikori use the new Burn, and this competitive but friendly challenge was a fun experience out in the beautiful southern California desert. 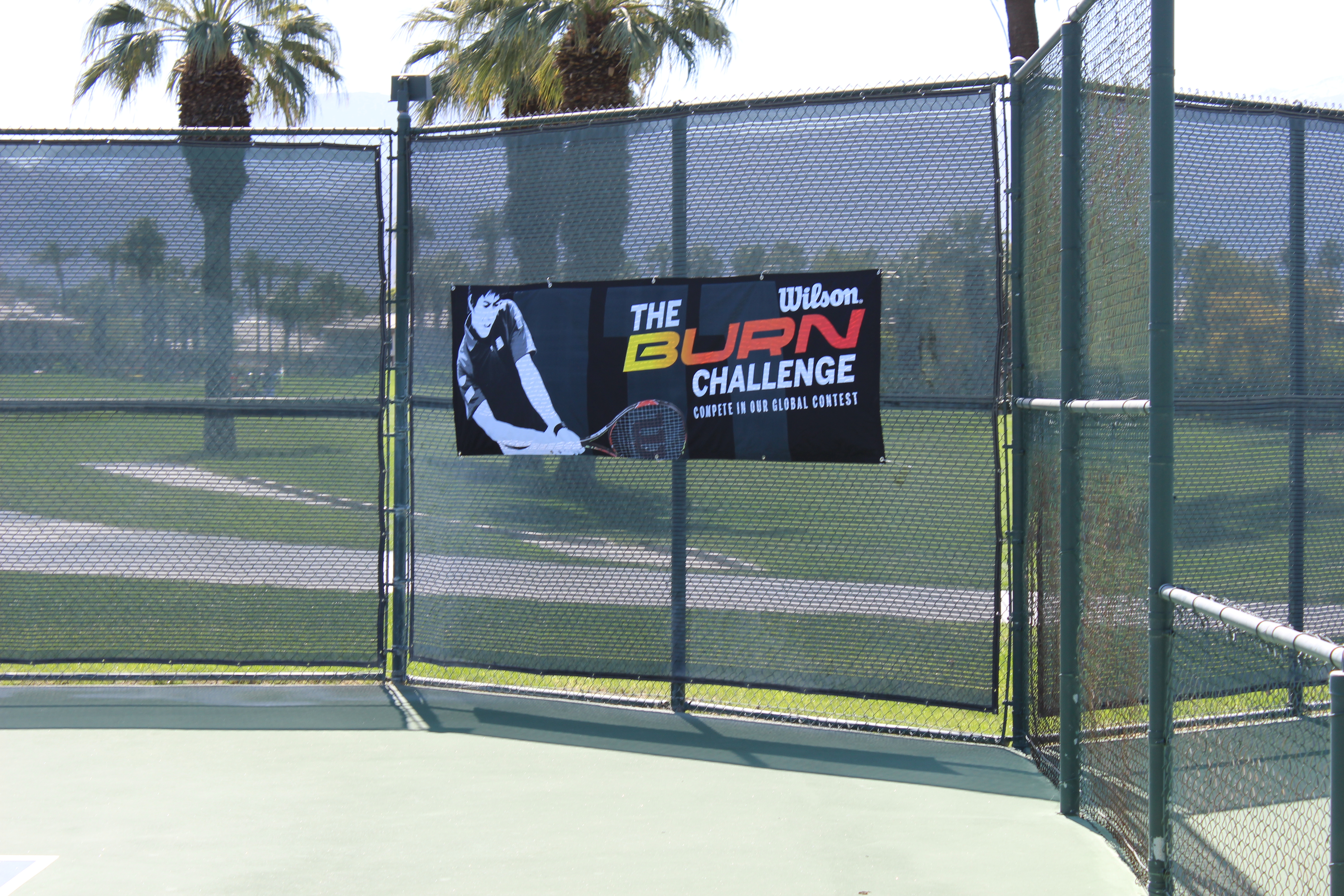 What was the challenge?

Equipped with the Sony Smart Sensor at the bottom of the Wilson Burn racket, complete the following:

One last thing, it is a timed challenge. Players worldwide will compete at Wilson Burn Challenge events, with a trip to the US Open as the winning prize. Burn the baseline!