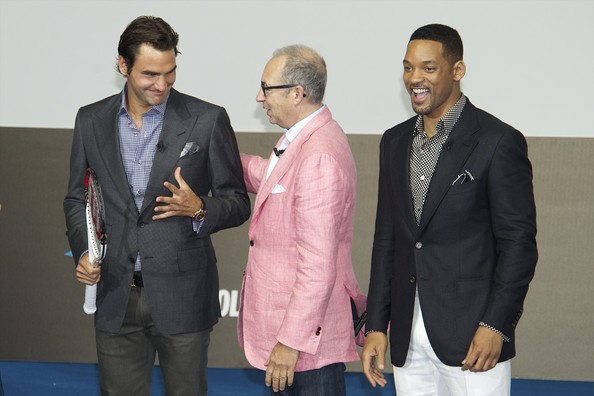 Federer at Men in Black premiere

After defeating Tomas Berdych to win his third title at the Madrid masters (4th title of 2012, 20th masters 1000 title, 74th title of career), Roger Federer attended the premiere of Will Smith’s upcoming movie, Men in Black 3. The premiere was held nearby at La Caja Magica, and both Federer and Smith took part in the event. Actor Will Smith presented the Swiss maestro with a special tuxedo during the trophy ceremony.

Check out some photos below (courtesy Getty Images). 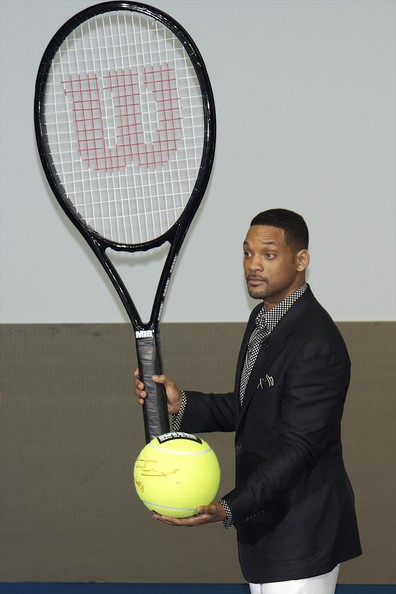 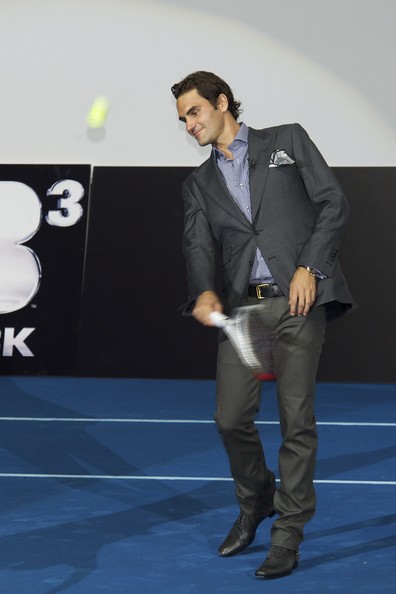