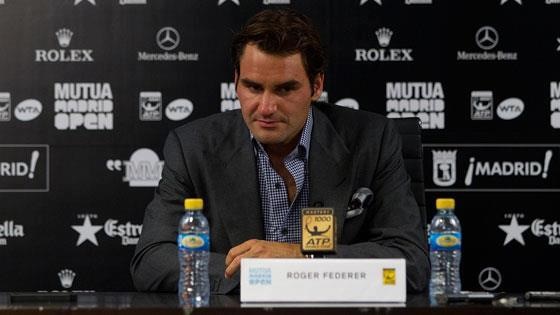 The Swiss maestro, who won a record tying 20th masters 1000 title at the Madrid masters Sunday, told reporters that he is unsure on competing at the Rome masters this week.

UPDATE: confirmed by source in the press, Federer said early Tuesday morning that he will play this week at the Rome masters.

Federer said he took some anti-inflammatory medication in Madrid. “I have to give me a few days to see how I feel and make a decision…Tomorrow I travel to Rome, and play normally. The truth is that my body hurts after this tournament.” Scheduled to play Wednesday, the Swiss will likely make his decision late on Tuesday.

With Sunday’s historic win, Federer has also moved back to #2 in the ATP World Tour rankings, passing Rafael Nadal. He spoke about ambitions to regain #1.

“Back then I was just trying to stay world No. 1 and I never really looked at Pete’s record that much…I guess I could have chased it a few years ago, just really trying to beat that record. It’s no secret for any player out there that you’d rather be No. 1 than No. 2. But I look at the long term, maybe if I wasn’t good enough to break that record then maybe I never will be… I don’t need to beat every record Pete set, he’s my idol after all and I’m just happy I’m that close already. [But it would be] absolutely amazing.” 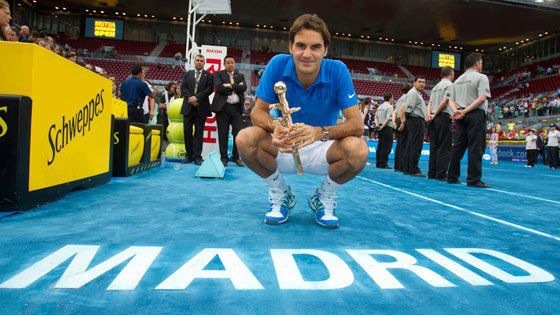 Watch full coverage of the Rome masters this week on FF07tv.