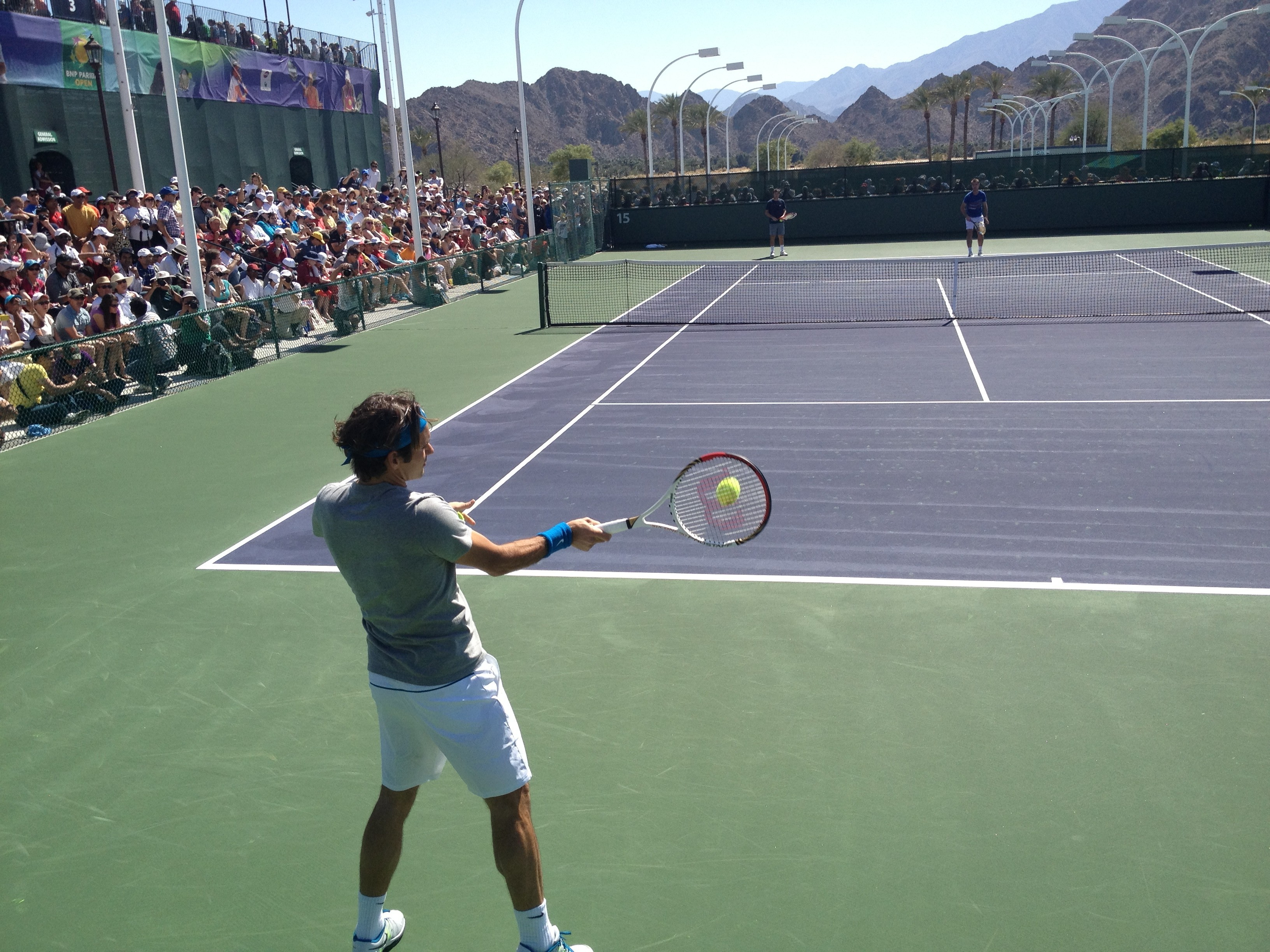 Roger Federer is 23-3 in 2012, and 40-3 post-2011 US Open. Since then, he has won 6 titles and has accumulated more ATP rankings points than the other top players. He is notably absent from this week’s Monte Carlo masters, a tournament which was not on his schedule. In 2011, the Swiss maestro skipped the Shanghai masters and subsequently went on a 17-0 streak to close the season. The six week layoff provided the proper rest and preparation required for the disciplined Swiss to reassert himself on tour as the most dangerous player to face.

Outside of the disappointing loss to rival Rafael Nadal in the Australian Open semifinals, Federer has amassed a great year thus far. He has won three titles (Rotterdam, Dubai, Indian Wells), and narrowed the point difference in the rankings to just 335 points behind #2 ranked Nadal. Credit Suisse highlights the Swiss maestro as being in a primed position for the upcoming months, with notable wins over Nadal in Indian Wells, Murray in Dubai, and Del Potro, already on four occasions thus far in 2012.

Federer’s tournament schedule is disciplined and streamlined. It demonstrates his level of self-confidence. With Monte Carlo not on his schedule, it allows him to take nearly six weeks off. Last week via his Facebook page, Federer posted a photo of himself underwater on his vacation. Now with about three weeks until the Madrid masters, he is rested and ready to resume training.

There was plenty of temptation to abandon the original planned schedule and take a wild card into Monte Carlo. Many fans wished he would play. Many analysts in their rightful thinking felt he must play it. However, this is Roger Federer, the greatest tennis player of all time, the 16 time grand slam champion. He has made wise decisions his entire career, and they have been successful. Regularly taking layoffs after the Australian Open and Wimbledon, avoiding overplay has kept Federer fresh in every tournament. For these reasons, he has been a prime threat for every title, even today at age 30. As noted by Credit Suisse, Federer turned down the enticing offer of playing an exhibition match against Nadal at Madrid’s Bernabeu Stadium, taking place between Wimbledon and the Olympics. The stadium will probably bring in the largest crowd ever for a tennis match. Djokovic is now slated as the replacement for the exhibition.

The next few months could prove to be one of the most crucial moments of the Swiss star’s decorated career. His schedule includes masters tournaments in Madrid and Rome, followed by Roland Garros. Immediately after that, is Halle, Wimbledon, the Olympics, and the summer hard court series leading to the US Open. It is a packed schedule, intensity rising at each tournament. Federer will lose 180 points for skipping Monte Carlo, but has potential to gain a substantial amount in Madrid, Rome, Halle (which he did not play in 2011), Wimbledon, Toronto, and Cincinnati. Every tournament has opportunity for the Swiss maestro to gain ground in the rankings. Since the 2011 US Open, Federer has cut Djokovic’s lead from 6,340 to 3,635 points, and Nadal’s lead from 2,240 to 335.

With Federer playing better defense and more offensively, he is primed for assault in the upcoming months and this makes him very dangerous.