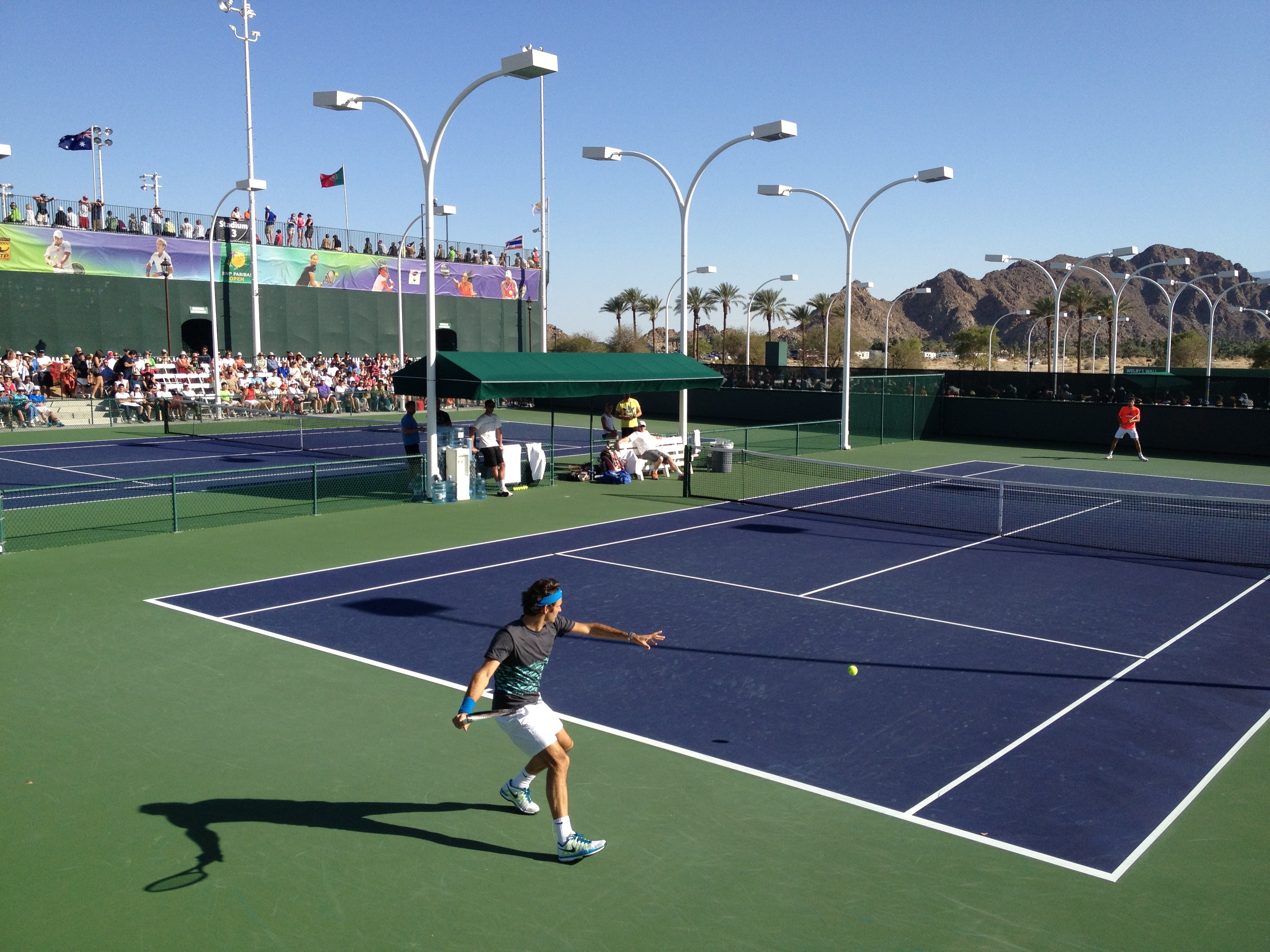 Roger Federer. 31 year old tennis player from Switzerland. The most decorated, the most accomplished male tennis player in history. He is regarded as the greatest of all time. By far, the most well rounded, most talented individual. Nobody moves like the Swiss; effortless, flawless, natural footwork, hand-eye coordination, precision and timing. Federer has defined his legacy with his adaptability, longevity, scheduling, and wisdom. He created and enhanced himself through greatness in value. However, beyond his historic records and classy style, he has revolutionized the sport of tennis. Off court, he is the prime role model in today’s increasingly superficial and mistake filled world. Hard work, learning from ups and downs, love, appreciation, and belief have defined Roger Federer. Greatness is in value. Success is simply a byproduct.

The current generation’s top players are all in their prime, following the #1 ranked Swiss in the ATP World Tour rankings. Novak Djokovic, Rafael Nadal, and Andy Murray. Combined, these “big four” are displaying tennis to the world. We are living in a modern day golden age for the sport. Benefitting from today’s social media and internet, fans feel much closer to their favorite players, but it can be a large distraction to the players themselves.

Roger Federer, however, is different. He is the role model, the consummate professional for every young aspiring individual to follow. From early on, he worked with his team to create the Roger Federer Foundation. He is the UNICEF ambassador for tennis. He has served as president of the ATP Player’s Council for years and has played an active role throughout. Over the years the top players have put on a charity event prior to major tournaments (Australian Open 2010, 2011, Indian Wells 2005, 2010, as some examples). Each time, it was Federer who brought forth the idea, and initiated the organization of those charity matches for tennis as a whole to contribute to victims of natural disasters.

To his personal life, his parents have seen it all. The early tantrum days, the triumphs, and the sorrows. They have seen him grow, and are present at every major tournament to support him. At the 2000 Sydney Olympic Games, Federer met his then girlfriend, Mirka Vavrinec. While a WTA player herself, injuries prevented her career from carrying on. The backbone of the Swiss maestro is his now wife, Mirka. Her sacrifice to be with him from his early days to now is immeasurable. The incredible strength of their relationship brought rock-solid stability to Federer’s personal life. About nine years after the beginning of their relationship, Roger and Mirka married and had twin girls. The bond and closeness the Federer family has today is absolutely remarkable. The twins, now three years old, have some awareness of what their father does on court. At Wimbledon this year, it meant the world to Federer to hoist his record breaking seventh Wimbledon trophy in front of his adorable twins, family, coaches and friends.

Surrounding yourself with good people and keeping small circles is a key to success. Enter Tony Godsick, the long time agent of Federer. It is Godsick’s loyal support and business management which has transformed Federer into a global superstar. Long term deals are in place with Nike, Rolex, Credit Suisse, Wilson, and Mercedes-Benz. The Swiss maestro is an icon with nothing tarnishing the image of his personal or professional life. Is it his easygoing personality? Or his neutral and relaxed state of being? It’s both, and more.

When Paul Annacone joined the Federer team about two years ago, one of the first remarks he made about the Swiss maestro was his attitude. He marveled at just how insanely positive Roger was and remained. At the time, he was #3 in the rankings, with immense pressure from the media and press about his career. They were saying he was done, on his way out. He may never win another slam, let alone reclaim world #1.

They were wrong. After perhaps the most painful loss of his career, he would end the season with a 17-0 streak. He won titles in Basel, Paris, and for the fifth time, he went undefeated at the season ending World Tour Finals. It would wrap up his 2011, with a record breaking sixth title at the year end event. Then the perseverance was shown in 2012. Titles have piled up. Rotterdam, Dubai, Indian Wells, Madrid, Wimbledon, Cincinnati. The Swiss maestro has won three masters 1000 titles and six titles overall, compared to four titles for Nadal (all on clay), and three each for Djokovic and Murray.

While he makes it look so easy, he has dominated the sport gracefully like no other. Now at 31, he is once again world #1. His level of motivation and desire intimidates many. Roger Federer is one of a kind. Age is irrelevant. Blessed with a genuine and loving wife, a family and team of coaches and trainers who form his small circle, the Swiss maestro is real. Tennis has risen in popularity. Today’s generation has realized the factors of value which Federer has for over a decade perfected. Djokovic, Nadal, and Murray all have long time girlfriends, bringing a peaceful balance to their personal lives. Their families, coaches and trainers (sans Murray; working with Lendl since 2012) have all been part of their team for years and their relationships have been through the ups and downs together. Nobody gave up. Fall down seven times. Stand up eight.

With 2012 drawing to a close, 2013 on the horizon and years yet to come, the Swiss maestro will play on. He will continue to give press conferences and interviews in four languages, meet and greet fans in his natural, genuine manner. More records. More titles. More trophies. More amazing shot-making.