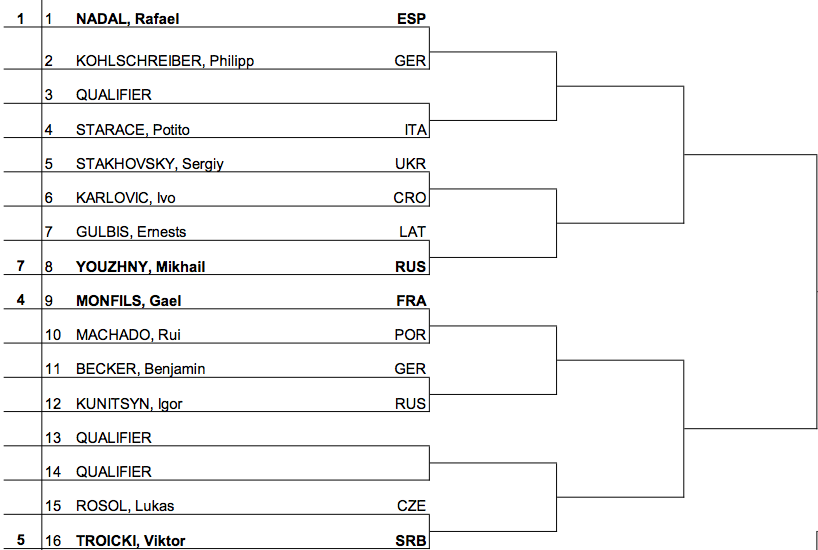 Happy New Year everyone! 2012 is just underway and tennis is already back in full swing. Roger Federer will begin the year in Doha where he is defending champion and a three time winner at the Qatar Open. Federer ended 2011 with a 17-0 run which included three titles (Basel, Paris, London). The Swiss maestro won a sixth World Tour Finals title, going undefeated for the fifth time. He will be playing with a new racquet and new Nike gear for the spring season, including the Australian Open. 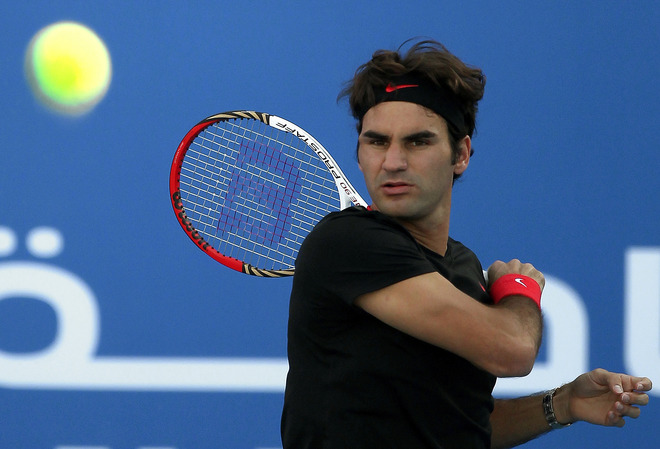 Doha kicks off tomorrow (January 2). In a rematch of last year’s final, Federer faces Nikolay Davydenko in the first round. A potential final against Rafael Nadal is possible but with a dangerous Tsonga lurking in the bottom half of the draw. View the draw below. 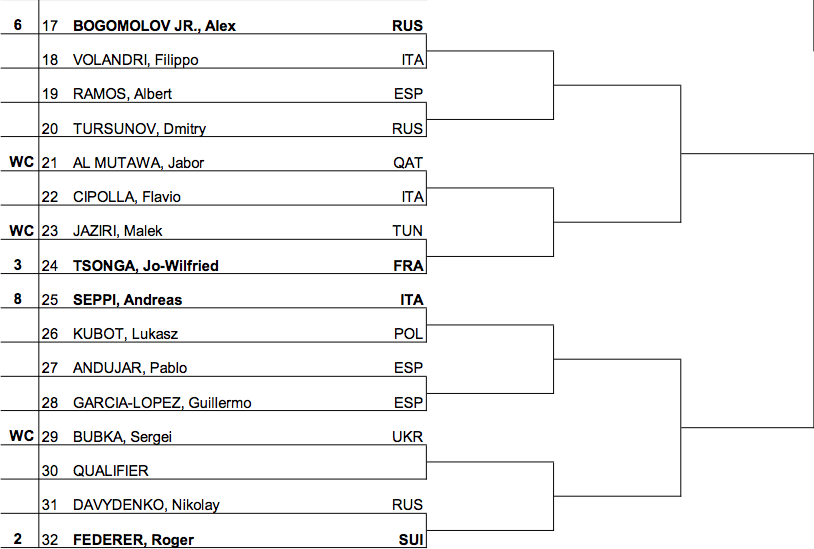 Watch full coverage the Qatar Open in Doha this week with FF07tv.