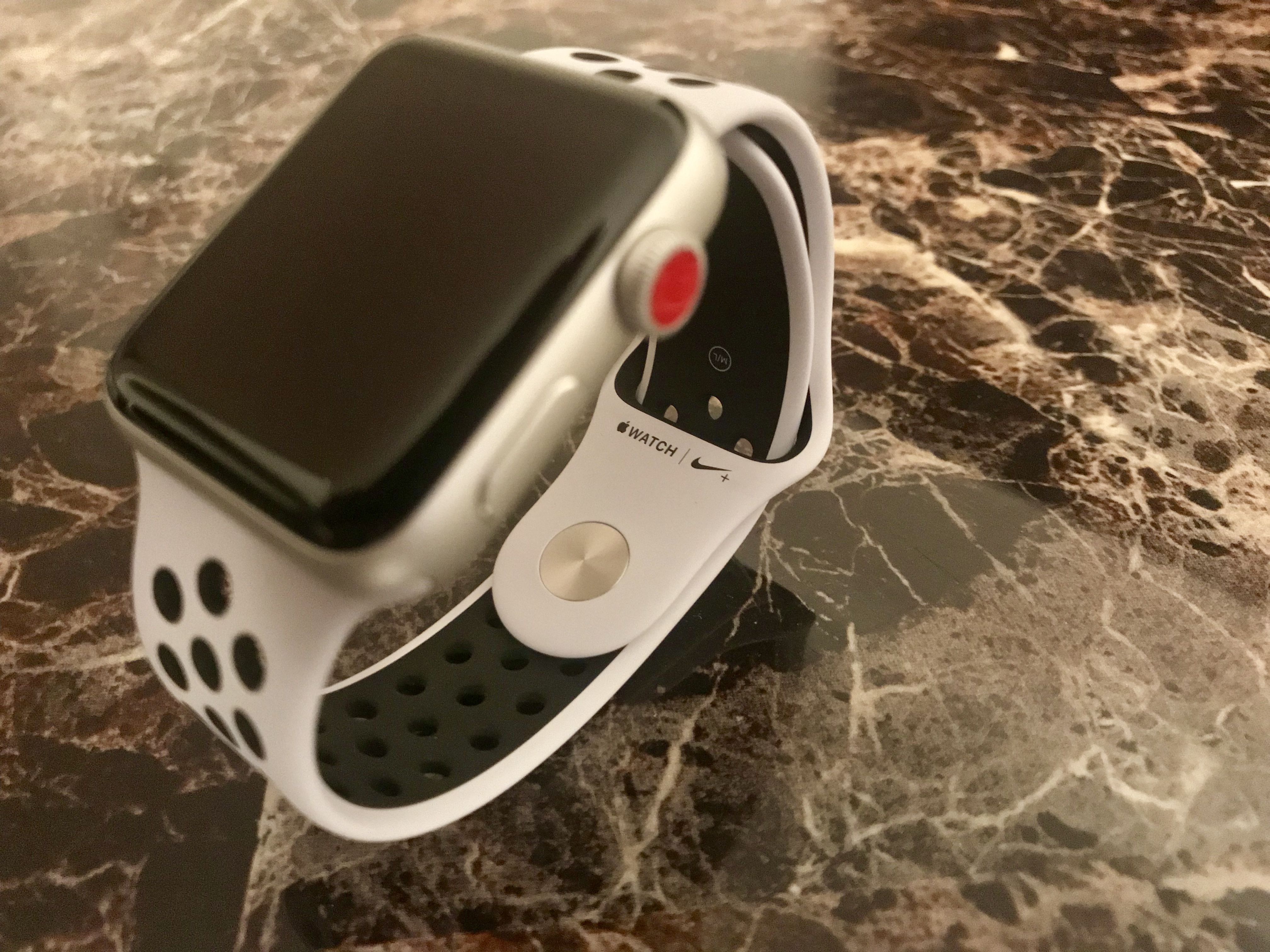 Apple Watch Series 3 Nike+ Review – This marks a first for Nike products that I have had the privilege to review over the years. Over the past several days, I have been wearing the Apple Watch Series 3 Nike+, in Silver Aluminum Case with Pure Platinum/Black Nike Sport Band. I’ve owned an Apple Watch Sport since 2015, wearing it daily, and am fairly familiar with the watch, the software, and it’s integration with the iPhone. The watch in this review is the Nike+ version of the 42 millimeter aluminum model, with GPS and cellular capabilities.

The watch comes in a black colored box, different from the typical white boxing of the other Apple Watch (aluminum) models. Upon opening is the watch in silver aluminum case, with Nike sport band, which is a custom high-performance fluoroelastomer with compression-molded perforations for breathability. I would describe it as the equivalent to Nike’s dri-fit version of a watch strap. The fluoroelastomer material is identical to the regular sport bands which are sold by Apple. I have not tried on all the various watch straps offered but this band is very comfortable and flexible for everyday use and while exercising. 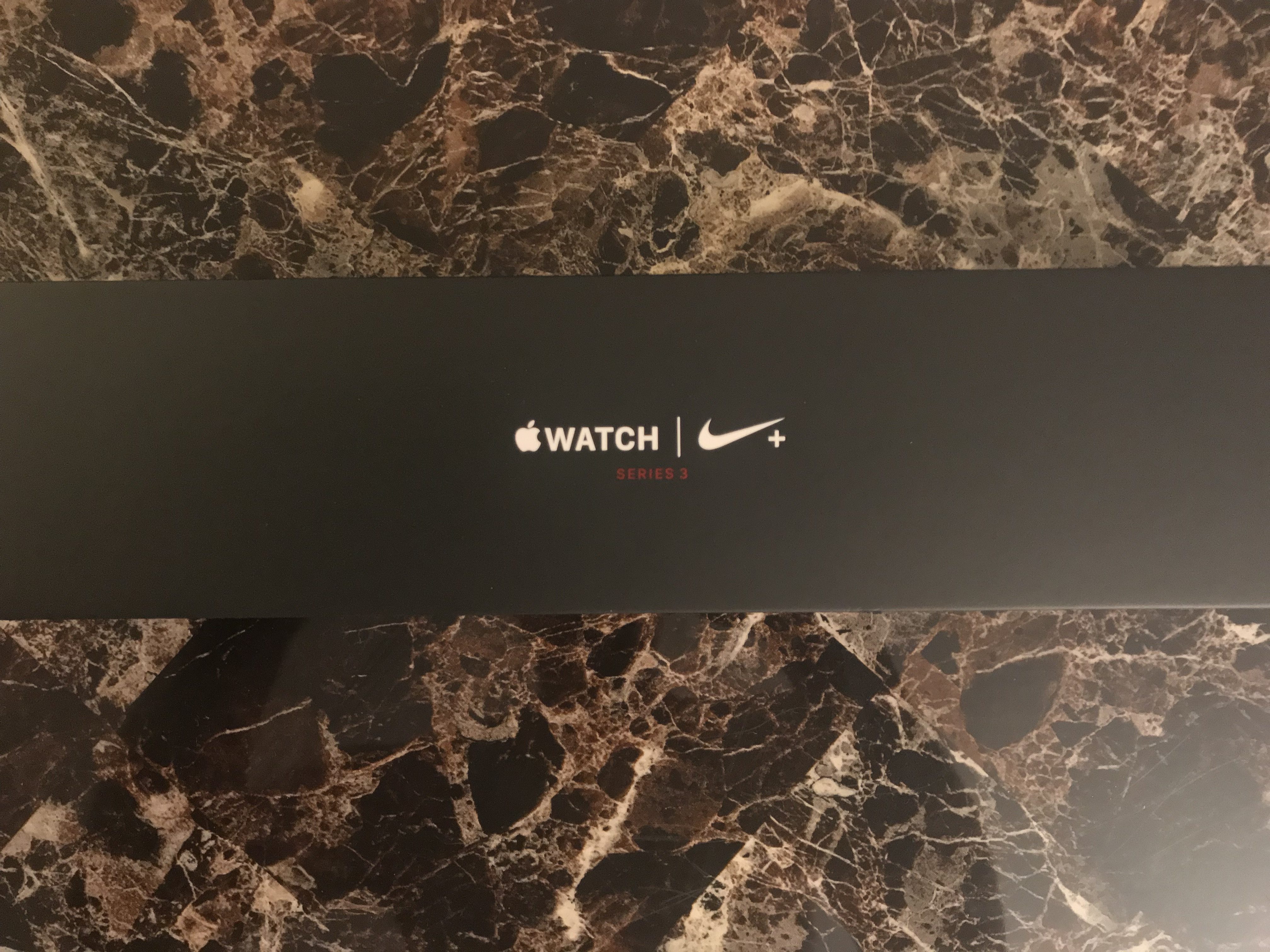 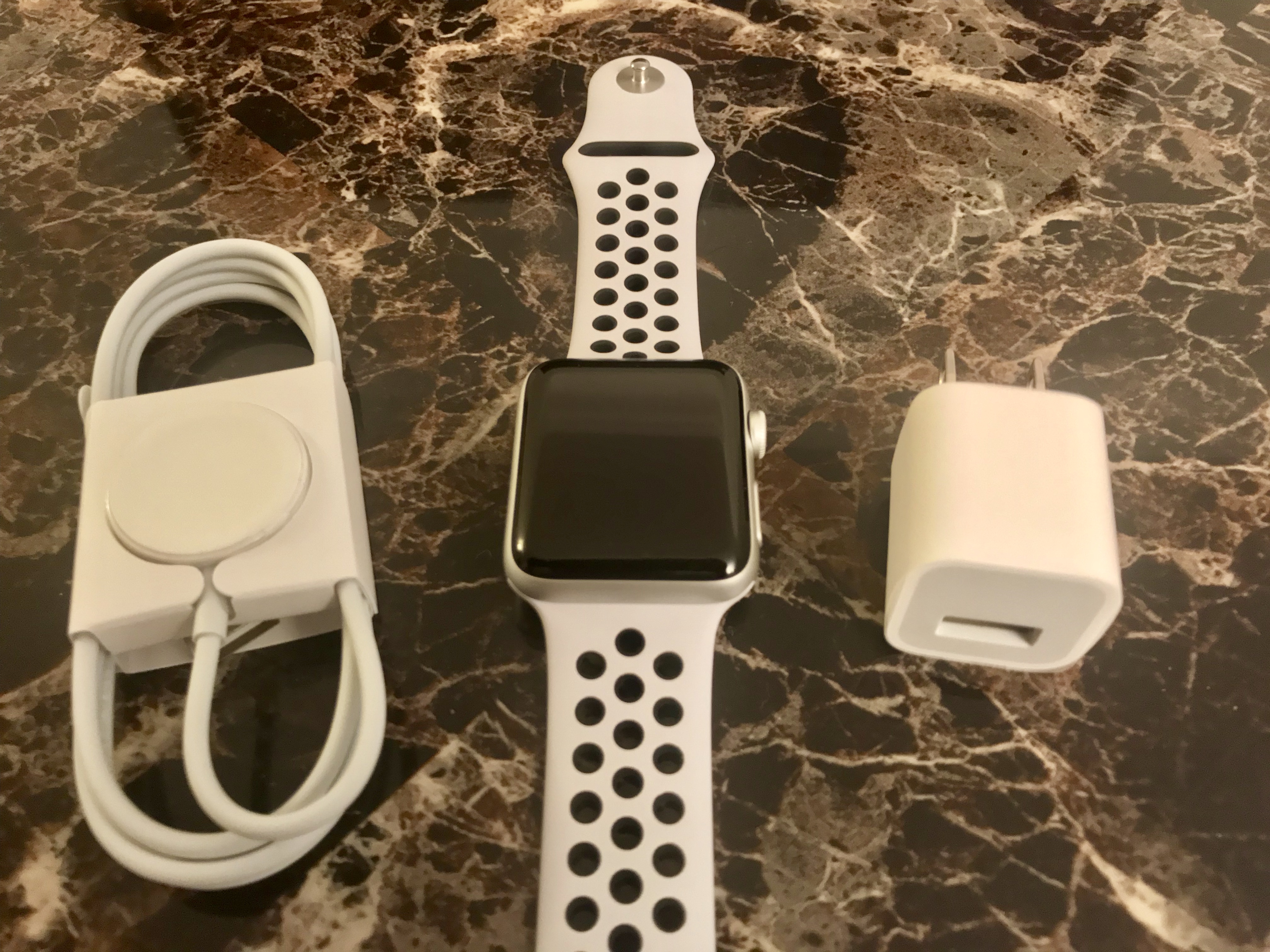 Aside from hardware features in the watch such as GPS, a dual-core processor, W2 chip, barometric altimeter, 16GB of storage, heart rate sensor, Wi-Fi (802.11b/g/n 2.4GHz) and Bluetooth 4.2, is a new functionality. Cellular. The new Apple Watch Series 3 Nike+ and in all Series 3 models has a cellular version, notable by the visual red color on the watch dial, which shares your existing iPhone’s phone number. The watch works on the same cellular network as your paired iPhone (iPhone 6 or newer). You can leave your iPhone at home and go for a run, and will still be able to do things such as make or receive calls, send or receive messages, Siri for a variety of tasks, and use Apple Watch apps requiring an internet connection. Being water resistant up to 50 meters (164.04 feet) and with a ceramic back, the new Series 3 has up to 18 hours of battery life. With the improved heart rate features, such as monitoring and showing current, resting, and walking average heart rates, I have worn the watch even while sleeping and the battery life has been great. The heart rate app notifies you if your heart rate rises above a set threshold, such as 100 bpm, when you’ve been inactive for a 10-minute period. My best estimate if I did not wear the watch while sleeping is it would last beyond two days of day-use (depends on usage of workout app and number of notifications). 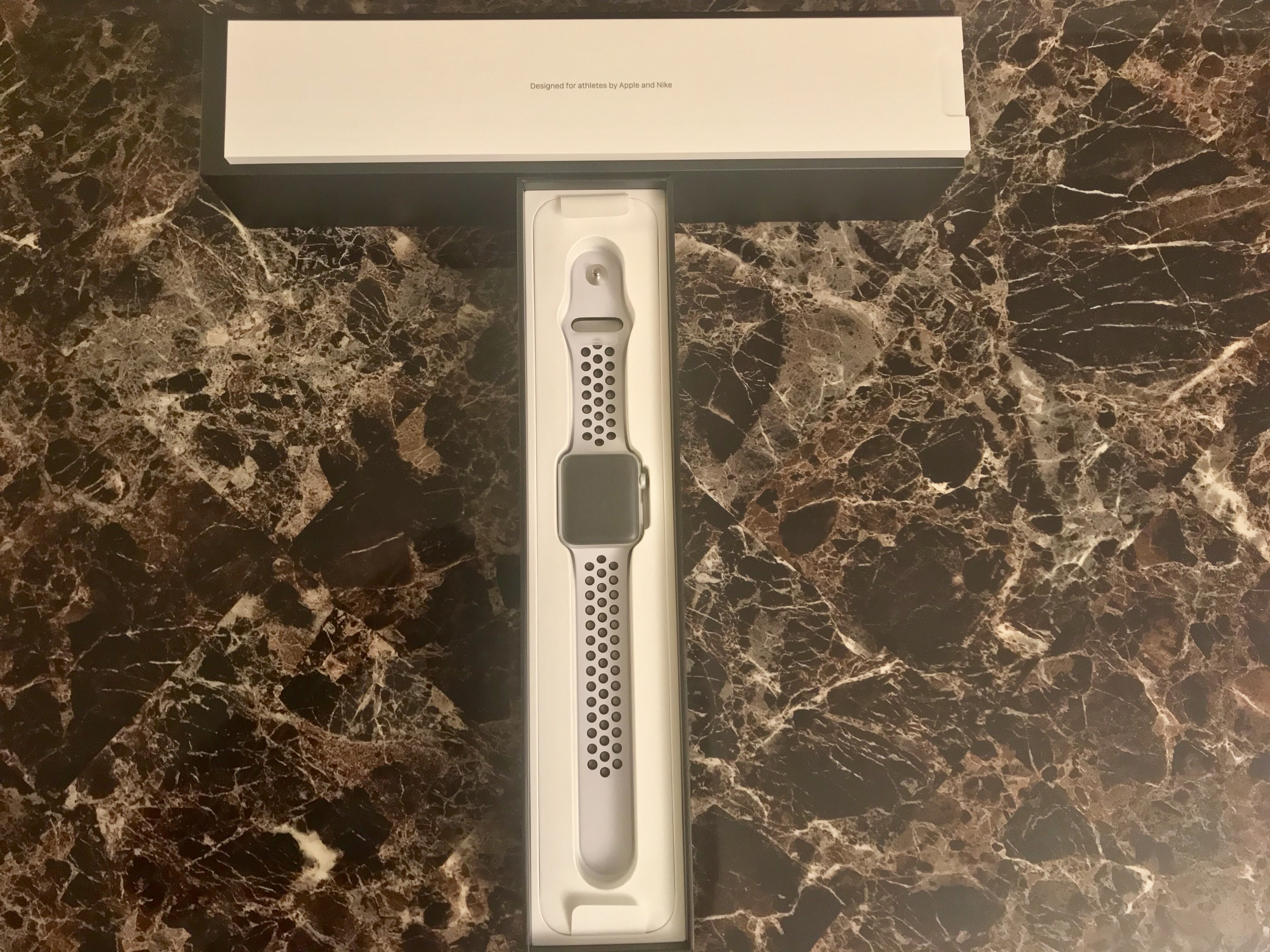 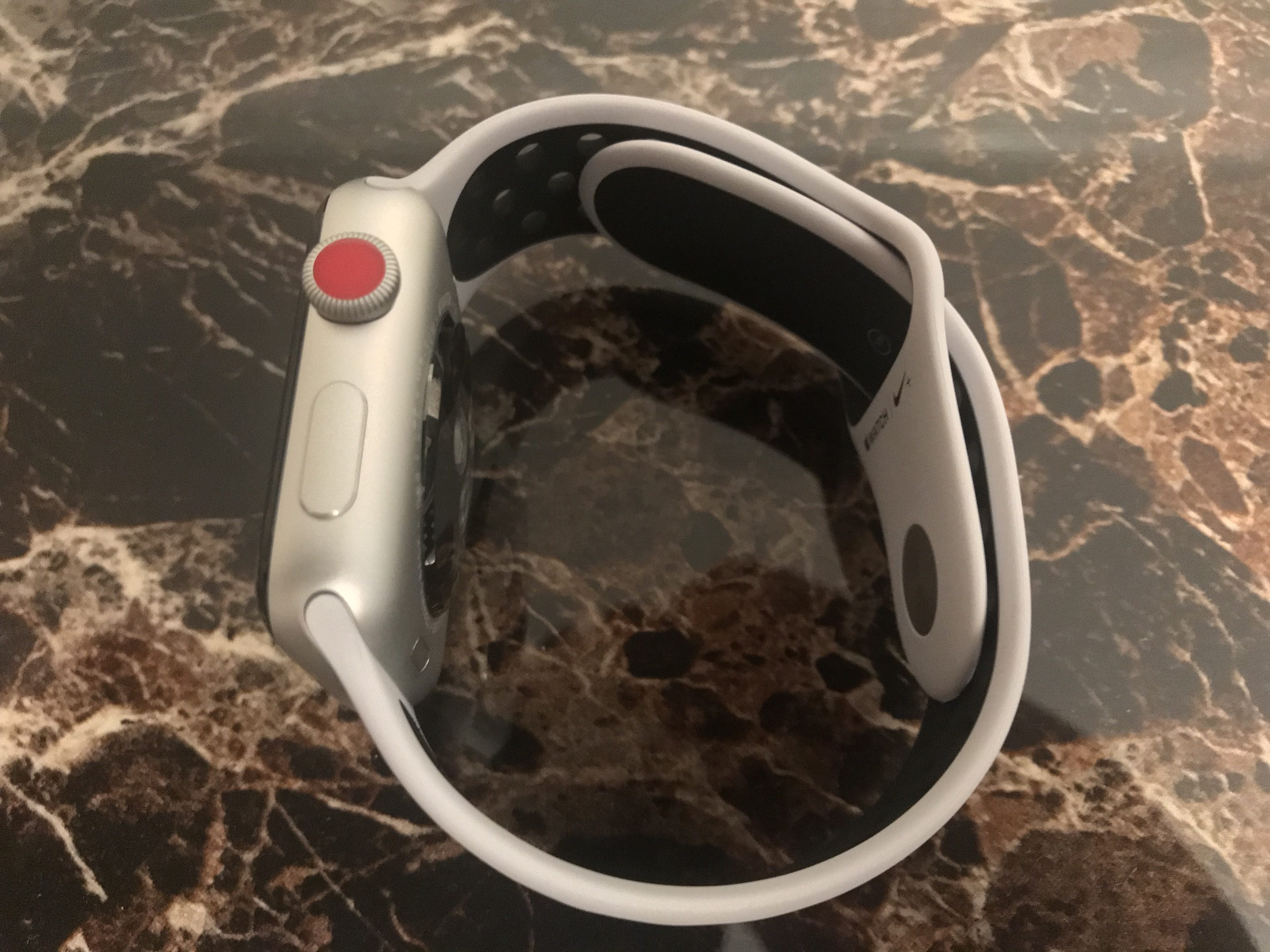 Coming to the software, watchOS 4 brings solid improvements in adding a few new watch faces, including the explorer watch face, a Siri watch face, and Nike+ watch faces (on Nike+ versions only). The activity app offers smart notifications telling you how many minutes of activity are needed to close an activity ring, along with new progress and celebration notifications. The workout app has some cool new features such as high intensity interval training, with custom heart rate and motion monitoring. It also has enhanced swim tracking and can sync to many popular brands of gym equipment such as stationary bikes and treadmills.

Wrapping up in new watchOS 4 features is music, as Apple Music on a cellular connection with the Series 3 watch allows you to stream music wherever you are, using Apple’s AirPods or your bluetooth headphones, and Apple Pay Cash, which is used to send or receive money between family and friends through iMessage. Included in the box are the silver aluminum case Apple Watch Series 3 Nike+, the Nike Sport Band (can be configured for either S/M or M/L length), 1 meter Magnetic Charging Cable, and 5W USB Power Adapter. The Series 3 watch will be able to charge on the wireless Apple AirPower mat, which is a product sold separately and is coming in 2018.