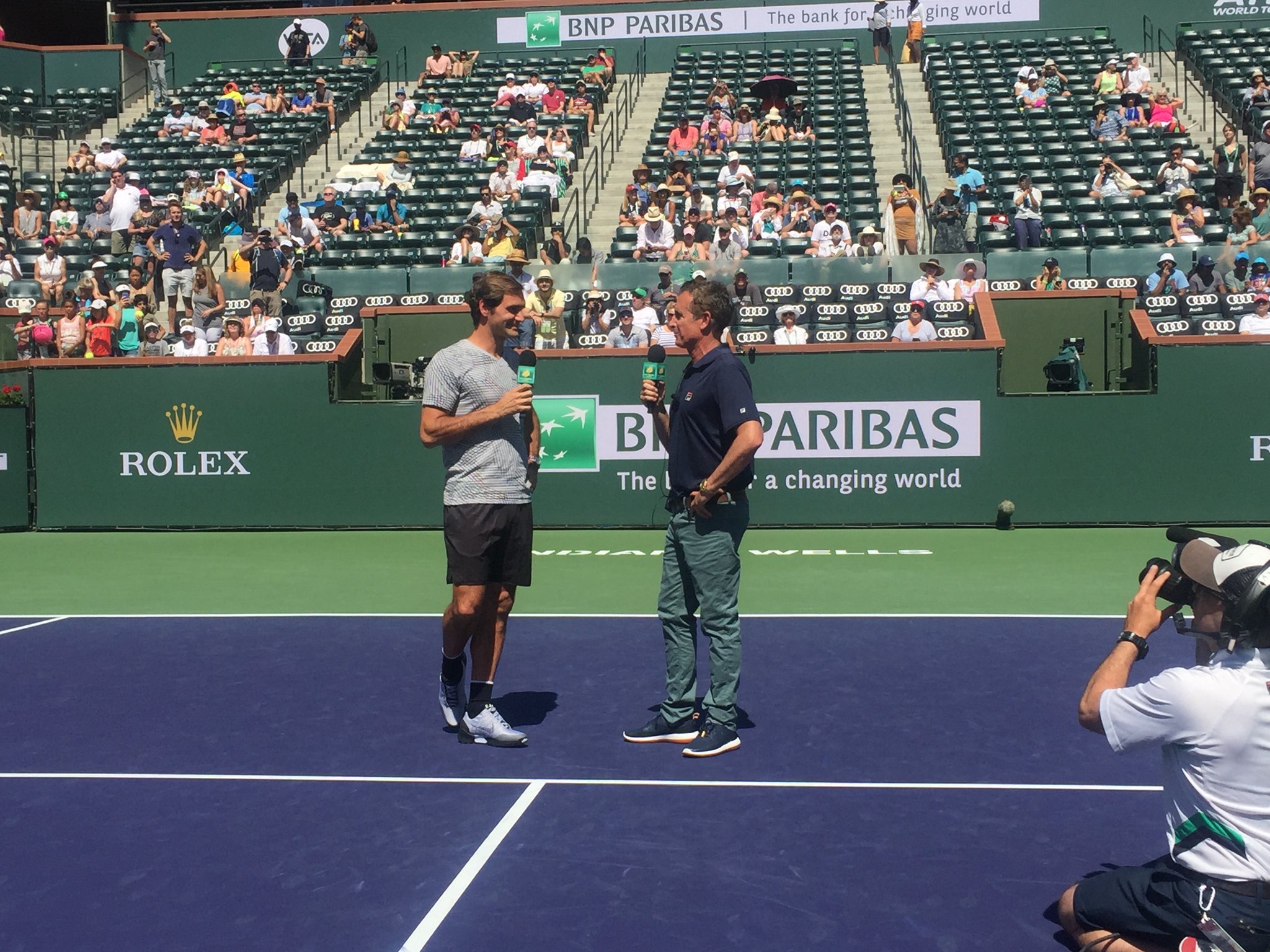 Federer Receives Walkover into BNP Paribas Open Semifinal – About two hours before the start of their quarterfinal match on Friday, Nick Kyrgios was forced to withdraw, due to food poisoning. The young Australian was coming off upsetting Novak Djokovic in the fourth round, the second win against the Serbian this year after defeating him in Acapulco in February. With the walkover, the Swiss maestro advances to the semifinals in Indian Wells, and will face American Jack Sock on Saturday (second semifinal). Stan Wawrinka will take on Pablo Carreno Busta in the first semifinal, beginning at 11am PDT.

Kyrgios wrote and shared a note on Twitter, apologizing for his withdrawal. 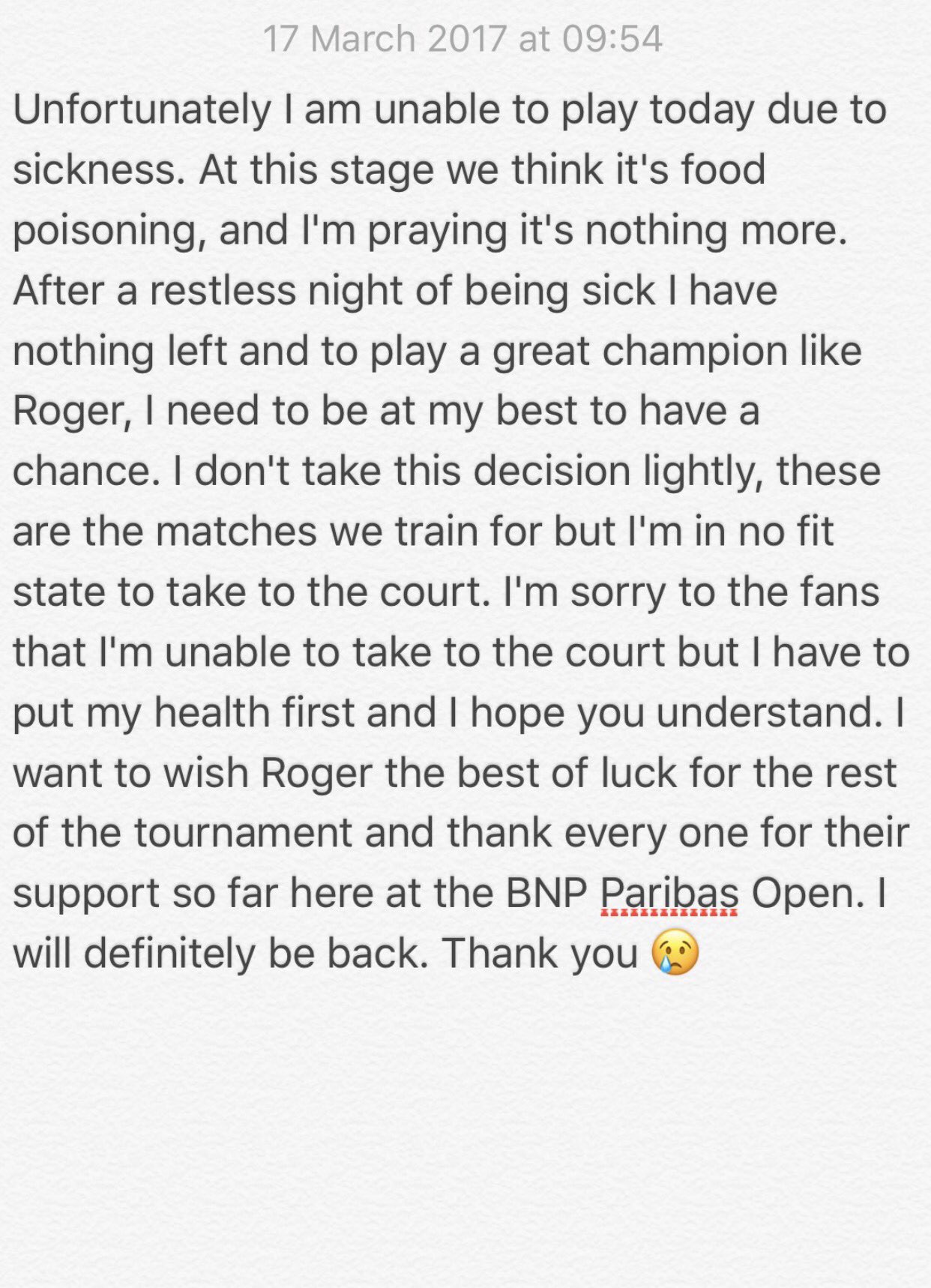 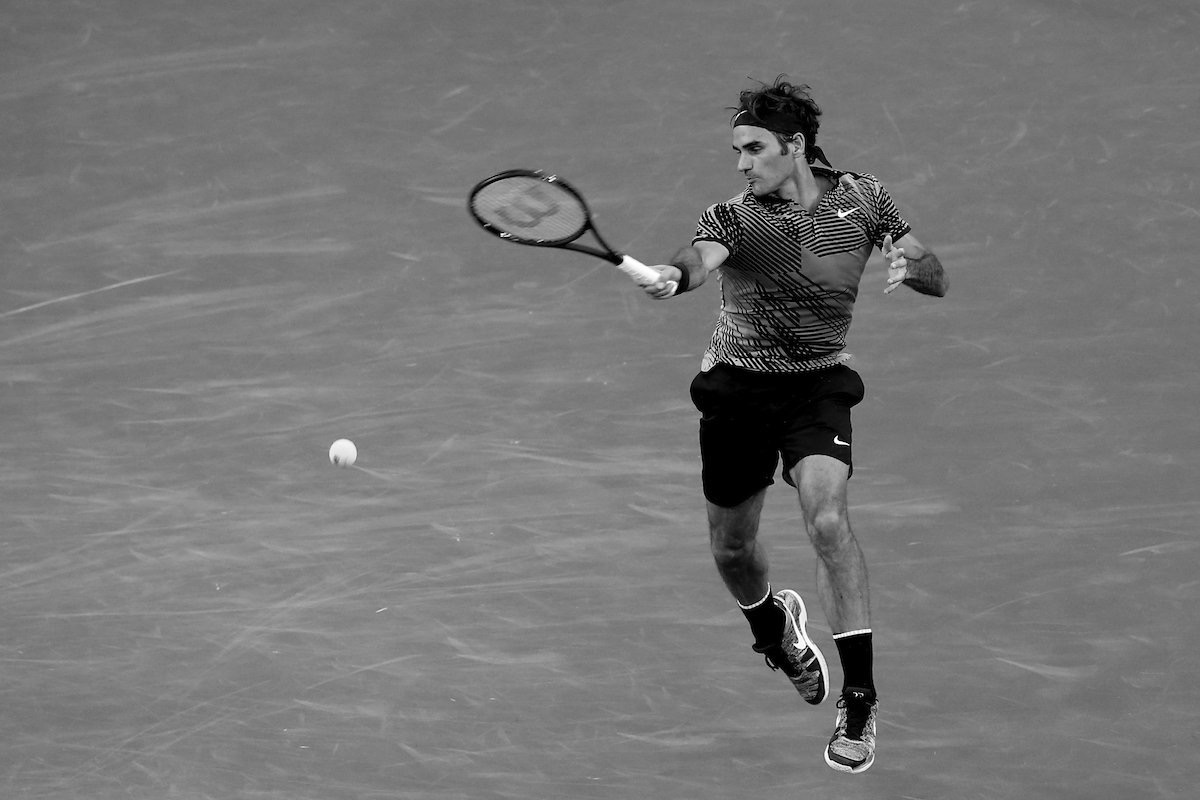 Federer let tournament director Tommy Haas know he would like to come on Stadium 1 for a brief interview in lieu of the quarterfinal match. Also, along with Haas, and Grigor Dimitrov, the trio made a second satirical video, singing together to David Foster’s ‘Hard to Say I’m Sorry,’ with some assistance from autotune. (alternative link to video on YouTube)

Federer also took time earlier in the week (Thursday) to sign autographs at the Tennis Warehouse booth on-site at the BNP Paribas Open in Indian Wells.