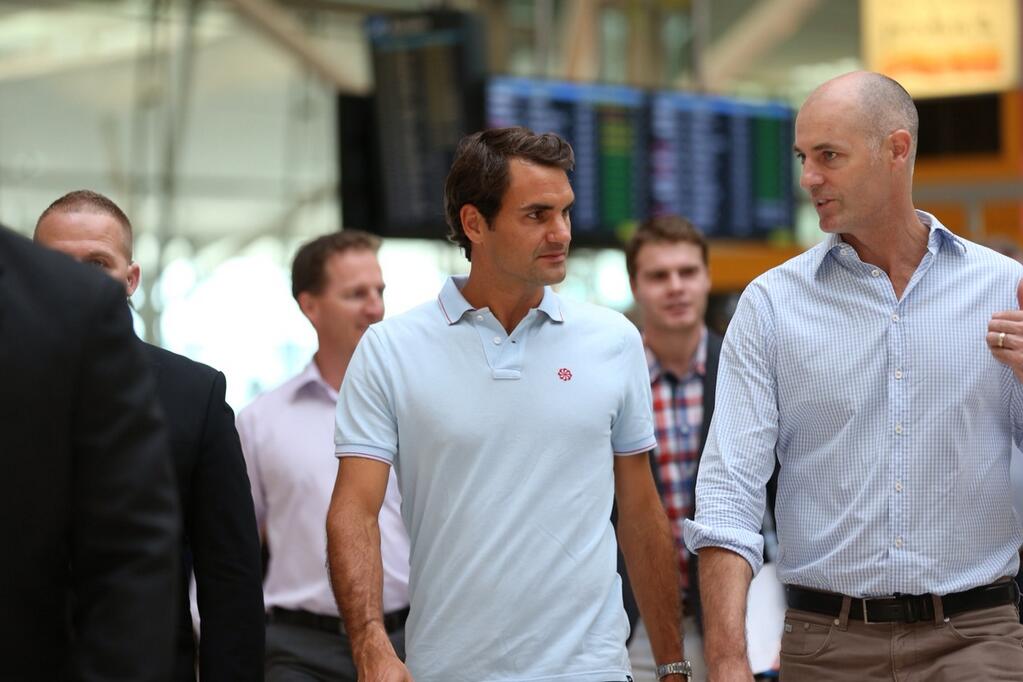 Roger Federer arrived in Brisbane early Saturday morning, as he will participate in the upcoming Brisbane International to kick off his 2014 season. The Swiss maestro was relaxed, and even said he felt energized. He immediately had a brief press conference before heading off to the hotel near the tournament site.

Some excerpts from his press conference (via @BrisbaneTennis):

“It’s pretty simple here & in Melbourne, you want to do very well & get into the groove again”

“The body is fit, feeling good…these last 3 months have been good”

“Tennis is very important but it’s not everything”

"I feel very energised to be here even though it's 7 in the morning" @rogerfederer #brisbanetennis pic.twitter.com/u4cWTq9fzN

“(If retirement) was the case I wouldn’t tell you anyway”

The Swiss maestro has been busy this off season, both on court with training and off court with business matters. Catch up on the latest news and updates.

The Swiss star is making his first appearance at the Brisbane International, which begins December 29. Following that and leading into the Australian Open, Federer will take part in an exhibition match with Jo-Wilfried Tsonga, “A Night with Roger Federer and Friends,” to be held at Rod Laver Arena on January 8.