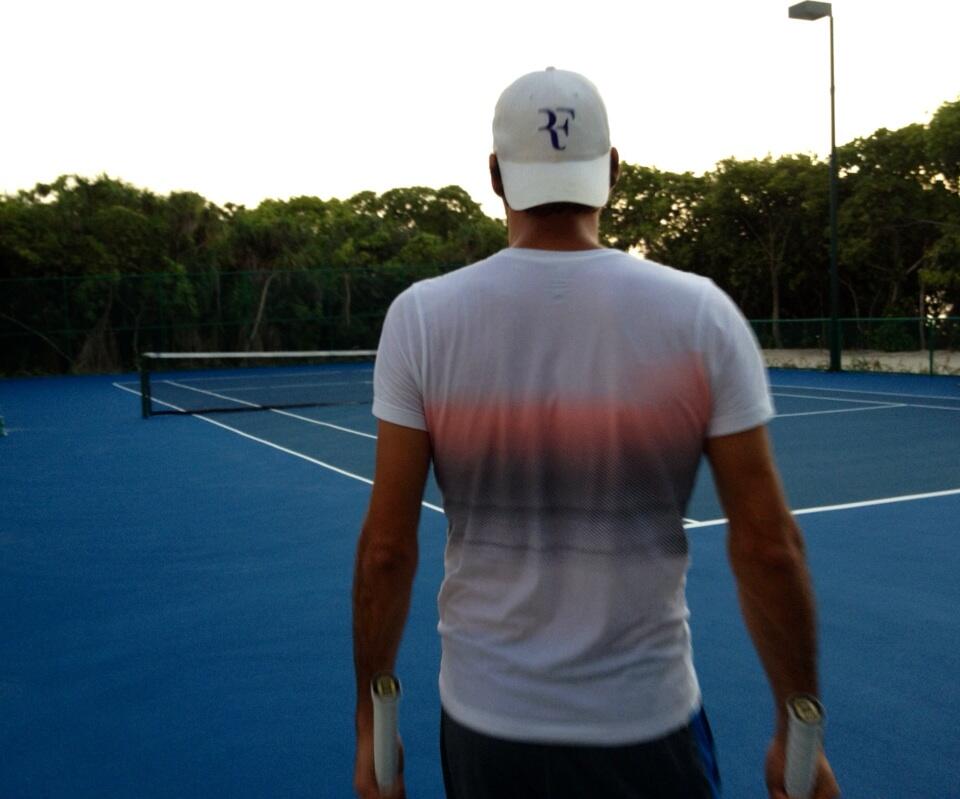 In July 2013, heads turned as the racquet in Roger Federer’s hand was not a Pro Staff. First seen in a Wilson Tennis photo from a practice session, fans and critics alike pondered, is Roger testing out a new racquet? Then the Swiss maestro confirmed the switch to a blacked out, 98 square inch racquet, while a final report cleared confusion that the new frame was a prototype, not the Blade 98, despite how it appeared.

Even a Mystical Aerostaff racquet was created from imagination.

A couple odd losses and back issues later, Federer himself swapped the prototype for his trusted Pro Staff 90 during practice sessions in Cincinnati. He stated during interviews and press conferences (in four different languages) that he would put off racquet testing until the fall, after the US Open. The fall passed without the testing, and he continued to use the same racquet through the end of the season.

Now with more time again, the Swiss maestro is testing racquets. In keeping a very low profile other than a one week training session with Stefan Edberg, it is still unclear which racquet he will decide to play with in 2014.

The 17 time grand slam champion will begin 2014 at a new stop, the Brisbane International. He will return to action in about two weeks. In earlier news, the Swiss star and agent Tony Godsick formally created their new agency, Team8.