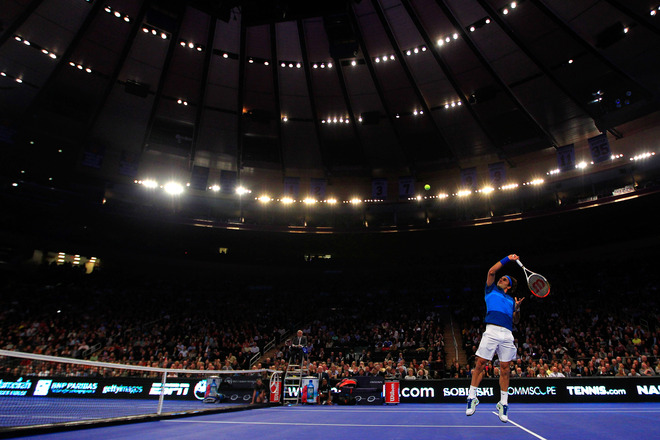 Andy Roddick beat Roger Federer Monday night at Madison Square Garden, part of the BNP Paribas Showdown exhibitions. The American delighted the crowd with his jokes and sense of humor, and defeated the Swiss 7-5 7-6 (9-7). Roddick won a point while pulling an impression of Rafael Nadal, ran to the front row to get Ben Stiller’s autograph, and got involved with the crowd on several occasions. Federer and Roddick have faced off against one another for over a decade, with the Swiss maestro holding a 21-2 record head to head. Their most memorable match was in 2009, when Federer defeated Roddick in five sets at Wimbledon, 16-14 in the 5th set; a record in the open era.

Also participating in the MSG exhibition were two of the most popular women on the WTA Tour. Maria Sharapova defeated Caroline Wozniacki 6-3 6-4. 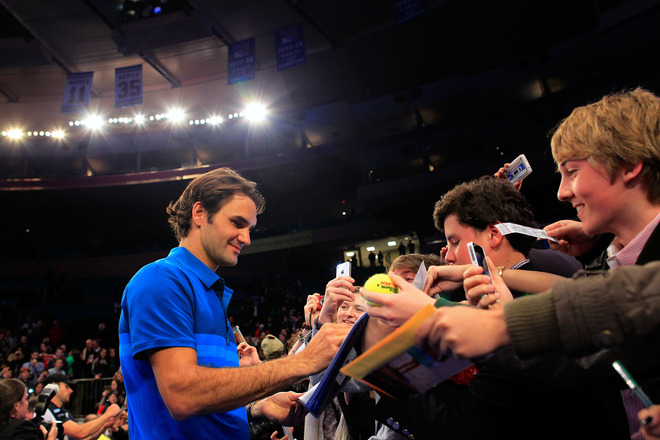 Next up for Federer is Indian Wells in the southern California desert. Keep track of the Swiss maestro’s full schedule with RF Activity.