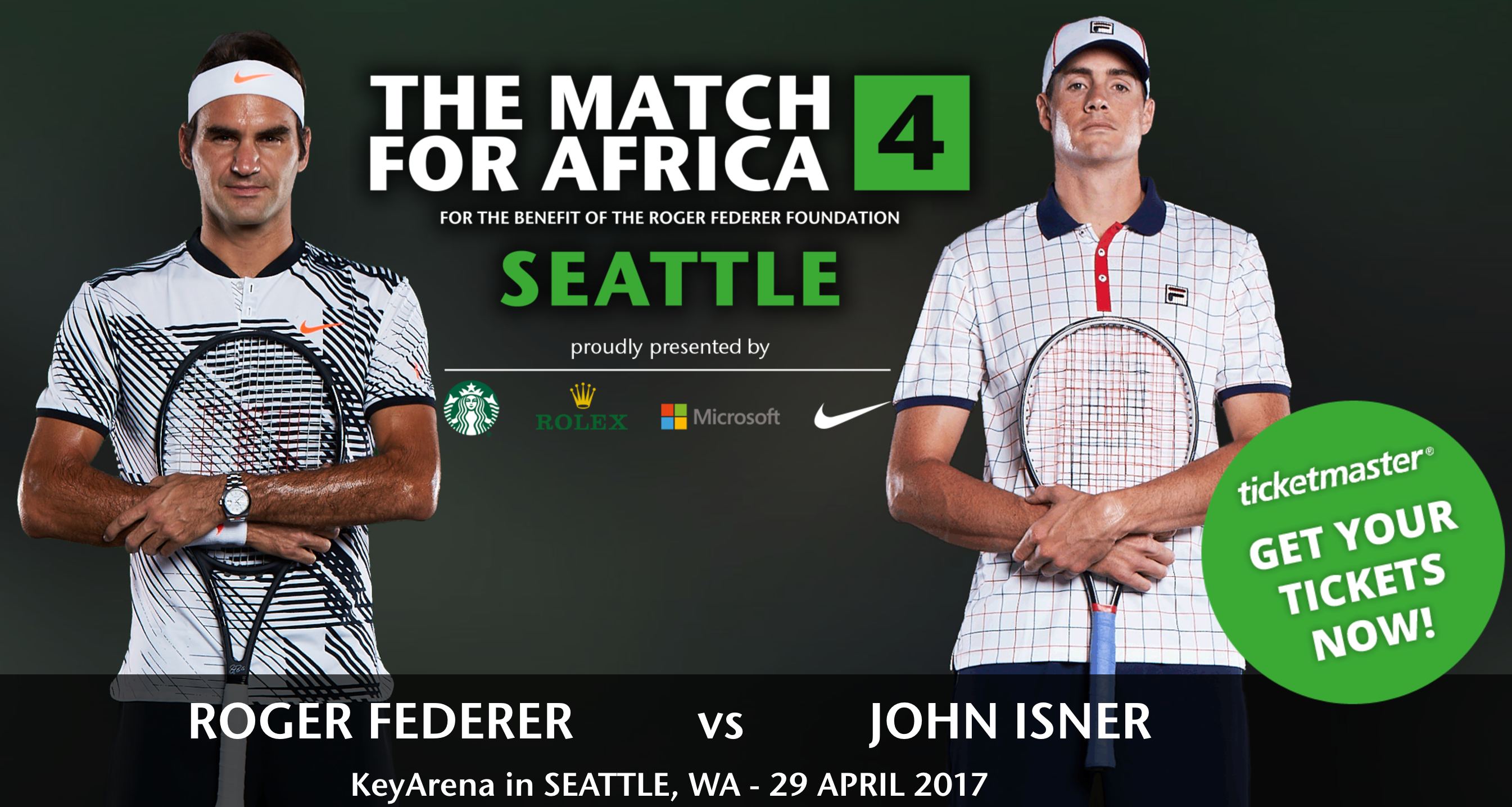 Roger Federer shared a video on Twitter Tuesday afternoon, with the caption, “Some fans have no respect…” The curiosity led toward watching a video of a fan in the background cheering during play for the Swiss maestro as he was distracted during his service motion. The 18-time grand slam champion politely asked the man in the crowd to be quiet, and then stopped when the man said if he came to Seattle, they could fill up KeyArena. That man is Bill Gates, philanthropist, co-founder of Microsoft, author and business magnate, whom Federer describes as ‘the world’s leading philanthropist.’

For the full benefit of his foundation, the 35-year-old Swiss and John Isner will play an exhibition match at KeyArena to support children’s education in Africa. Tickets for Match for Africa 4 – Seattle will be available Thursday, April 6, at 9:00 a.m. PDT (Buy tickets here). All proceeds will go to the benefit of the Roger Federer Charitable Fund/Roger Federer Foundation. Full press release below. 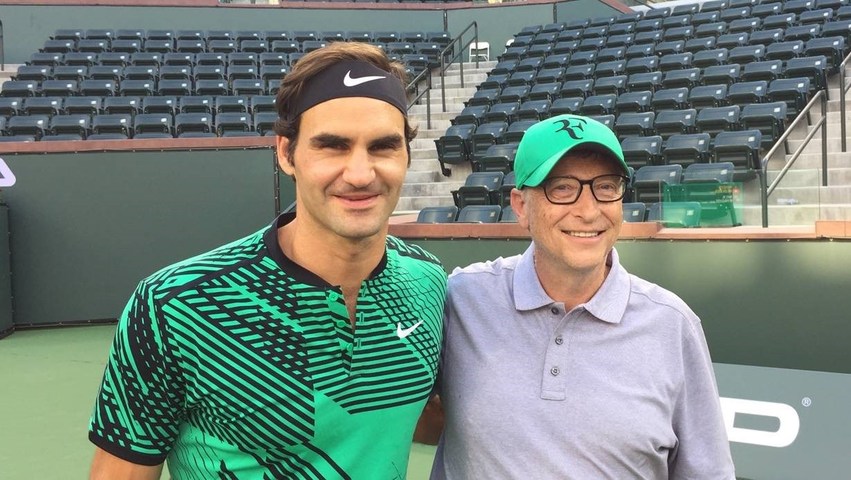 Some fans have no respect… pic.twitter.com/FQkSIr3xnh

Fresh off his record-setting 18th Grand Slam win at the Australian Open in January and a sweep of the recent U.S. hard court events in Indian Wells and Miami, legendary tennis champion Roger Federer will play his first-ever match in Seattle on Saturday, April 29. Federer will take on American tennis star John Isner at KeyArena in an exhibition match to support children’s education in Africa. Celebrity guests including Bill Gates will also take to the court to test their game against the two tennis champions. Tickets for Match for Africa 4 – Seattle are available Thursday, April 6, at 9 a.m. PDT with net proceeds benefiting the Roger Federer Charitable Fund/Roger Federer Foundation.

“I believe in the power of people. We know that a good education is a decisive factor to empower children by allowing them to take their future into their own hands,” said Federer. “With my foundation, we want to provide one million children with the opportunity for a quality education by the end of 2018. The Match for Africa 4 in Seattle will help us reach our ambitious goals. I am very grateful for this opportunity to collaborate with Bill Gates, who in my opinion is the world’s leading philanthropist.”

As a warm-up, the 18-time Grand Slam champion will team with the Microsoft co-founder and co-chair of the Bill & Melinda Gates Foundation for a friendly, one-set doubles match against Isner and a surprise celebrity partner. Federer and Isner will then go head-to-head in a best-of-three-sets match that offers the region’s first up-close look at Federer’s legendary game. The match comes amid Federer’s unprecedented resurgence and rise back up the rankings.

“I’m a huge fan of Roger’s work on and off the court,” said Gates. “We share a love of tennis (although he might be a little better than I am) and a belief that all children deserve a world-class education. Roger’s foundation does great work to support education in Africa, so it will be a lot of fun to play alongside him for such an important cause.”

This is the fourth Match for Africa event for the Roger Federer Foundation, which has given $29 million to support children’s education in six African countries and Federer’s native Switzerland. An estimated 650,000 children across 16 programs have so far benefitted from the foundation’s giving, which emphasizes systemic change and sustainable local impact. By 2018, it aims to expand its work to support one million children—a benchmark the upcoming event in Seattle will help it reach.

Seattle’s Match for Africa is proudly presented by the Starbucks Foundation, Rolex, Microsoft, and Nike. More information is available at www.match-for-africa-seattle.com. Tickets can be purchased at the KeyArena Box Office, Ticketmaster.com, or charge by phone toll free at (800) 745-3000.

About the Roger Federer Foundation

For more than thirteen years the Roger Federer Foundation has been engaging in education programs for children living in poverty in Africa and Switzerland. It only works with carefully selected local organizations in long-term partnerships and seeks to bring about systemic change and have a sustainable impact. The Foundation aims therefore to enable and empower the local population to assume responsibility for finding solutions to problems while also determining the content, organization and finances of these solutions. In 2016 alone, 16 programs were financially supported with $6.3 million. Until today more than $29 million has been invested in the education of 650,000 children in Botswana, Malawi, Namibia, Zambia, Zimbabwe, South Africa, and Switzerland. The Roger Federer Foundation aims to reach one million children by 2018.