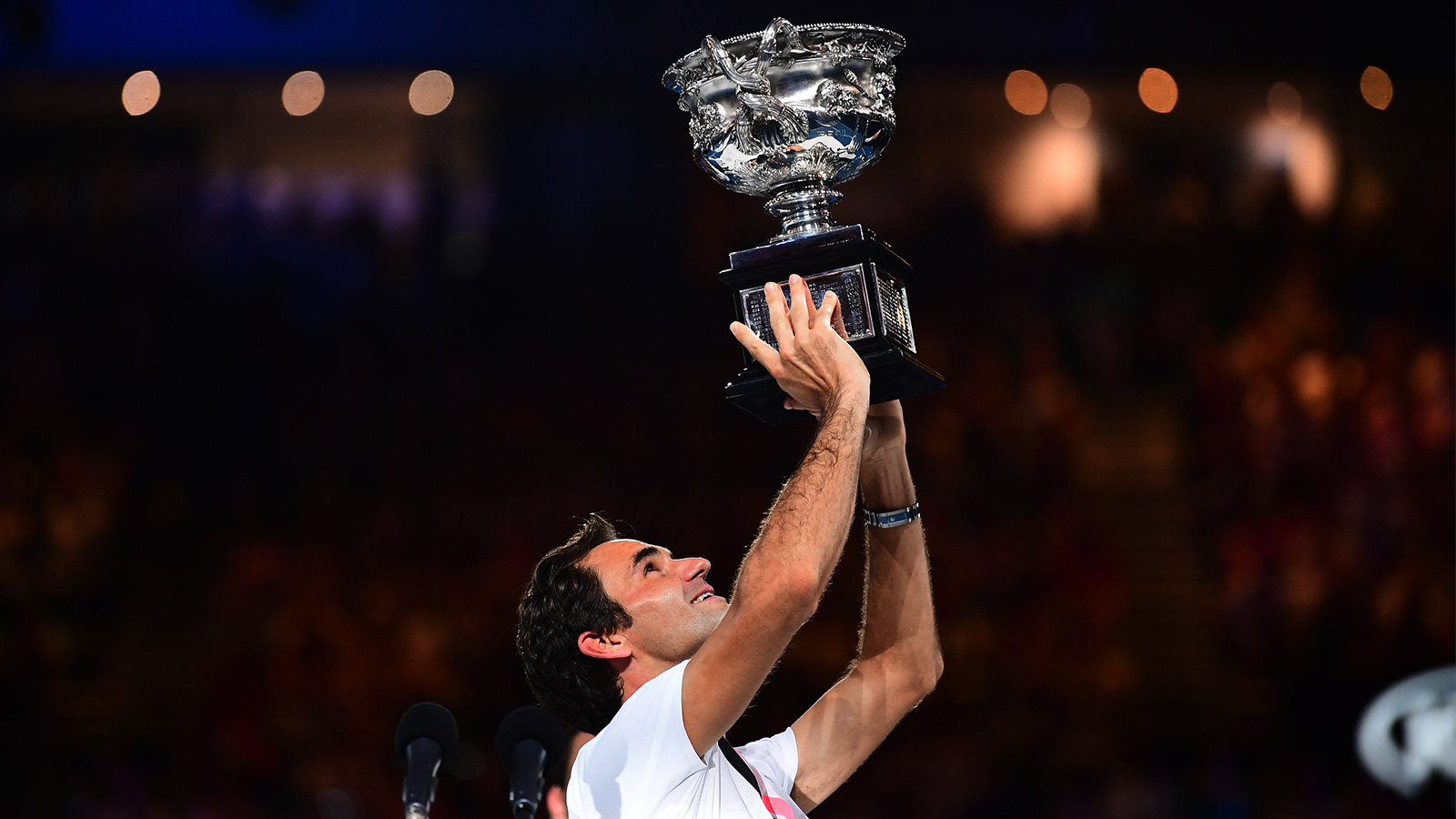 Federer Wins 20th Grand Slam Title – Back to back, both in winning challenges on match point, and the Australian Open title. Roger Federer became the first player in men’s tennis history to win 20 grand slams, putting him in company with Serena Williams (23), and Steffi Graf (22), as the only tennis players to win 20 or more grand slams in the Open Era (since 1968). In this modern era, with 20 grand slams, the Swiss maestro has now accounted for 10% of the total of men’s grand slam singles titles.

One year ago, Federer defeated Nadal to win his 18th grand slam title, ending the gap since his last grand slam title (2012 Wimbledon). Since then, he defeated Marin Cilic in the 2017 Wimbledon final, and was pushed to five sets Sunday night in Melbourne by the Croatian. Despite the slow start, Cilic snuck out the second set in a tiebreaker, as his game became comfortable from his serve to his powerful groundstrokes, moving the 36-year-old Swiss from side to side on several lengthy rallies.

The Swiss appeared to turn the match in his favor by taking the third set and going up a break in the fourth set, but Cilic still had his best tennis to put on display, and he did by breaking back, and going on to hold serve to push the final to a deciding fifth set. There, he relentlessly applied pressure on Federer’s service games, particularly the opening game, but somehow the defending champion escaped and then broke for a 3-1 lead. After that stage, he never looked back, breaking Cilic again before serving out the match 6-2 6-7 (5) 6-3 3-6 6-1, in 3 hours 4 minutes. 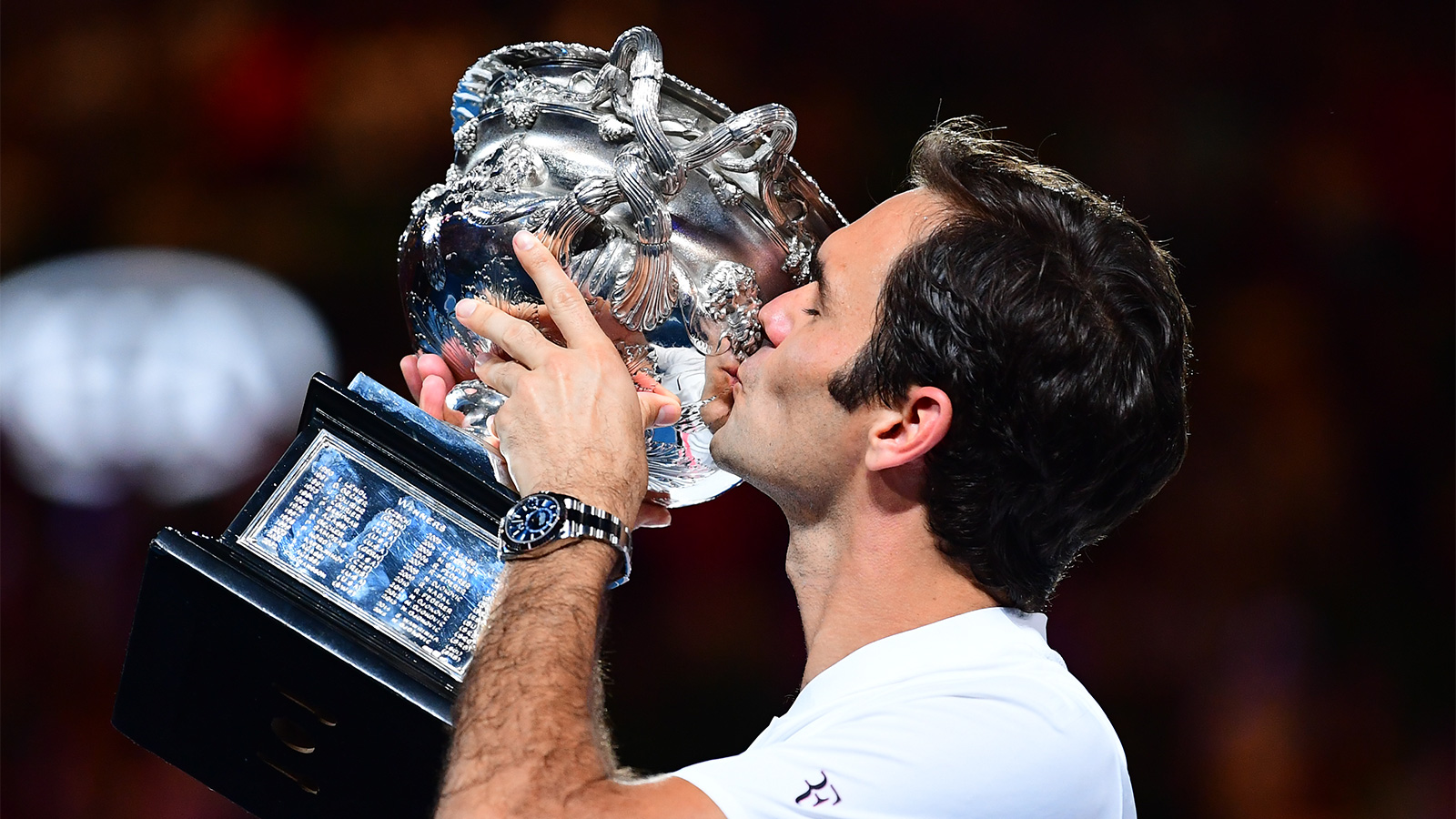 Federer claimed his 20th grand slam in his 30th grand slam final. Sunday night’s victory on Rod Laver Arena also ties the Swiss with Roy Emerson and Novak Djokovic with a record tying 6 Australian Open titles. It is the first time he has won the same grand slam back-to-back since the 2008 US Open. With 96 career titles now to his name, Federer is closing in on the 100 title mark (1139-250 match record). Only Jimmy Connors (109) has won more titles in men’s tennis in the Open Era. The 20-time grand slam champion is now 155 points behind Rafael Nadal in the ATP World Tour rankings. Marin Cilic now moves up to a career best world #3, after reaching the Australian Open final.

“I’m so happy, it’s unbelievable,” said an emotional Federer, with the Norman Brookes Challenge Cup trophy in his hands once more. “It’s been a long time waiting for this final. It’s easier in the afternoon, but when it’s at night you think about it all day. I’m happy it’s over now. It’s a dream come true and the fairy-tale continues. After the year I had last year, it’s incredible.” 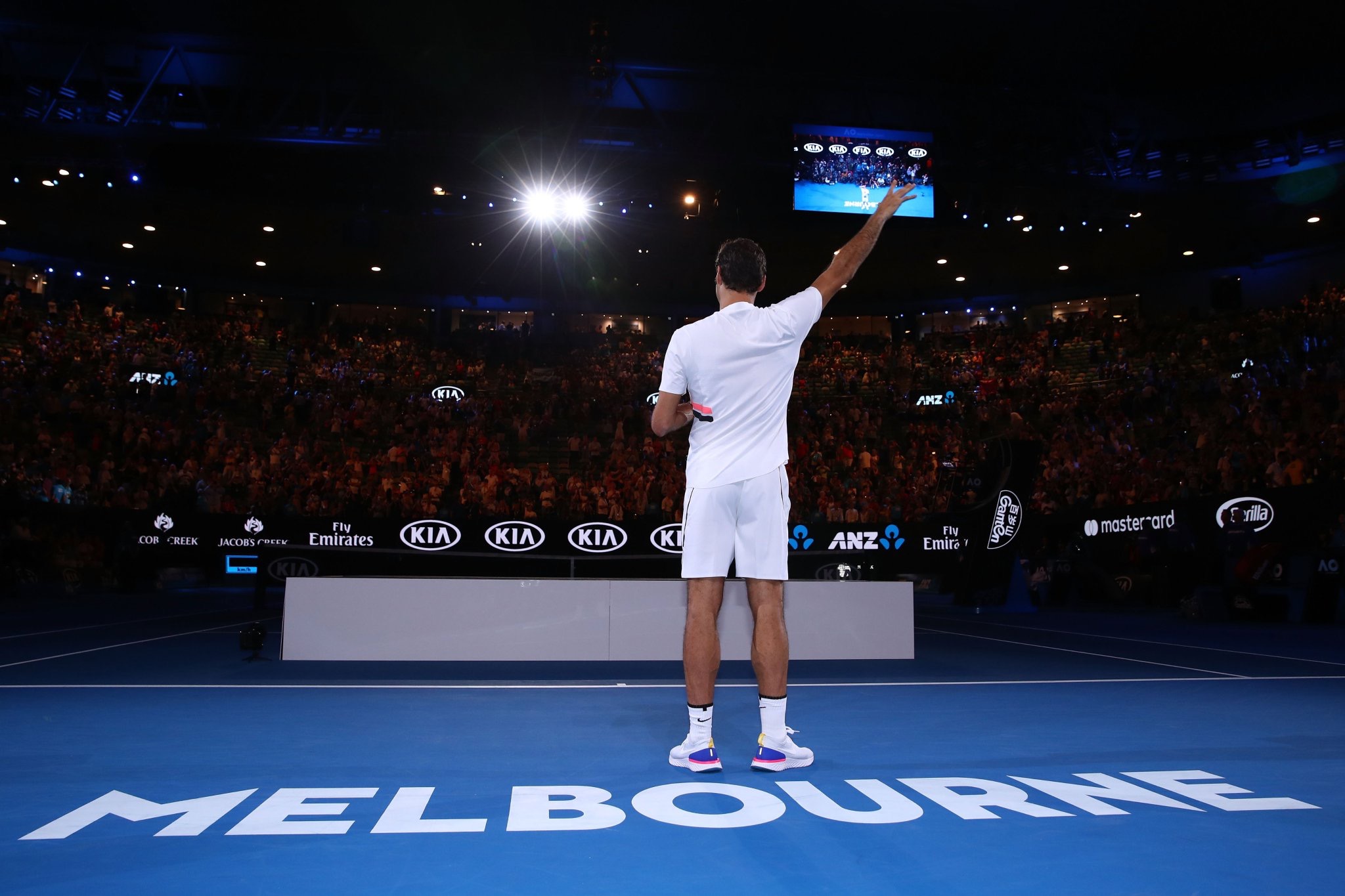