In 2018, Federer will sport the latest gear from Nike. Prominent colors include white, lava glow, and black. The new, NikeCourt Air Zoom Vapor X is the evolution of the iconic Nike Air Zoom Vapor shoe. The 19-time grand slam champion has been wearing them since the start of the year. Nike describes the new footwear to provide ultralight speed, a secure fit, responsive cushioning, and quick stability. 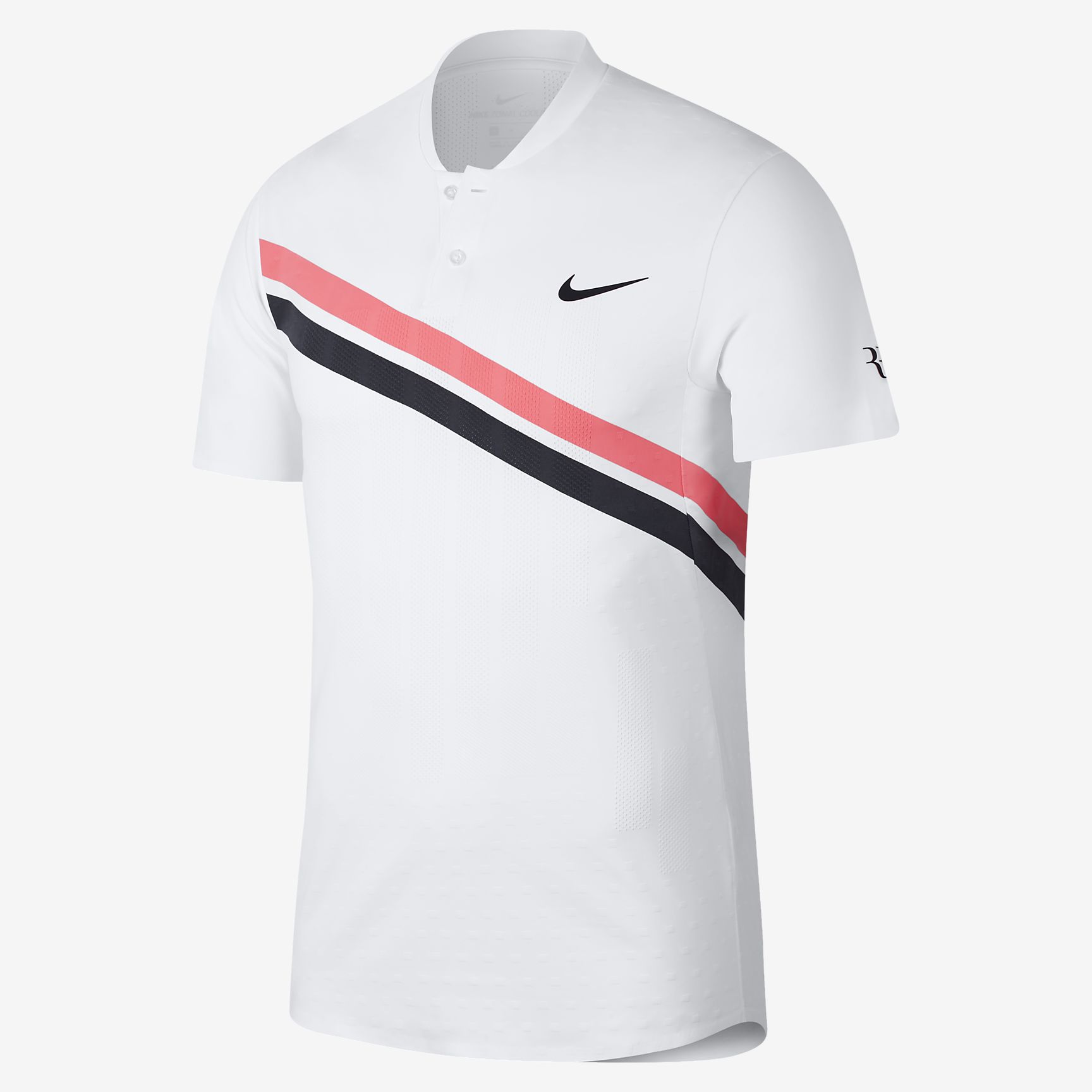 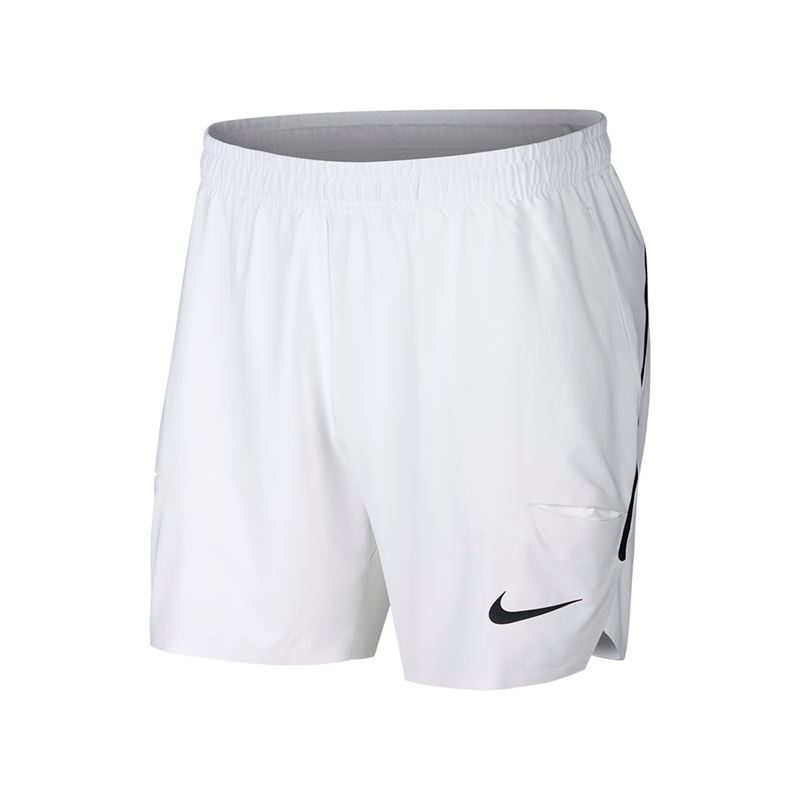 Secure Fit
The Dynamic Fit system wraps your foot from the bottom of the arch up to the laces for a glove-like fit.

Quick Stability
The full-length TPU foot frame wraps up the outside of your foot for added stability on every turn and swing. 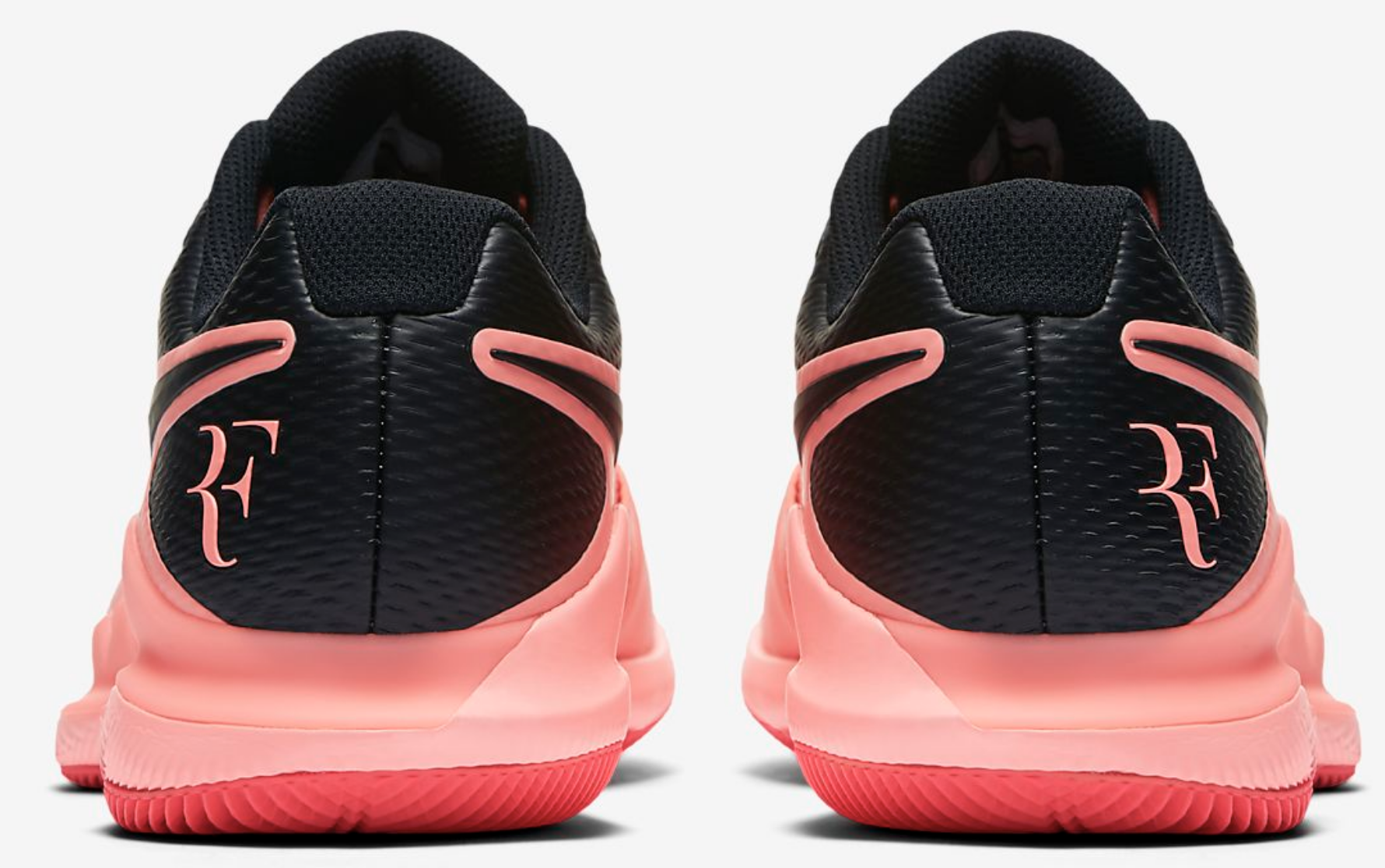 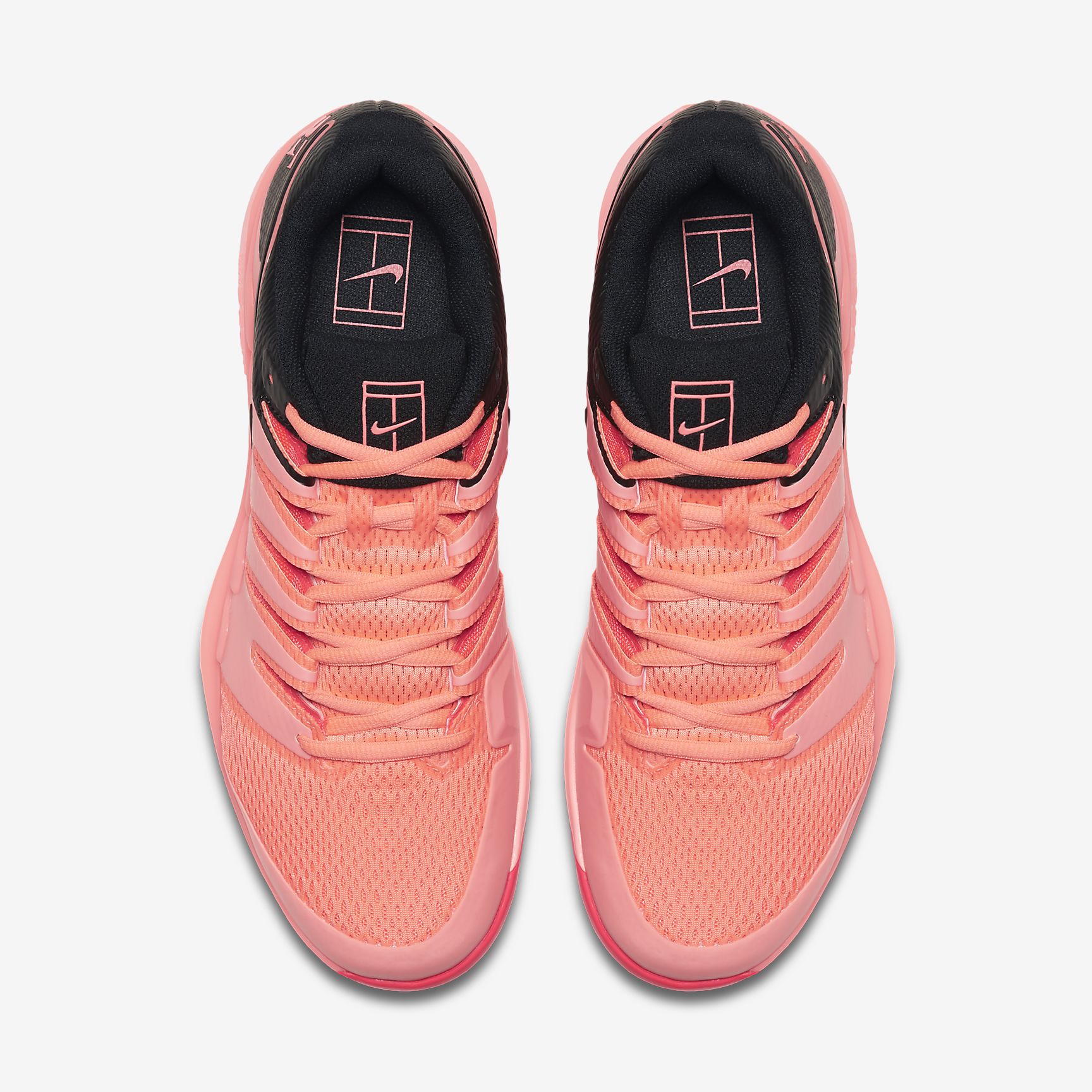 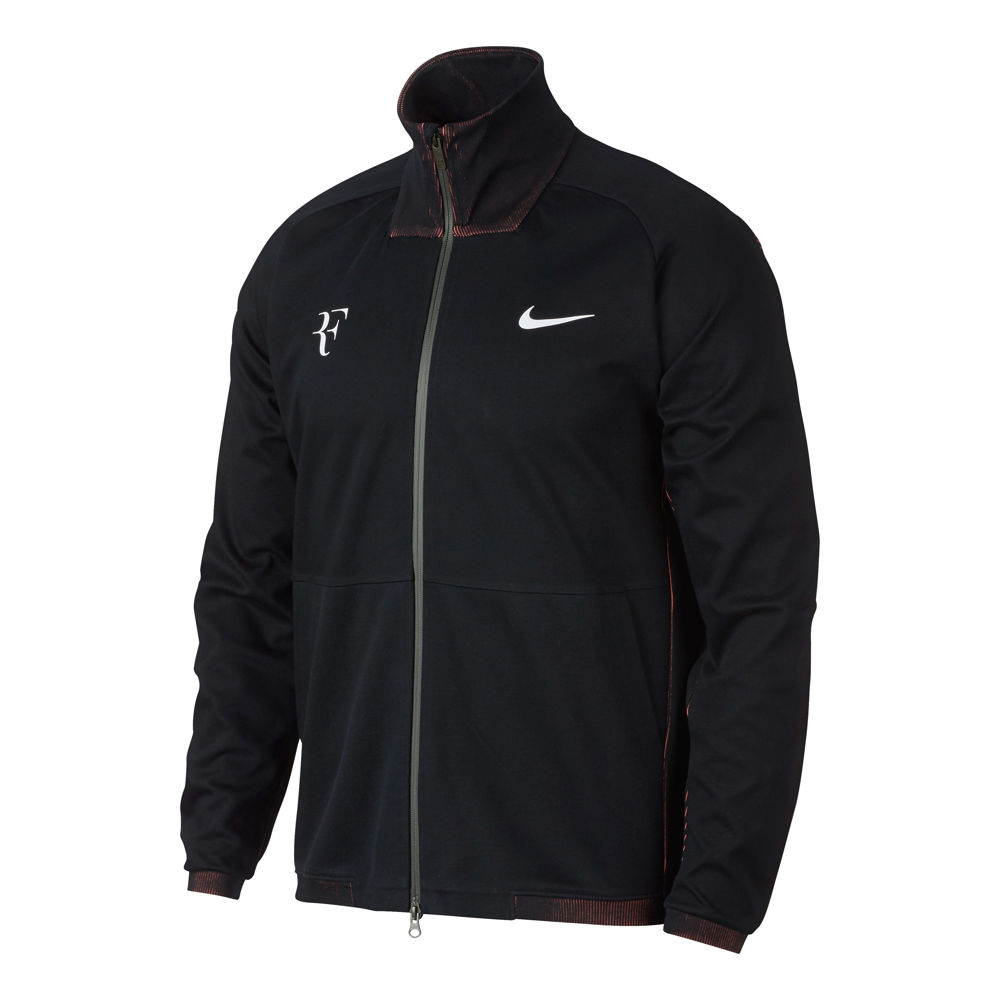 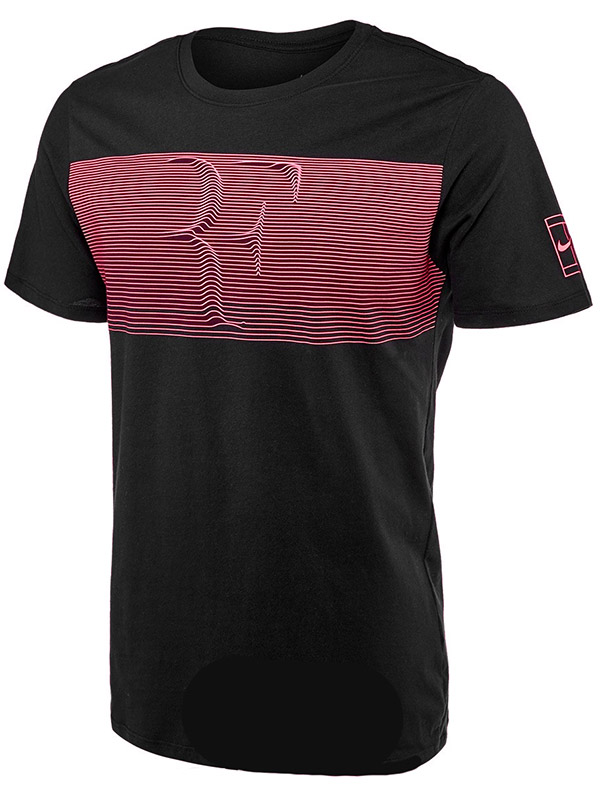 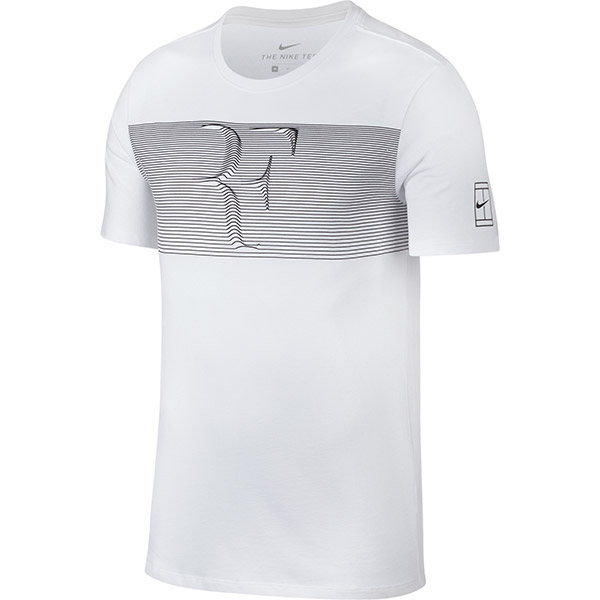 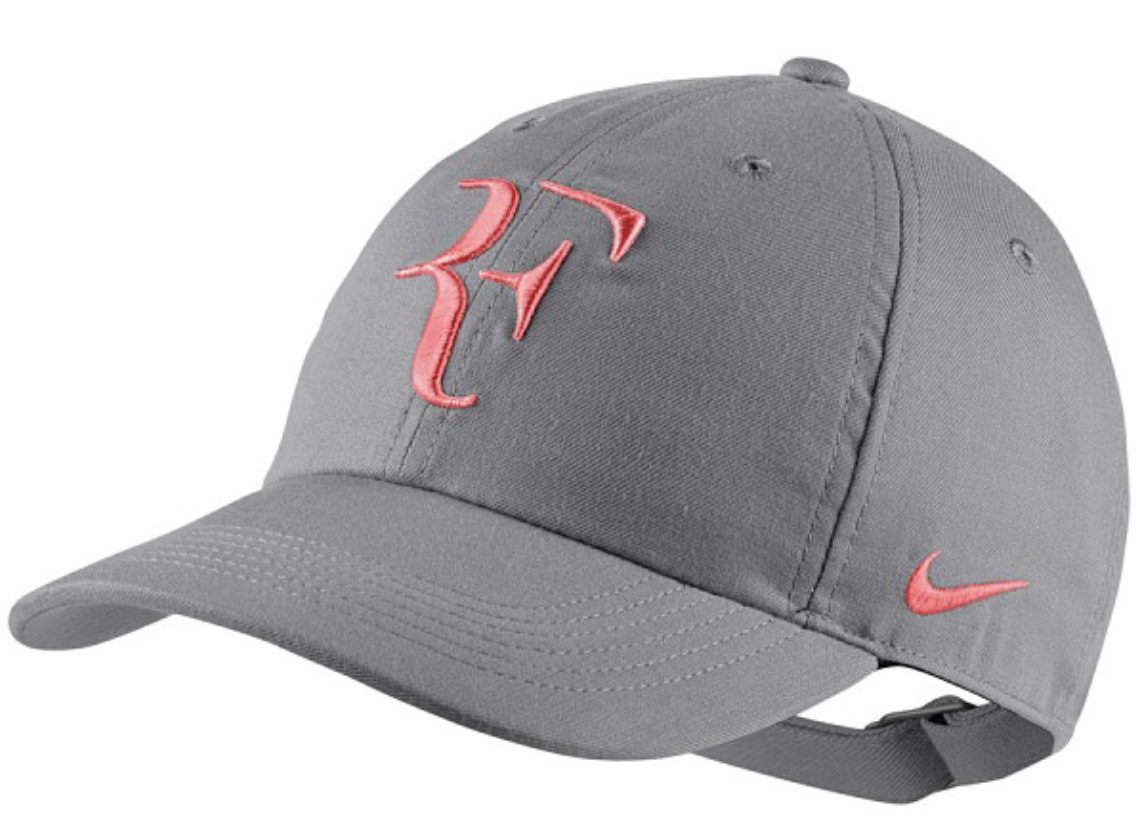