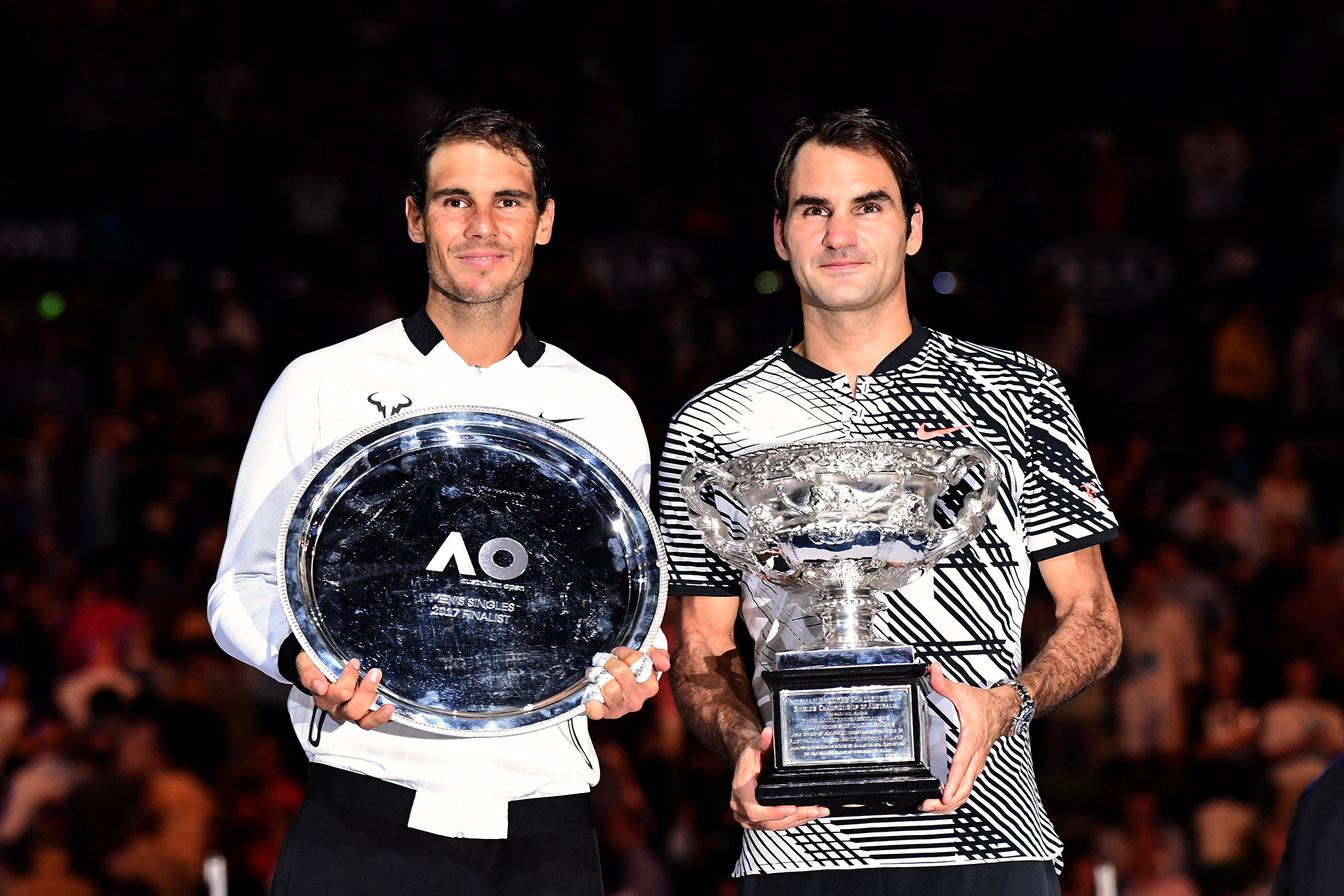 Federer Beats Nadal, Wins Historic 18th Grand Slam – It was an instant classic, one for the ages, to be debated as the greatest tennis match of all time. The clash of living legends, clash of titans, as the two greatest players of our time faced off for a legacy defining, historic match. Roger Federer vs Rafael Nadal. After his six month layoff to let his knee recover from his first ever surgery nearly twelve months ago, the Swiss maestro was seeded #17, a notion to his massive haul of grand slam titles. The fierce Spaniard from Mallorca ended his season last year early as well, making the decision in the fall to take more time to recover from his earlier wrist injury. Seeded #9, perhaps as a nod to his unfathomable nine Roland Garros titles. In a tie with Pete Sampras at 14 grand slams, would Nadal stand alone with 15, or would Federer extend his record to 18?

The sold out crowd at Rod Laver Arena roared for both players over the three and a half hours they played deep into the Melbourne night. It was the 35th meeting between Federer and Nadal, with the Spaniard carrying a heavy head-to-head winning record. The duo last faced off in a grand slam final at the 2009 Australian Open, where a 22-year-old Nadal came off a five hour semifinal, winning the first, third, and fifth sets to defeat Federer. Eight years later, the Spaniard was again coming off a near five hour semifinal, however this time, the 35-year-old Swiss changed the outcome. 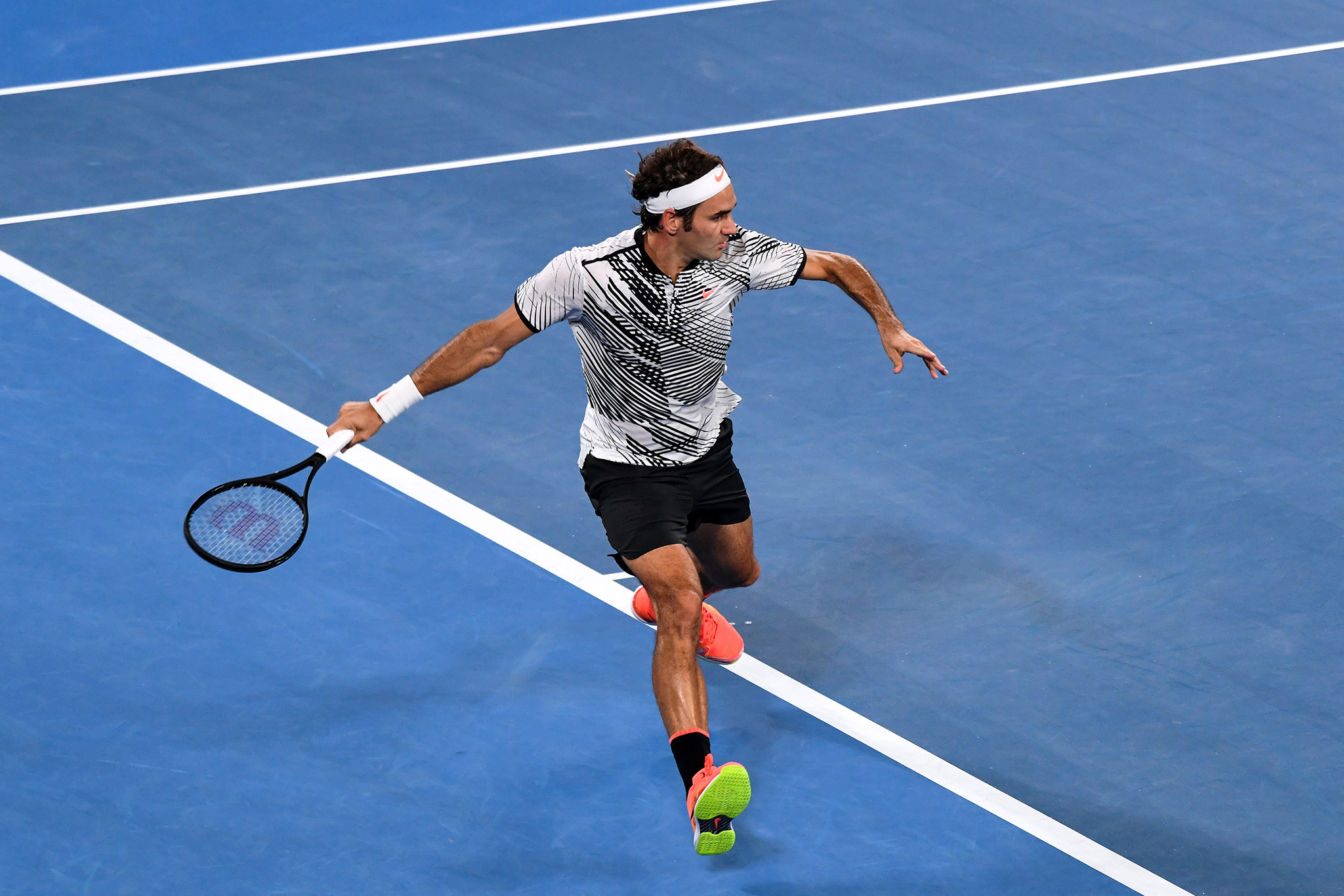 The atmosphere was extremely tight at the start, fans of both were anxious, more so for Federer fans as they understood the magnitude of what their man would need to do to win. Where Nadal’s tactics throughout their meetings over twelve years and counting have predominantly been to attack Federer’s one handed backhand, the simple mindset of attack has never been the same the other way around. Federer has always been made to grind and play into long rallies, opposite of his free flowing, natural style of play. Both players were strong throughout, but it was the Swiss who took the first offensive move, and for most of the match, was under less pressure as a result.

After breaking midway into the first set and then serving it out, Nadal immediately broke and took a 4-0 lead in the second set. Although Federer earned one break back, the 14-time grand slam winner comfortably evened the match at one set all. Despite holding out hope for the 4-time Australian Open champion to push on, Federer fans knew the pivotal meaning of the third set, especially early on. Too many times, they had seen an early break occur, falling behind and then playing an uphill battle with immense pressure. Federer had done it in 2009, winning the fourth set, but his serve was broken in the first game and was always playing down a break until the end.

On this Sunday night, Federer pounced on his break point opportunities in the third set, taking a 3-0 lead and often dictated play with his backhand. Though he missed a chance to take a double break lead at 4-0, the Swiss maestro was still able to maintain his lead and broke Nadal once more to take the set 6-1, and a two sets to one lead, for the first time in a grand slam final since Wimbledon in 2007.

However this was Rafael Nadal, and his game was never going to drop a level, he was never going to fade. The Spaniard was seeking to join rare company in winning each grand slam twice, as he replicated his second set performance, serving impeccably to close out the fourth set and force a final, fifth set. As time mounted, questions arose if this was the physical wall Federer was hitting, at age 35, coming off a long five set match as well. The Swiss took an identical off court medical time out for his adductor muscle, but this time, he didn’t hold serve or fend off a massive break point. Nadal broke serve in the opening game of the fifth set, and after a quick hold for 2-0, all signs were pointing toward a repeat of their 2009 Australian Open final.

Against the odds, against outcomes of their previous encounters, Federer came back. From down a break at 1-3, the Swiss maestro clawed and gritted his way to tie the legacy battle at 3-all. One vintage service game later, remarkably, it was Federer in the lead again. In the final three games of the match, both players shined, but Federer a bit brighter than Nadal. It was the point of the tournament, perhaps one of the greatest points of their storied rivalry, which played out with Federer stretching to hit a forehand winner down the line at 4-3 deuce, setting up break point. Flashes of exchanging amazing points from their Wimbledon 2008 final followed, with Nadal’s serve proving to save him from multiple break points. Battered repeatedly for over a decade, it was Federer’s backhand, and playing it sharp cross court to Nadal’s forehand, which prevailed.

The crucial break swung in favor of the Swiss, and a dramatic final game finished the match, with Federer saving two break points, mixed Hawk-Eye challenges going both players ways, and then, after one big serve down the ‘T’ on the ad court, Federer flicked a forehand cross court past Nadal, seemingly for a winner. The Spaniard challenged the call, but the Hawk-Eye review showed, with Swiss precision, it was on the line. The crowd jumped out of their seats, roaring as Federer’s arms went up in victory.

After 3 hours and 37 minutes, Federer defeated Nadal 6-4 3-6 6-1 3-6 6-3 for his record extending 18th grand slam title. The Swiss maestro hit 20 aces, 73 winners, winning 76% of points on his first serve, and 29 of 40 points at net. The milestone pushes Federer over the $100 million mark in prize money, and will boost his ranking to #10 on Monday. The last time a #17 seed won a grand slam was at the 2002 US Open, when Pete Sampras defeated his greatest rival, Andre Agassi. With all that was hyped and then exceeded Sunday night in Melbourne, it is fitting to regard the 2017 Australian Open final as the greatest match between these two friends, legends, titans. 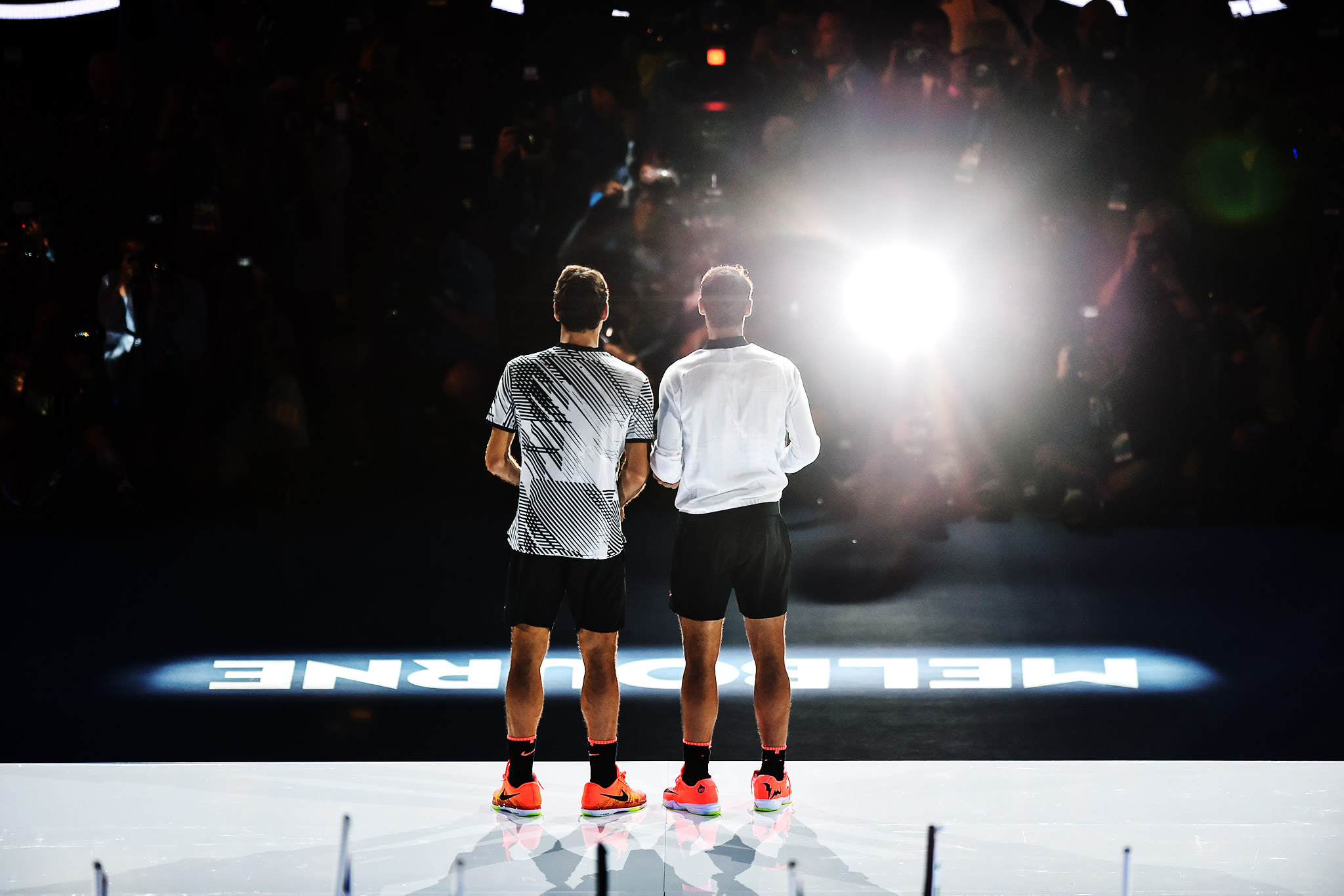 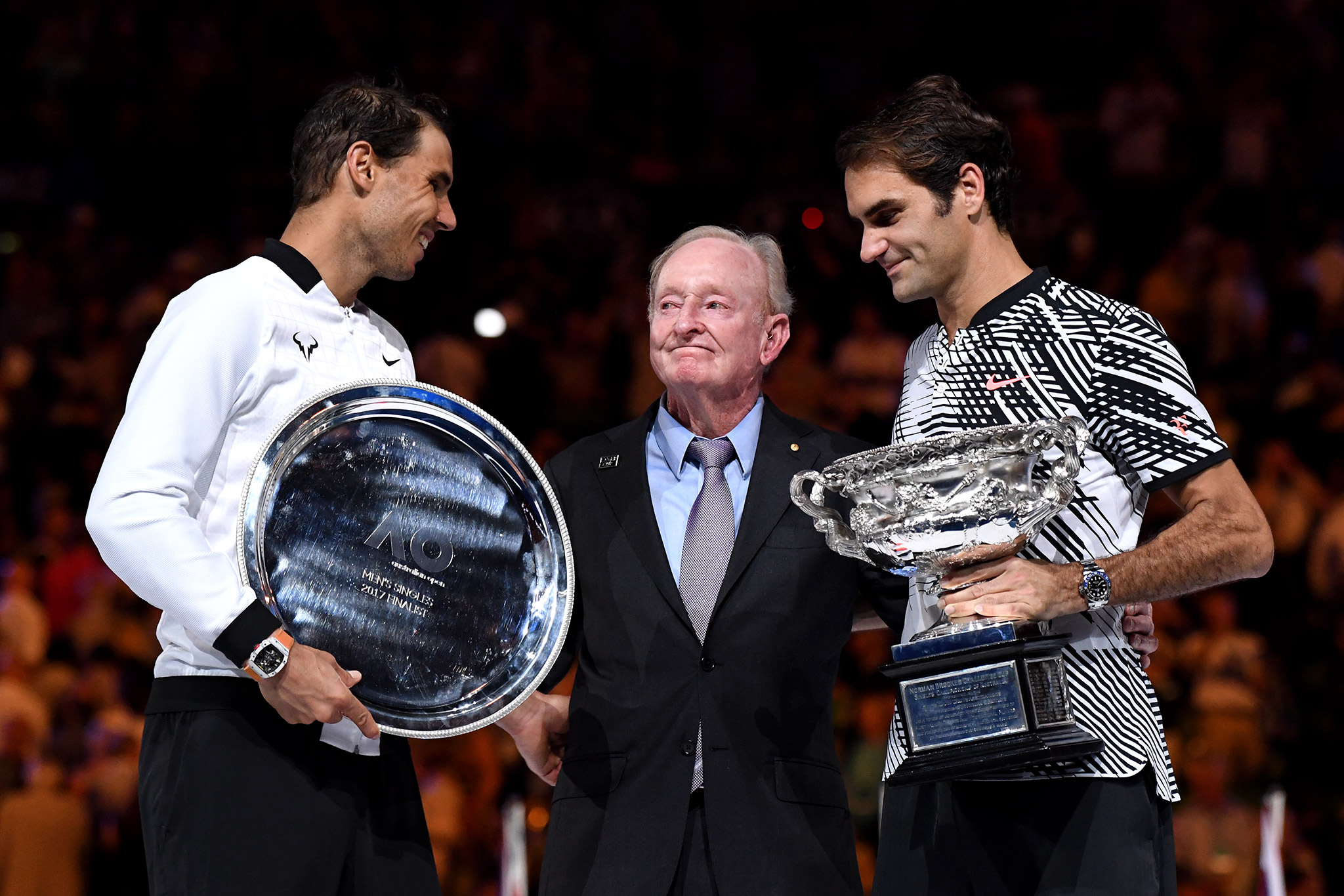 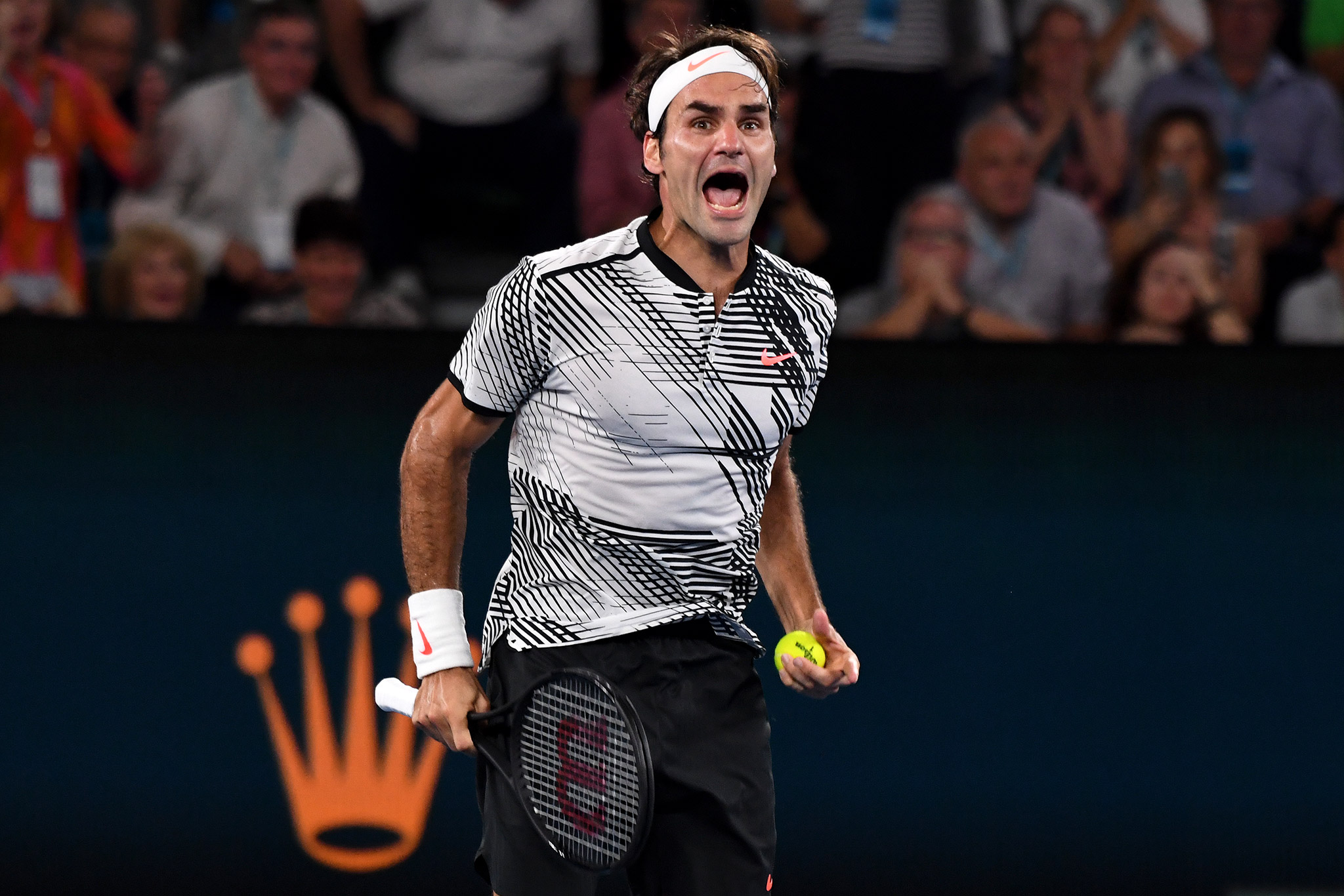