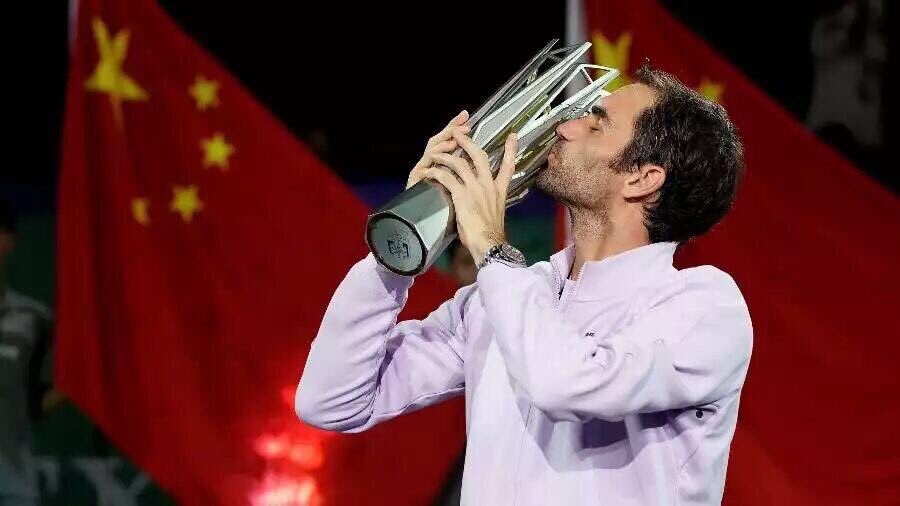 Federer Routs Nadal for Shanghai Rolex Masters Title – From start to finish of the 1 hour 12 minute Sunday final in Shanghai, Roger Federer showed no hesitation and no nerves. The Swiss maestro routed his biggest rival, Rafael Nadal, 6-4 6-3, firing ten aces to no double faults, winning 83% of points on his first serve and 79% of points on his second serve. The 19-time grand slam champion did not face a single break point against one of the best returners on tour, and converted three of seven break point opportunities for the match. The dominant display clinched Federer’s second title at the Shanghai Rolex Masters, sixth title for the season, 27th Masters 1000 title, and 94th career title. The 36-year-old Swiss improved to 10-1 against top ten players in 2017, and 4-0 against Nadal. He has now won their previous five meetings, going back to the 2015 Swiss Indoors final in Basel.

Tied at 94 career titles with Ivan Lendl, only Jimmy Connors (109) has won more in the Open Era. Although after the US Open, the points showed Nadal to have a large lead, virtually assured of finishing the year as #1, today’s title for Federer still leaves the race open, mathematically. The Swiss draws to within 1,960 points of Nadal. Both players are scheduled to play at the Swiss Indoors Basel next week, followed by the Rolex Paris Masters and Nitto ATP Finals. 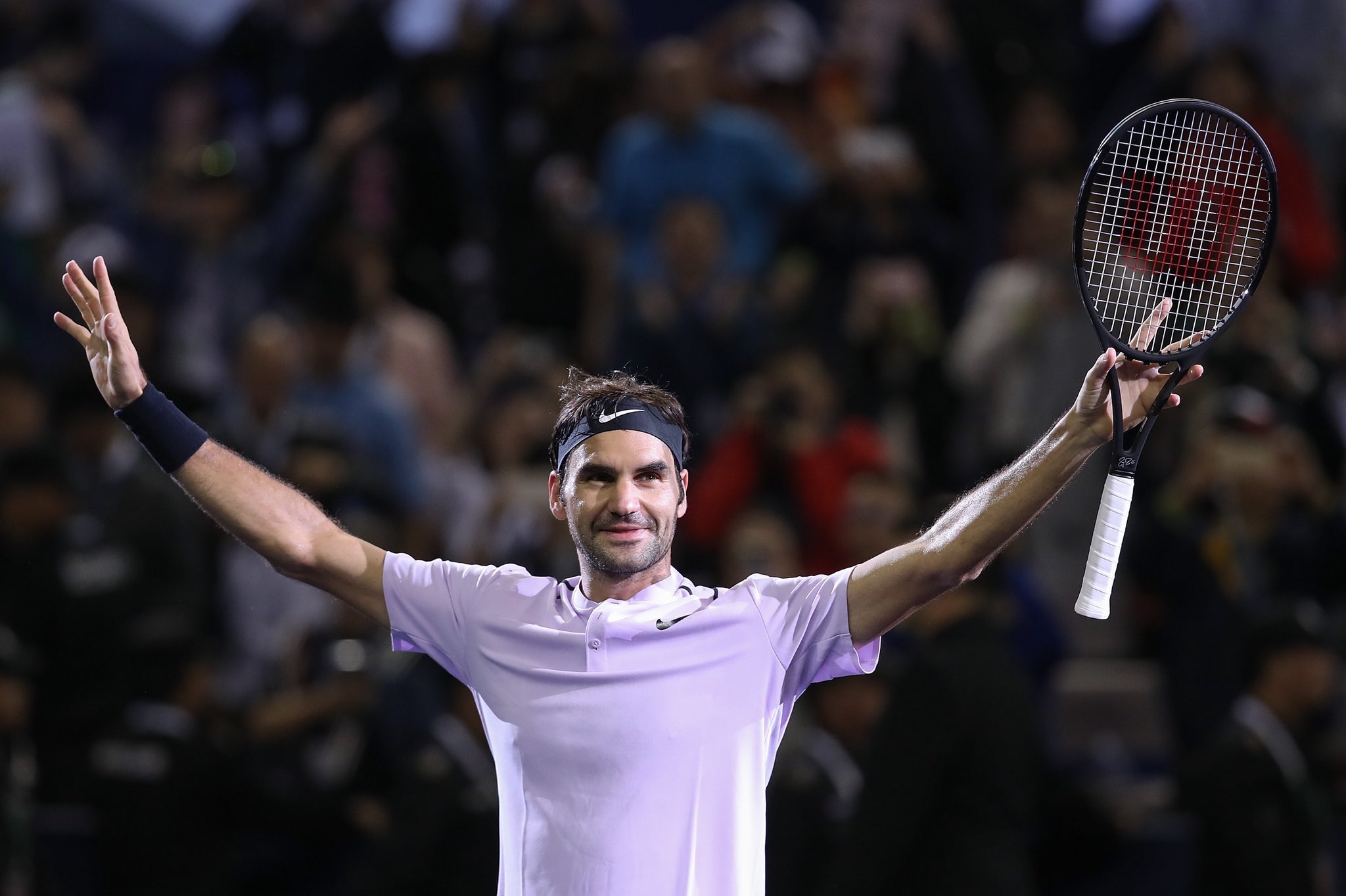 “I had no nerves really before the match, which was nice,” said Federer. “I was pretty clear about how I wanted to play the match. And then I came out and started off very well. Felt relaxed from then on. I always know that Rafa can come back at any moment if he connects well, picks the right sides, and does the right things.

“I even felt that way being up 0/40, you know, going for the double break, but, I had a clear game plan and felt I was playing well all week. I think that settled my nerves, because I was returning well from the first match here I played against Schwartzman. The serve only got better. I guess I saved the best for last. I played some good matches now against del Potro and also now these two sets.

“In a way, it’s not surprising, because I did feel good all week, and it does pay off to arrive early to an event. You can’t do it all the time, but I was here since Thursday late night and that’s five, six days to prepare for a Wednesday match. So I was ready.” 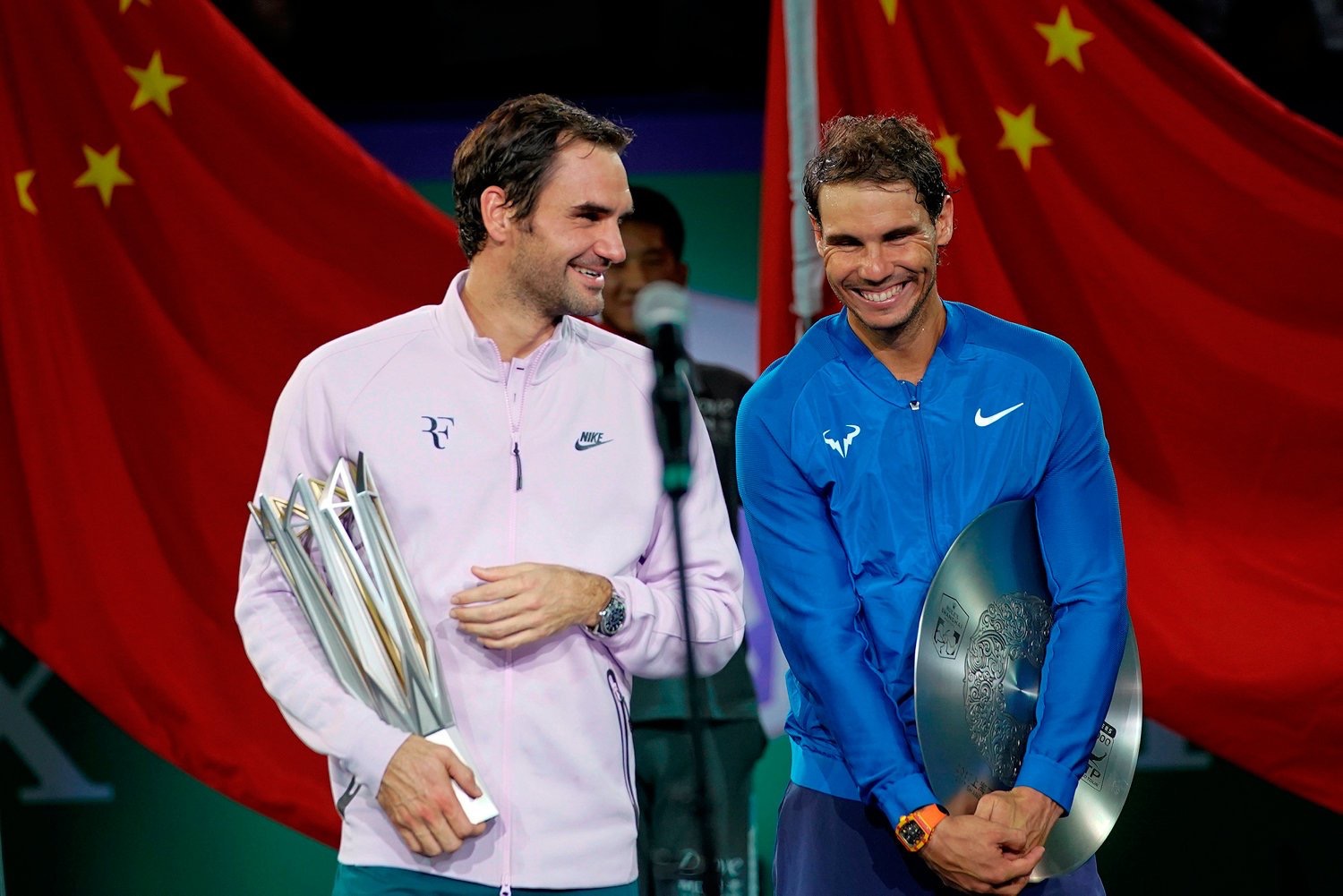 “It was a very difficult match for me,” said Nadal. “He played very fast and he played well. I don’t know how many unforced errors he made. I could have done some things better, but that’s it. He just played too good. That’s my point of view. So congrats to him.

“I played a fantastic tournament, having very good wins. Very pleased the way I played the whole Asian tour for me. Beijing and Shanghai have been a very positive two weeks for me. A lot of points, a lot of victories against great opponents. I come back with very good personal satisfaction the way that I played.”