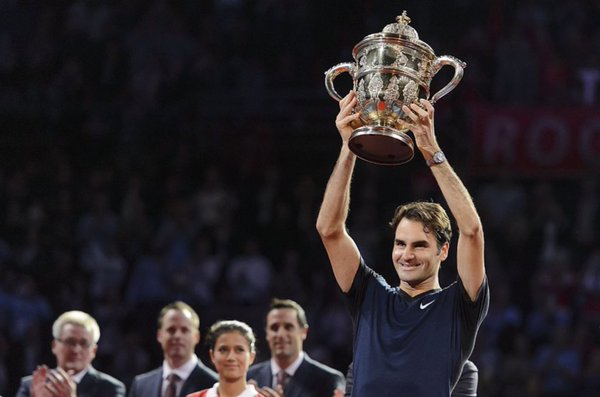 Seventh heaven came home for Roger Federer on Sunday, as the Swiss maestro defeated long time rival Rafael Nadal in the Swiss Indoors final. The 34-year-old Swiss lifted his record seventh title and sixth of 2015, 6-3 5-7 6-3 in 2 hours 2 minutes. The two legends had not faced off since their meeting at the 2014 Australian Open, and not in a final since Rome in 2013. Federer struck first this time, earning two breaks to comfortably take the opening set. Nadal found his rhythm in the second set, engaging the Swiss in longer rallies from the baseline, taking advantage of a crucial break point and thereafter displayed strong serving to send the final to a third set.

The break point lost was the first and last Federer would lose, as he faced three for the match. Both players raised their games in the final set, dictated by their serve and first strike groundstrokes. At 3-all, Federer pounced on a pivotal moment, sending sharp backhands out of Nadal’s reach, and eventually gaining the break he needed. Not without last minute drama, chair umpire Mohammed Lahyani overruled Federer’s serve on match point. Attempting to catch Nadal off guard with a second serve, serve and volley tactic, the Spaniard’s backhand caught the sideline, saving match point. The 17-time grand slam champion pressured Nadal by coming forward frequently, winning 30 of 43 points at net, and winning 17 of 22 points while serving and volleying. Federer recovered with a clutch volley to bring a second match point. Unable to handle the serve out wide, Rafa’s return sailed long as the Swiss raised his arms in victory. 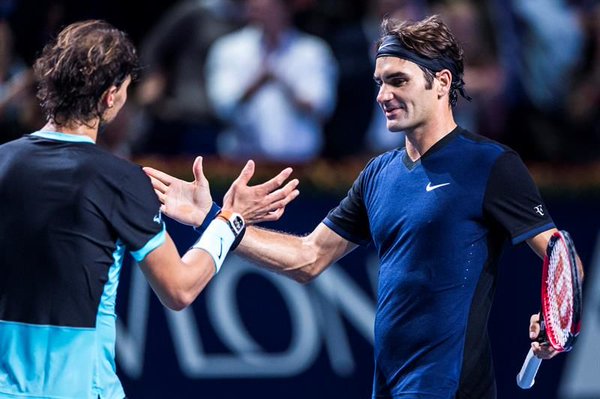 A seventh Swiss Indoors title in Basel joins Federer’s ‘club’ of tournaments where he has also won seven or more titles (8 in Halle, 7 in Cincinnati, Dubai, and at Wimbledon). Afterward, the former ballboy in Basel reflected on the week. “It was one of my best weeks in Basel, considering everything I’ve done throughout my career here,” said Federer. “I thought the match was close. I had my chances in the second, but he fought back well, like he’s done throughout the week really. Overall I was really happy how I played and it was a very special day.”

“I know I’ve had better backhand days and he’s had better forehand days than today, but the match was high quality and it was entertaining and exciting for both of us as well. The confidence is good, no doubt about that. It’s good to get back into the mood of winning after Shanghai… I think the body’s gotten used to match play again after all these weeks of not playing.”

Federer’s sixth title of the season is the 88th of his career. He will travel to Paris tomorrow before deciding on playing this week’s BNP Paribas Masters (Paris Masters). 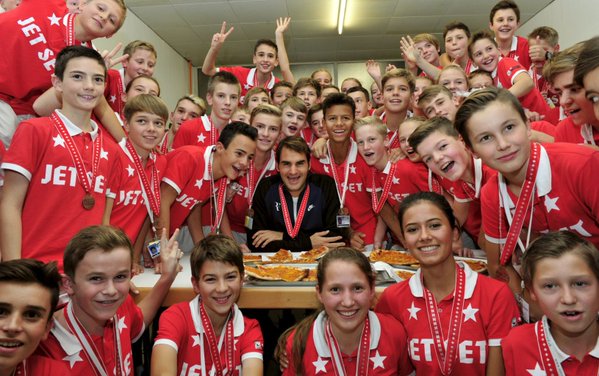