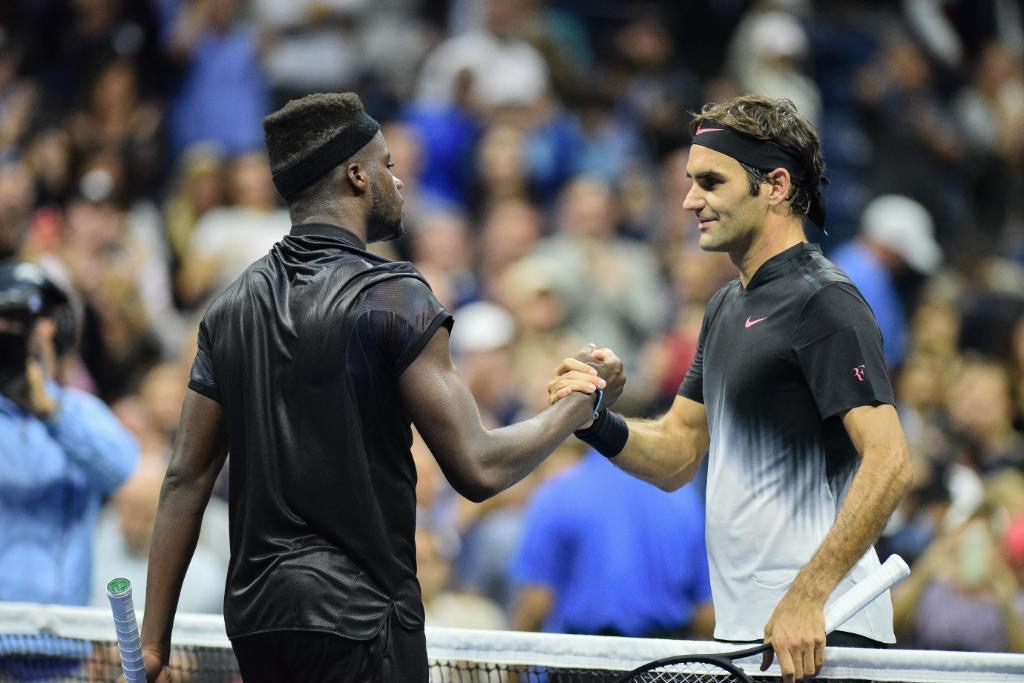 Federer Outlasts Tiafoe in US Open Thriller – Roger Federer overcame a slow start in his first round win over 19-year-old American, Frances Tiafoe, Tuesday night at the US Open. Sporting his new Nike outfit and special Nike Zoom Vapor Air Jordan 3 Fire Red shoes, the Swiss maestro stepped onto Arthur Ashe stadium for the first time since 2015. It was the first time both Federer and Tiafoe played a match under the roof, which was closed from earlier in the day with rain cancelling play on all outer courts. The young American from Maryland got off to a good start, using his aggressive and powerful groundstrokes to break in the first game, and stay ahead to confidently serve out the first set.

The 5-time US Open champion awoke from his sluggish start in the beginning of the second set, breaking serve twice on route to a routine set, and then wrapped up the third set twenty-eight minutes later. The 36-year-old Swiss had a brief dip in his level early in the fourth set, where the match became a rollercoaster. Tiafoe surged, breaking twice to race to a 5-1 lead, as the sold out crowd at Arthur Ashe stadium went into a frenzy. Forcing a fifth set, the buzz hit a fever pitch. 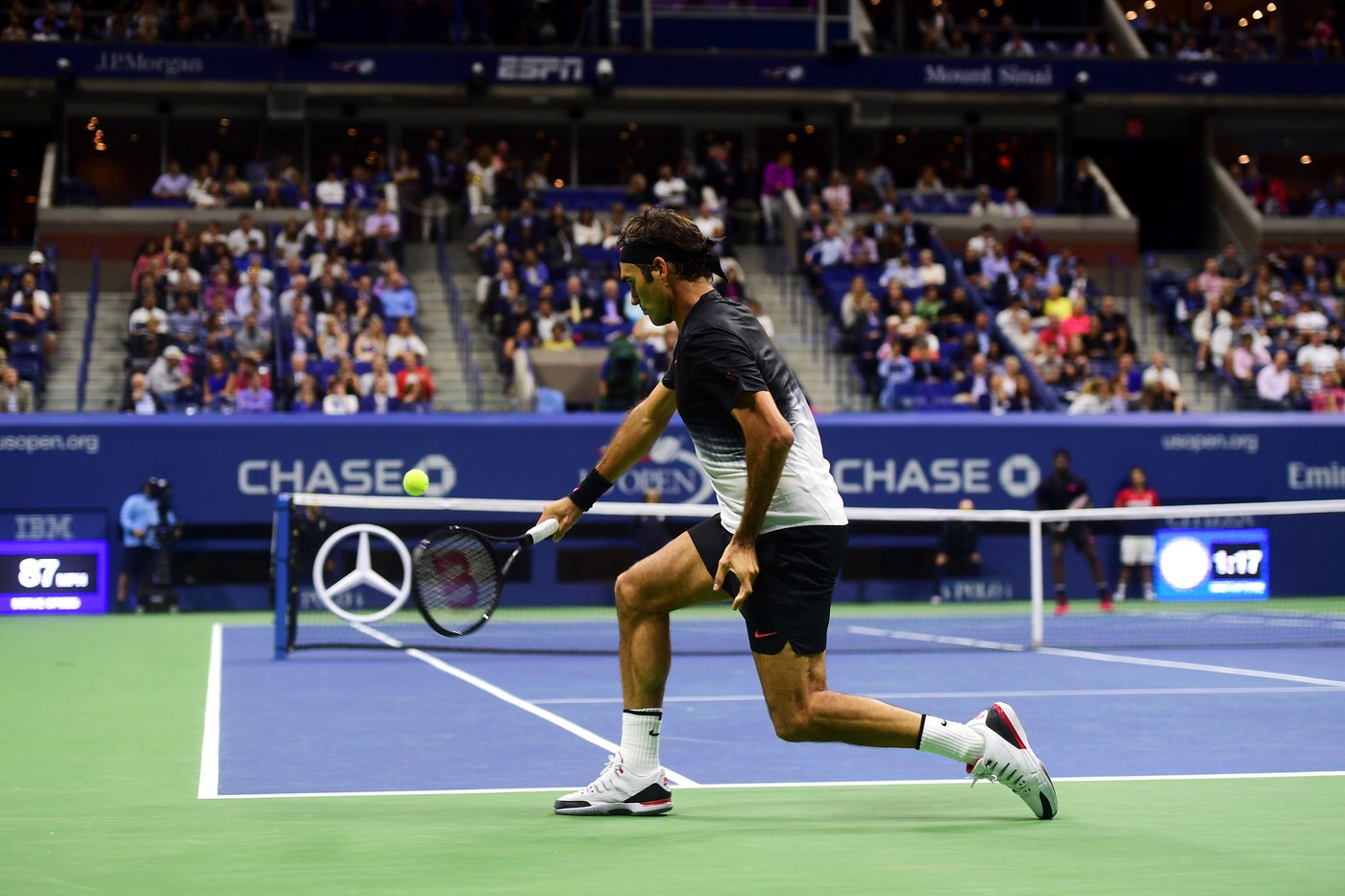 Federer served well in the final set and earned the pivotal break, quickly taking a 5-2 lead. However there were more turns to the match, as he would be broken at 5-3 while serving for the match. Stopped a point short of match point, the 19-time grand slam champion applied pressure on Tiafoe’s serve to create an opening. The Swiss played a slice return proving to be too much for the American to handle, and advanced to the second round after 2 hours 37 minutes of thrilling tennis. Federer prevailed 4-6 6-2 6-1 1-6 6-4, improving to 4-0 in five-set matches this season. It was the first time he was taken to five sets in the first round of a grand slam since Wimbledon in 2010, and the first time in a first round match at the US Open since 2000. The win raises his total career wins at the US Open to 79, putting him in a tie for second place with Andre Agassi, behind only Connors with 98.

The Swiss hit 17 aces and four double faults for the match, winning 78% of points on his first serve, but just 55% of points on his second serve. He won 17 of 25 points at net and converted 6 of 13 break point opportunities. Showing signs of rust throughout, Federer hit 41 winners and 56 unforced errors across five sets. He will face the winner between Blaz Kavcic and Mikhail Youzhny in the second round on Thursday. 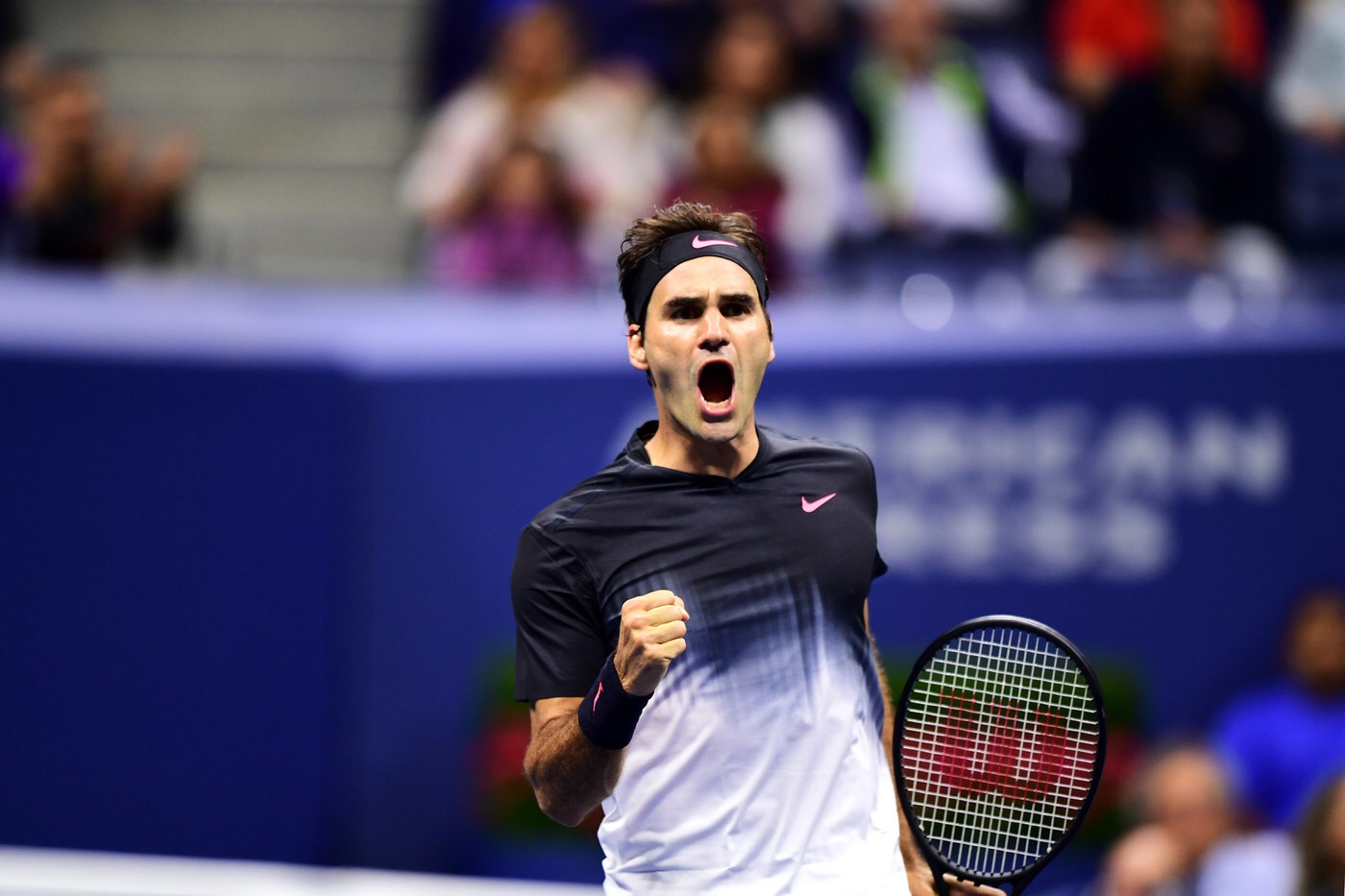