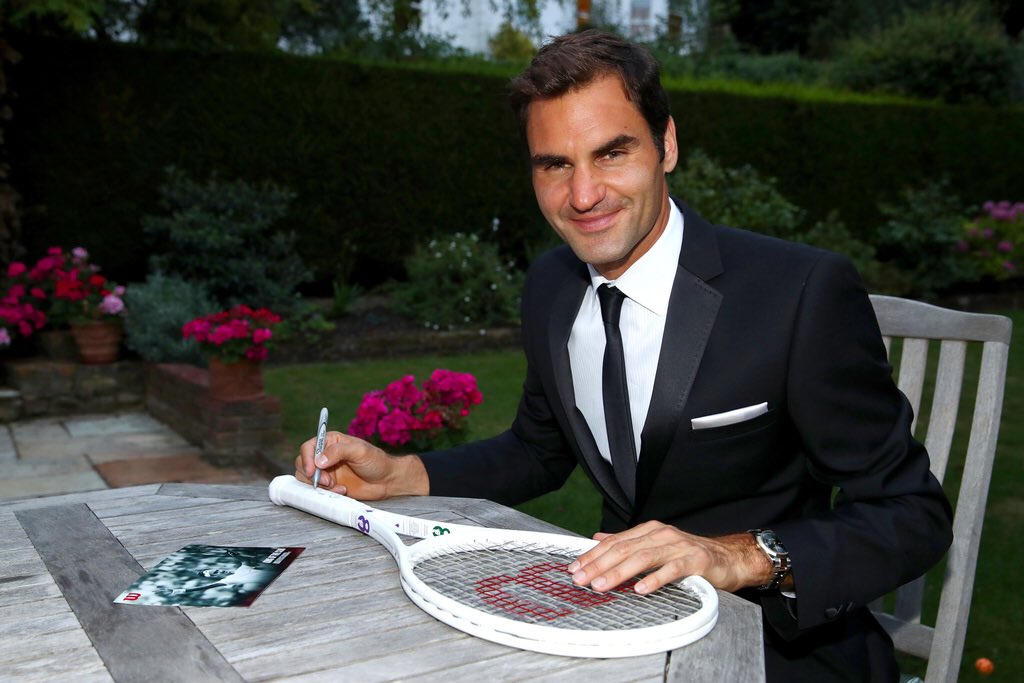 With more power, a larger headsize, and a bigger sweetspot, here is the official description of the Wilson Pro Staff RF97 Autograph, from Wilson Tennis:

Co-designed by Roger Federer, the Pro Staff delivers the pure, classic feel players have come to love but with an all-new uncontaminated design. meticulous in detail and bold in its beauty, the new Pro Staff introduces a whole new dimension of engineered paint finishes and textures with matte black velvet, chrome touches, and laser engraving never before seen in tennis.

Roger’s heart and soul lives in the new Pro Staff RF97. Roger worked tirelessly with Wilson designers across the globe to breathe new life into the iconic Pro Staff. Every detail was pored over to create a racket that provides an edge for players bold enough to pick one up and inspires players everywhere to go further than they’ve ever gone before. 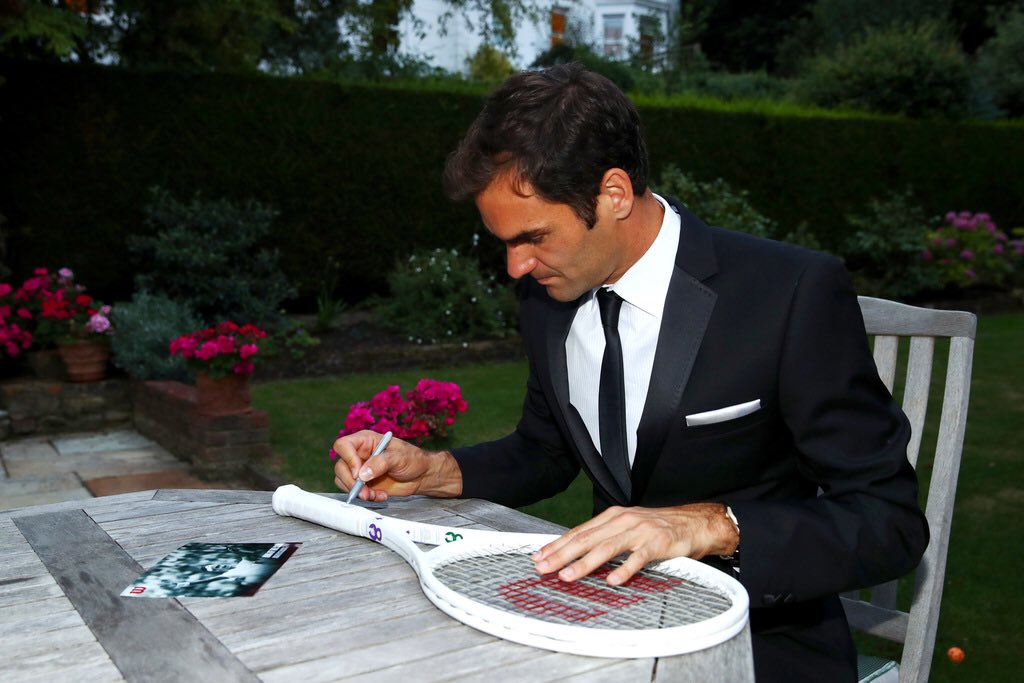 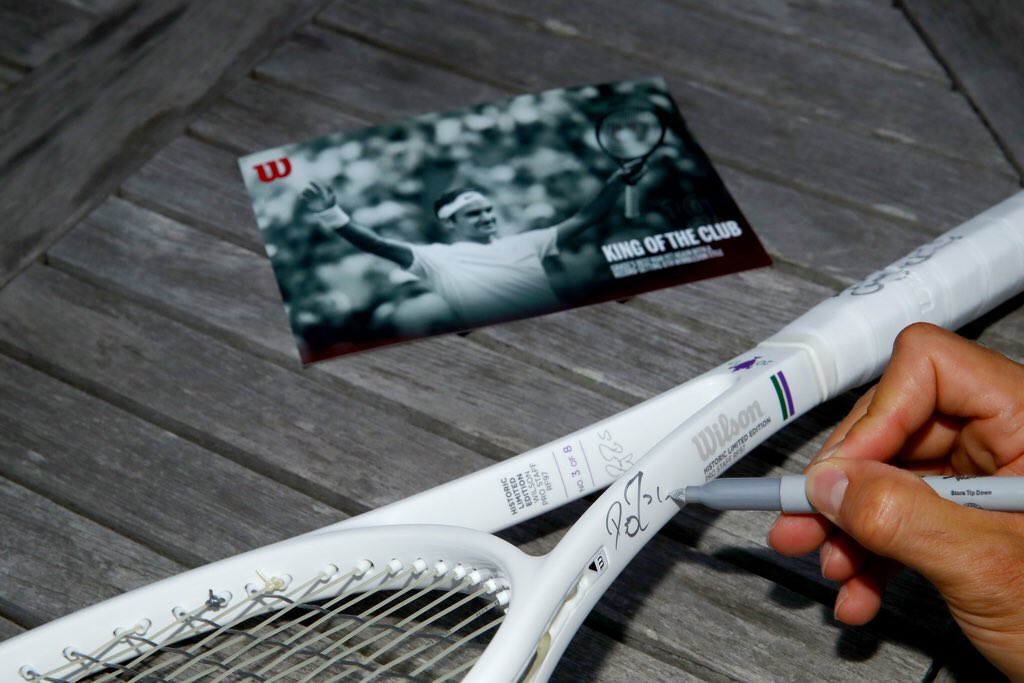 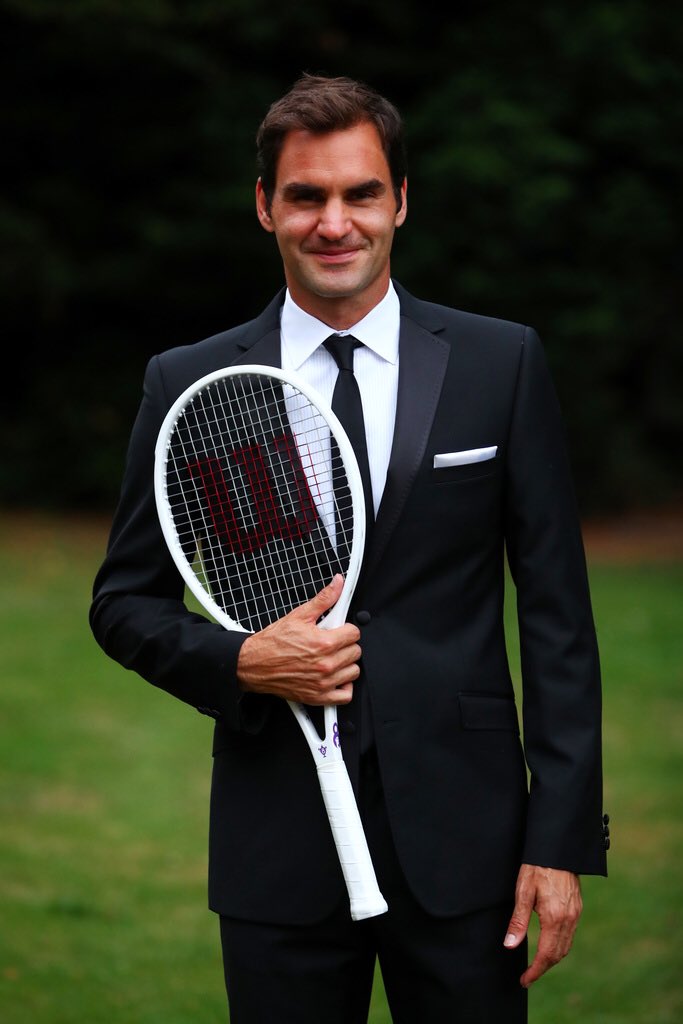 All eight Roger Federer commemorative rackets are now available for purchase at Tennis Warehouse. All proceeds will go to the Roger Federer Foundation.