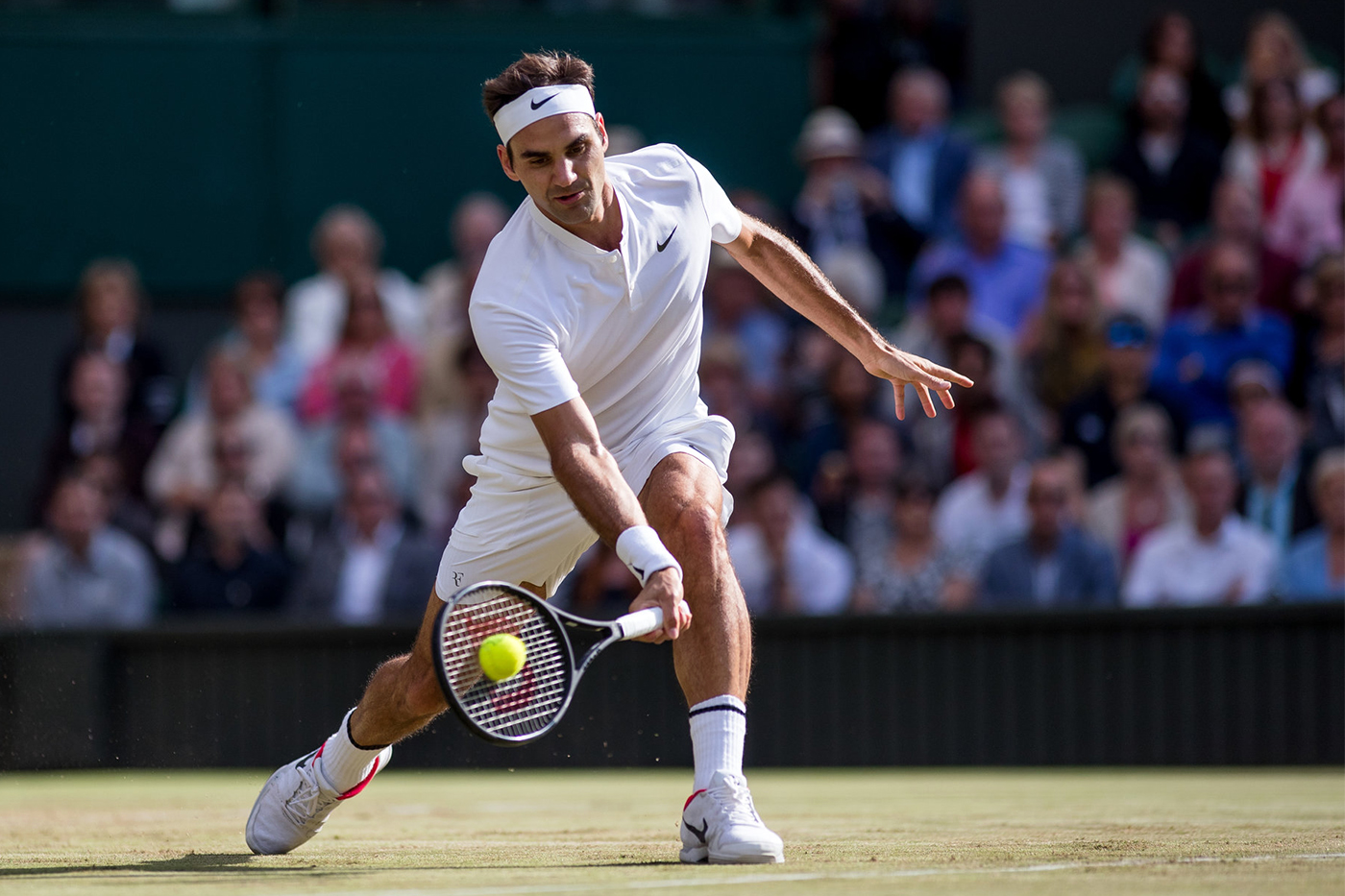 On Friday afternoon at Centre Court, Wimbledon, Roger Federer defeated Tomas Berdych in a tight three set semifinal match, which sets up a spectacular Sunday, as he goes for a record 8th Wimbledon title and 19th grand slam, both records in men’s tennis history. The Swiss maestro fended off strong hitting from the Czech in a 7-6 (4) 7-6 (4) 6-4 win at SW19 in London. After uncharacteristically losing in the Wimbledon semifinals for the first time in his career last year, and then taking the rest of the season off for his knee to recover, the 35-year-old Swiss is into his 11th Wimbledon final, and 29th grand slam final.

Federer started off well, breaking Berdych early in the first set, but he would be broken on his serve for 4-all. The match carried on into a tiebreak, where the Swiss took his game up a notch to comfortably secure the set. In the second set, Berdych applied pressure at 3-all on Federer’s serve, but was unable to convert as the 18-time grand slam champion held from 15-40 down with a forehand winner and two service winners. In the second set tiebreak, Federer showed flashes of next-level brilliance with consecutive forehand winners to lead 4-1, after which he never looked back. Comfortably ahead with a two sets to love lead, Federer earned a single break in the third set and went on to serve out the match in 2 hours 18 minutes. 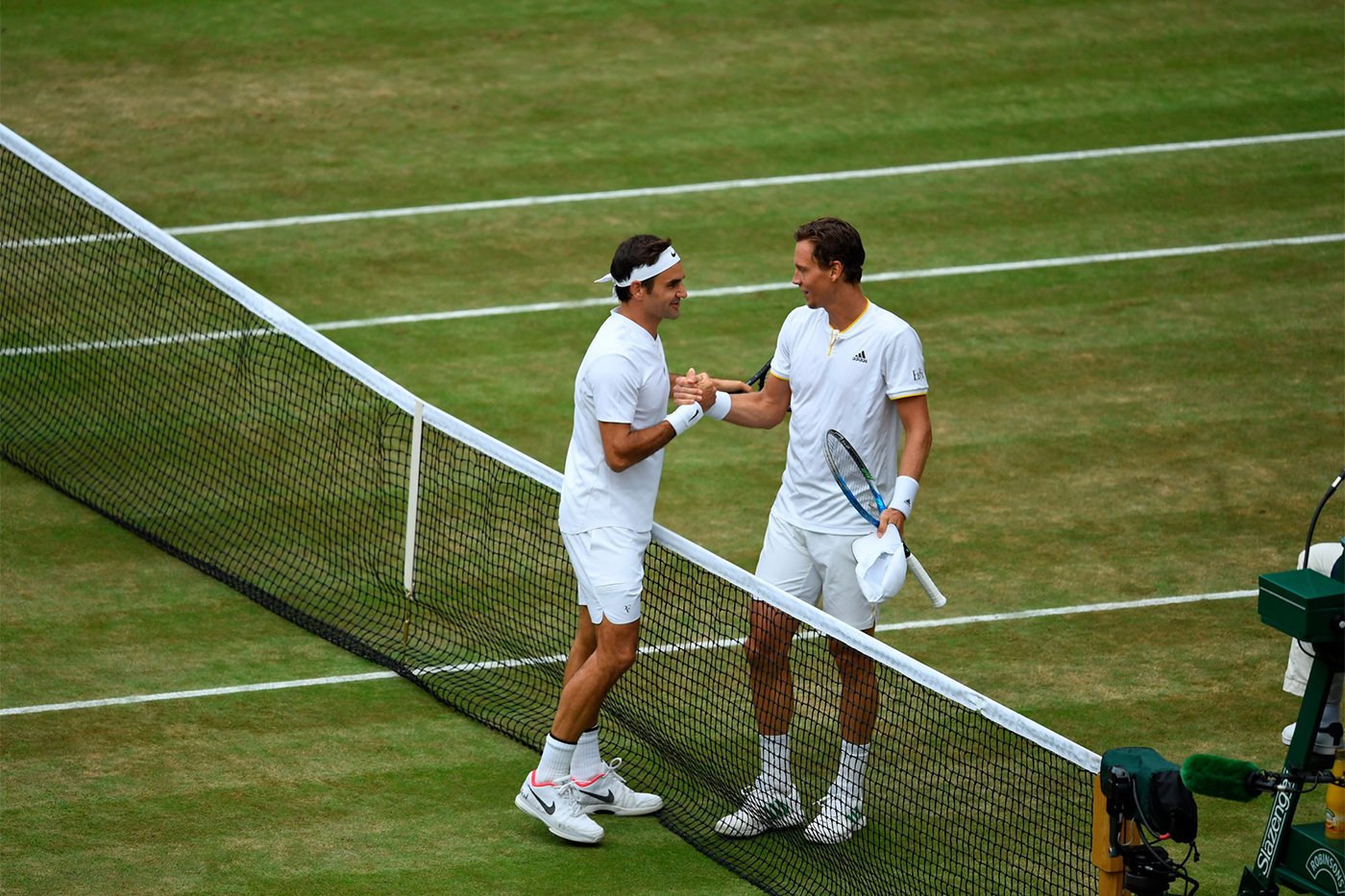 Federer hit 13 aces and four double faults for the match, on 67% first serves in, winning 84% of points on his first serve and 60% of points on his second serve. Although he only converted two of nine break point opportunities, the 7-time Wimbledon champion struck 53 winners and won 23 of 31 points at net. Federer will face seventh seed Marin Cilic on Sunday, as the Croatian defeated Sam Querrey 6-7 (8) 6-4 7-6 (3) 7-5. The Swiss star came back from two sets to love down in last year’s quarterfinals to defeat Cilic in five sets, including saving three match points. Federer leads 6-1 head-to-head against Cilic, with the Croatian’s victory coming in the semifinals of the 2014 US Open, in which he went on to win his first grand slam. 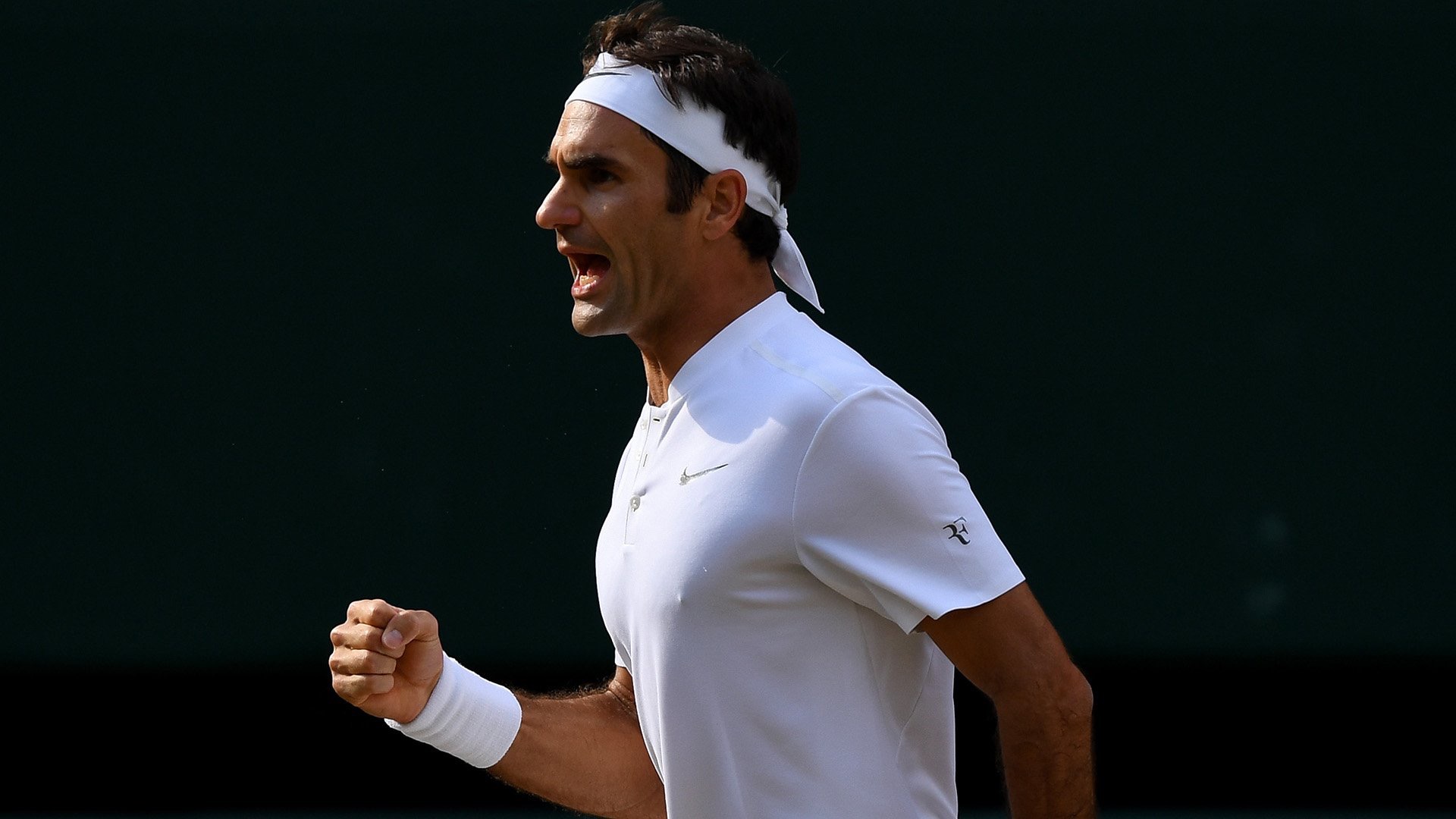