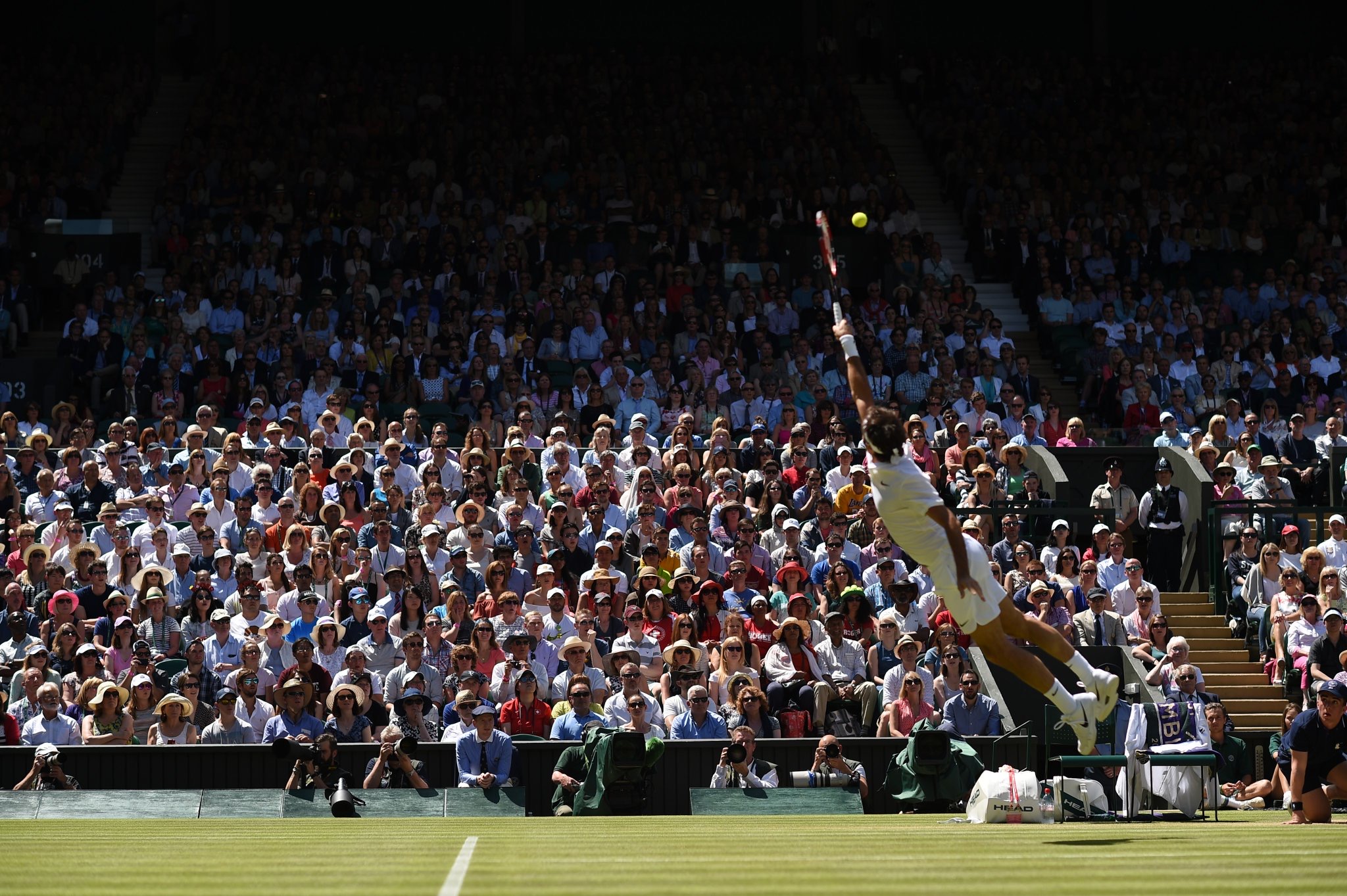 One for the ages. Down to sets to love against the dangerous Marin Cilic, Roger Federer somehow, found a way to claw back, saving three match points to prevail in a five set thriller on Centre Court, Wimbledon. The 7-time champion saw serve after serve go by, as the tall 27-year-old Croatian powered ace after ace for nearly two hours. Despite not facing a break point, the 34-year-old Swiss was put under pressure down a set and early on in the second set. Once Cilic did push through for a break, he maintained his lead to serve it out for a two sets to love lead.

Then the improbable happened. Holding from love-40 down, breaking soon after, Federer somehow managed to save himself for at least another set. Cilic, the 2014 US Open champion, regrouped quickly and kept even with the Swiss into an intense fourth set tiebreak. Federer saved three match points in critical moments, behind strong second serves, one at 108mph into the Croatian’s forehand. Behind the bravery came the drama of sport, and eventually Federer forced a fifth set. 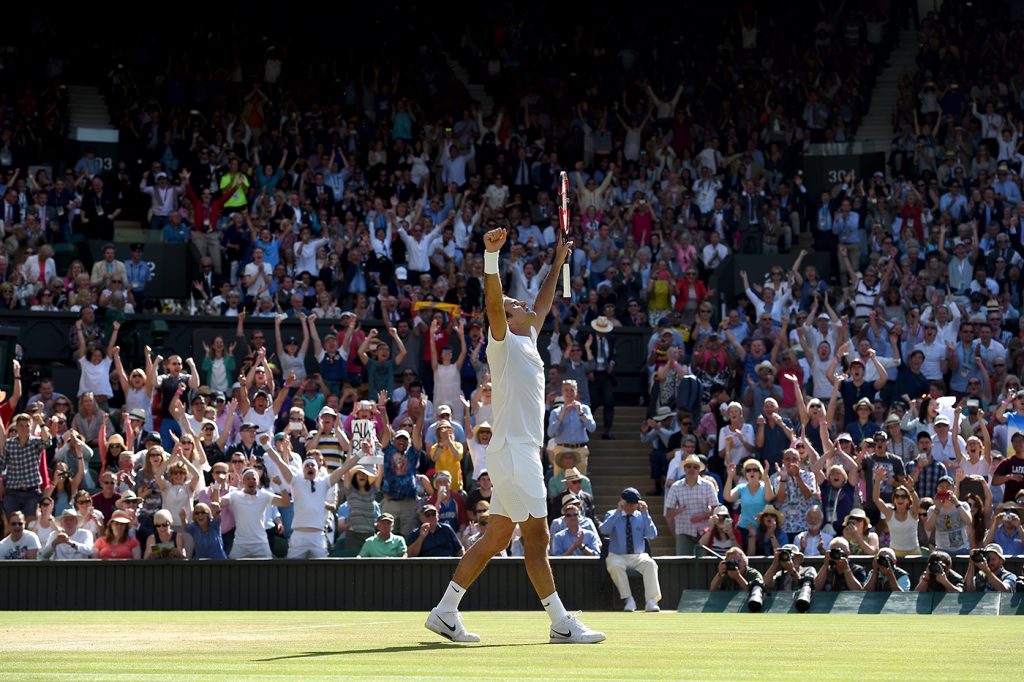 After saving a break point early in the fifth set, the 17-time grand slam champion fired a sharp angle cross court forehand winner, later setting up the pivotal break. After 3 hours and 17 minutes, Federer fired an ace and defeated Cilic 6-7 (4) 4-6 6-3 7-6 (9) 6-3. He will face another big time power hitter and even better server, sixth seed Milos Raonic in the semifinals on Friday. Although Cilic out-served Federer completely in the first three sets, it was the Swiss who hit more aces (27 to 23) for the match, and that too, with no double faults. The Swiss maestro hit 67 winners to just 24 unforced errors across five sets.

“Today was epic. Probably going to look back at this as being a great, great match that I played in my career, on Centre Court here at Wimbledon… This is huge for me, my season, my career. I’m very, very happy,” Federer said. “To win a match like this, to test the body, to be out there again, fighting, being in a physical battle and winning, it is an unbelievable feeling.” 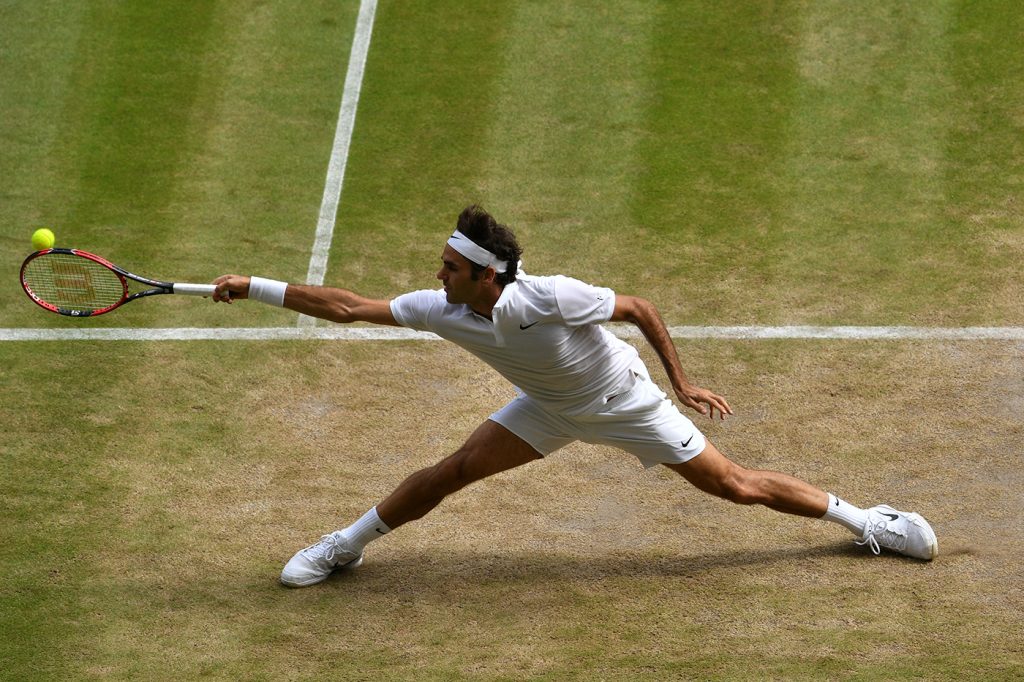