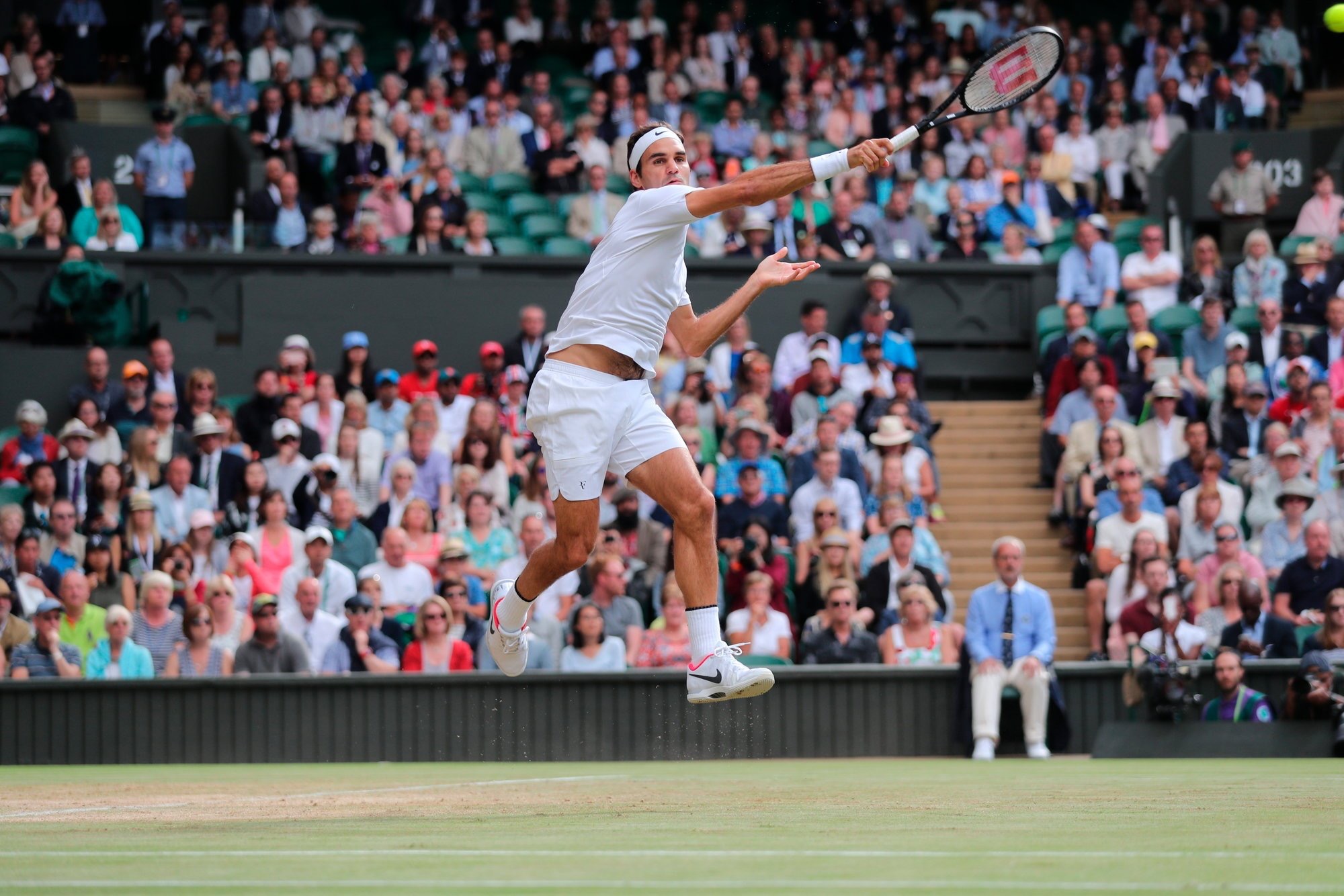 Roger Federer was in exquisite form Wednesday afternoon on Centre Court, as he defeated Milos Raonic in straight sets, 6-4 6-2 7-6 (4), to advance to the semifinals at the Championships, Wimbledon. In his 100th match (89-11), the Swiss maestro served well, hitting eleven aces, winning 90% of points on his first serve. Aggressive to move forward, he won 18 of 22 points at net, in addition to converting three of six break point opportunities. A very telling statistic for the match, the 35-year-old Swiss had 46 winners to just nine unforced errors across three sets – a sign of his continued consistence in how sharp his game has been. While he was in full control of the match, the only slightest opportunity for the Raonic was in the third set tiebreak, when the Canadian went up 3-0. Federer though, quickly evened it at three points apiece, and soon after, struck a scintillating forehand which curved from outside the court, landing right on the line for a winner.

When the pressure is on, there are few better at producing magic than @rogerfederer…#Wimbledon pic.twitter.com/AwZgUHcQM0

The 18-time grand slam champion took command from that point on, having no trouble getting back at Raonic for last year’s Wimbledon semifinal, serving out the quarterfinal victory in 1 hour 57 minutes. It is his twelfth semifinal at Wimbledon, where his record is 11-1. Federer will face Tomas Berdych in Friday’s semifinal. Berdych advanced, leading 7-6 (2) 2-0, after Novak Djokovic was forced to retire due to an elbow injury. Seventh seed Marin Cilic (defeated Gilles Muller 3-6 7-6 (8) 7-5 5-7 6-1) will face Sam Querrey (defeated Andy Murray 3-6 6-4 6-7 (4) 6-1 6-1) in the semifinal of the top half of the draw. 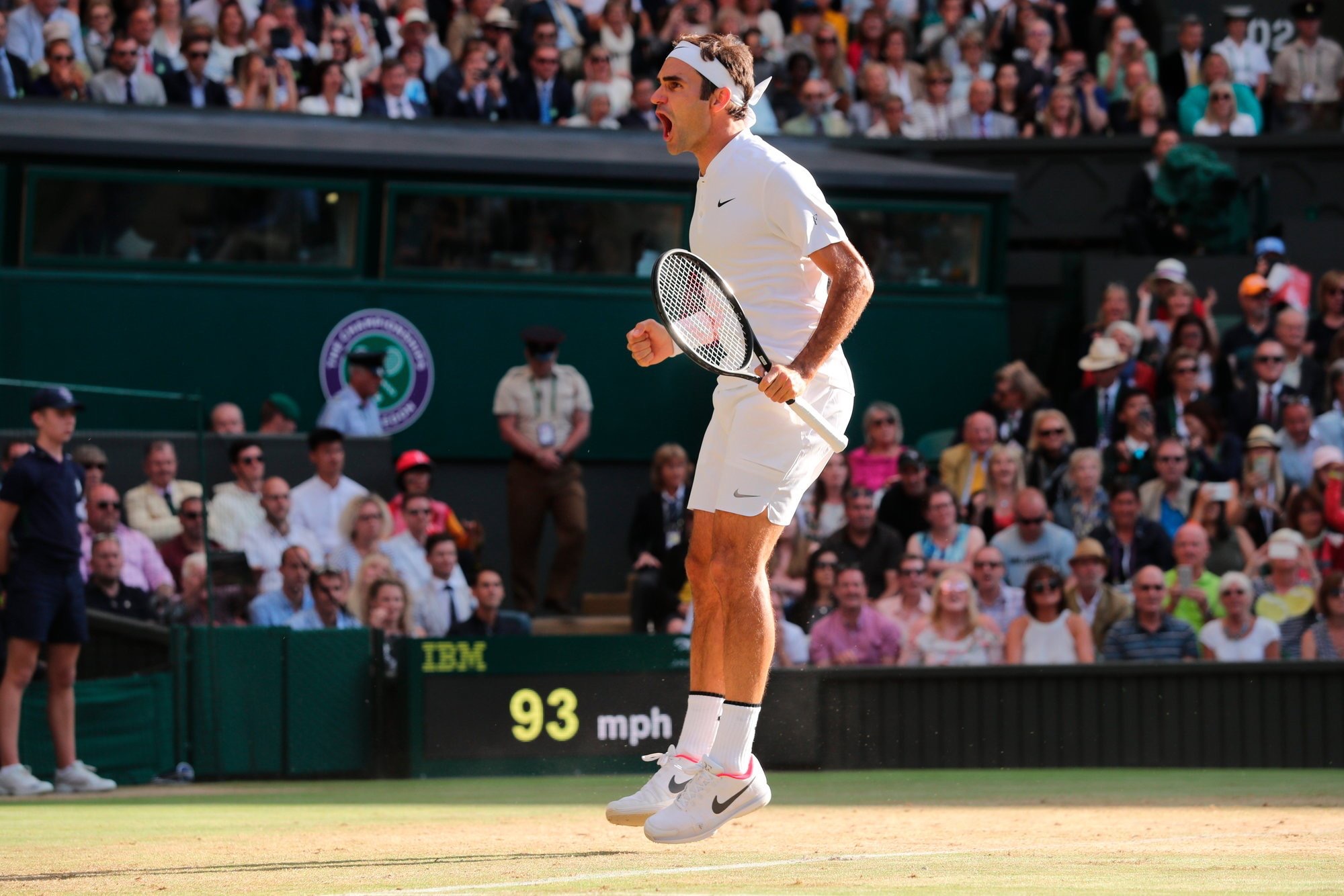 Afterward, the Swiss reflected on the match and how the quarterfinals changed the scope of the draw, with Andy Murray hampered by a hip injury and Novak Djokovic carrying an elbow and shoulder injury throughout the tournament.

“Of course, I’m surprised to see them going out, also Rafa. But the other guys are playing well. On a grass court, the margins are small,” Federer said. “Of course, I wish them the best, that they come back strong again.”