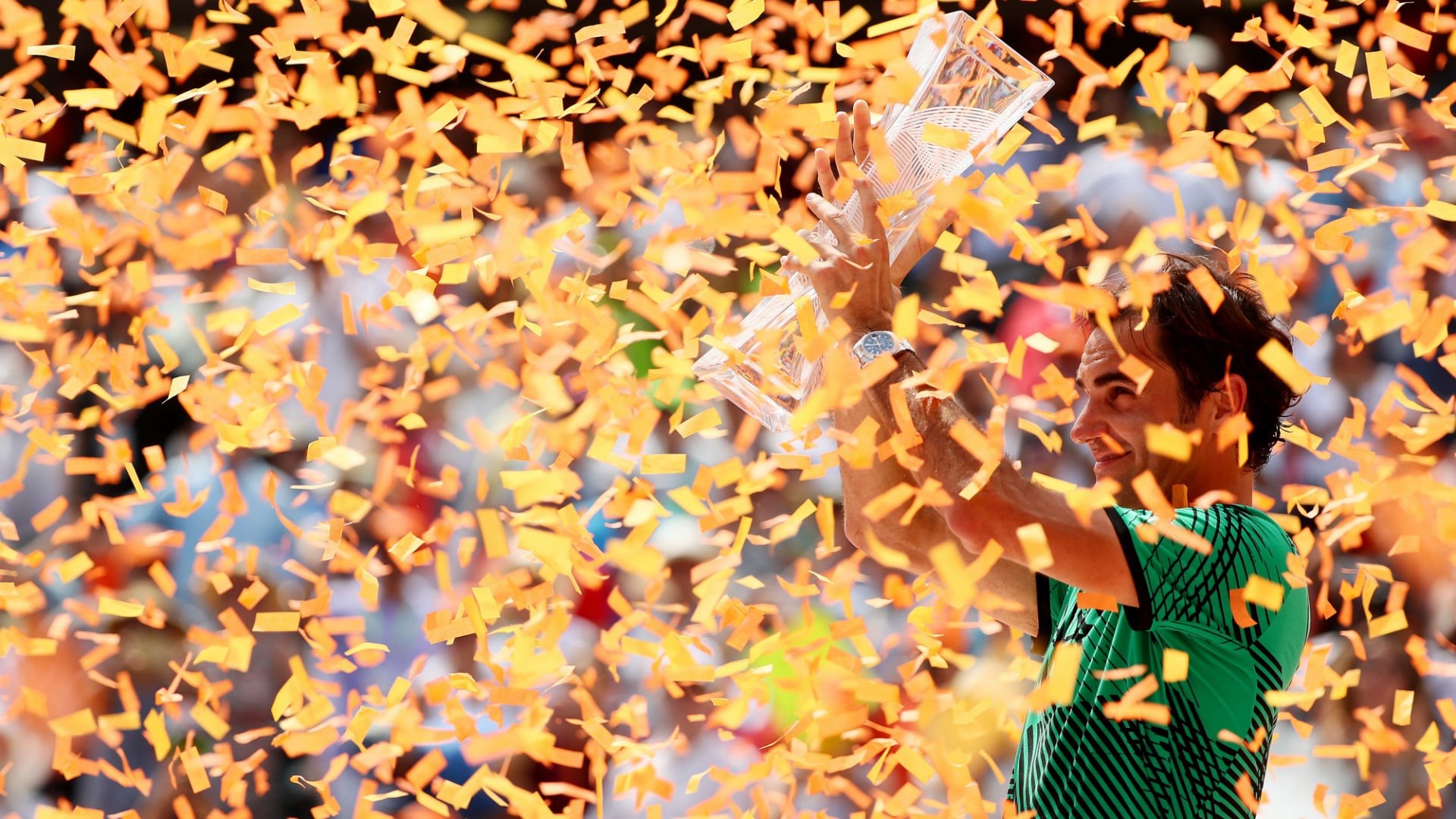 The legacy continues. Roger Federer extended his dream run of dominance in 2017, defeating Rafael Nadal 6-3 6-4 to win the 2017 Miami Open, claiming the ‘sunshine double,’ winning both the BNP Paribas Open in Indian Wells and Miami Open in the same year. It marks the third year the Swiss maestro has achieved the feat (2005, 2006, 2017). Federer and Nadal had first faced off at the Miami Open in 2004, and of course played an epic match in the 2005 Miami Open final, when Federer came back from two sets to love to claim the title. The 35-year-old Swiss hit 29 winners for the match Sunday afternoon at Crandon Park, including 19 forehand winners, and five aces. He saved all four break points he faced, and converted two of nine break point opportunities, but they were in the most important moments of the match.

At 4-3 and 4-all in the first and second sets, respectively, Federer capitalized to break the Spaniard and subsequently, serve out the first set, and the match. After 1 hour 34 minutes, one final return from Nadal sailed long and Federer, arms in the air, had clinched his 26th Masters 1000 title, and 91st career title. 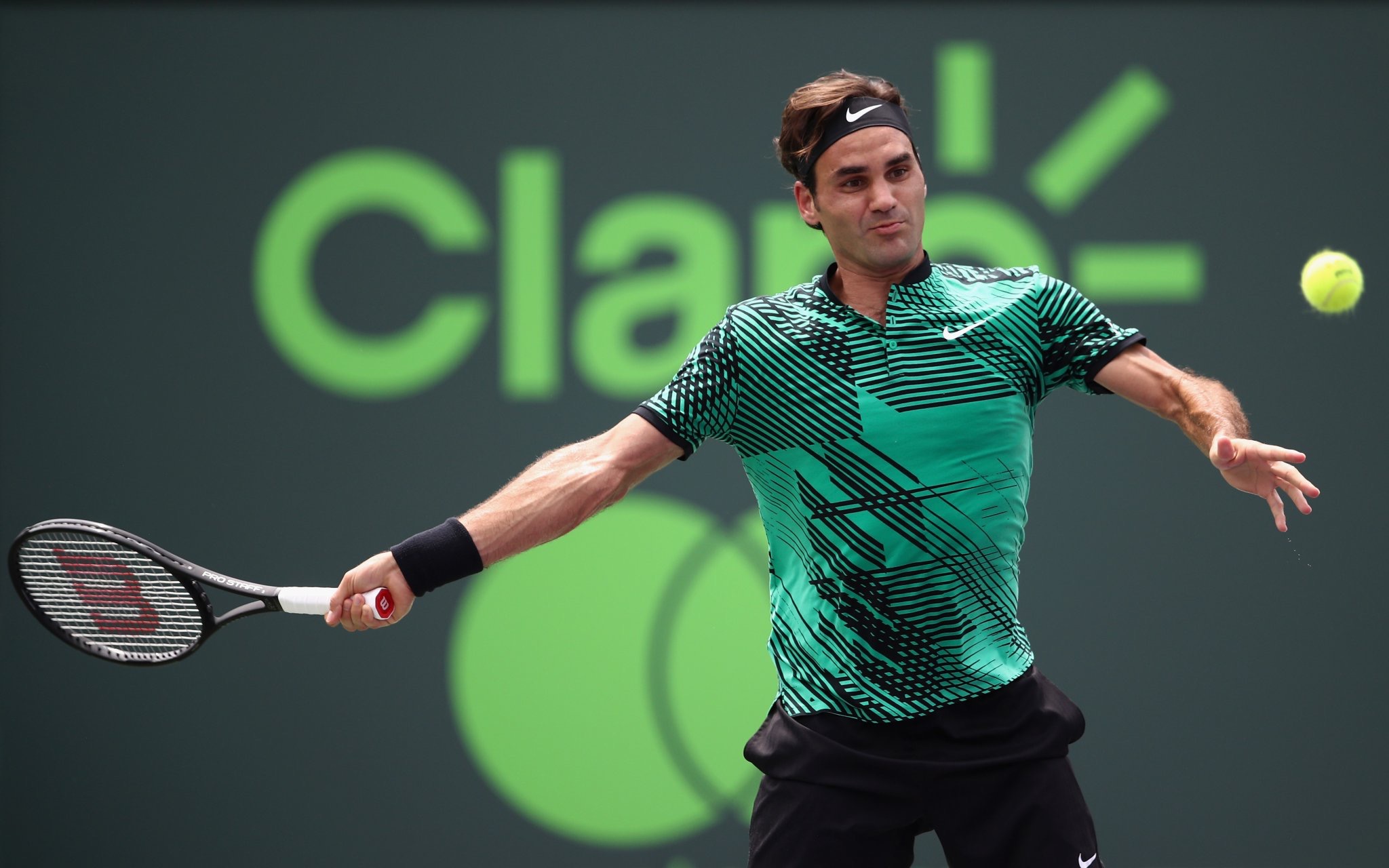 Federer has started 2017 with a 19-1 record, winning the Australian Open, BNP Paribas Open in Indian Wells, and Miami Open. It is his best start to a season since 2006, when he began the year 33-1, and finished the year with a 92-5 record, including winning three of the four grand slams, twelve titles, including the year-end ATP Finals. Today’s victory marks the first time Federer has defeated Nadal in four consecutive matches, and has won five sets in a row. After starting the season at #17 and #9, respectively, Federer and Nadal will be ranked #4 and #5 when Monday’s ATP World Tour rankings are released.

In the 2017 ATP World Tour Race Rankings, Federer has built a sizable lead as #1, with 4,045 points. Nadal is second with 2,235 points. Sunday’s Miami Open title is the first for the Swiss since he won in 2006, defeating Ivan Ljubicic in three tiebreaks (best of 5 back then), who is now his coach.

Despite having a large lead in the 2017 ATP World Tour Race points, Federer acknowledged that finishing the year as #1 is still a long way away, and also spoke about how rest and healing are more of a priority than playing a full clay court season. “I’m moving up in the [Emirates ATP Rankings] and I just want to stay healthy,” Federer told Brad Gilbert of ESPN following the match. “When I’m healthy and feeling good, I can produce tennis like this. That’s why taking a break and resting during the clay season and focusing on Roland Garros, the grass and the hard courts after that is best. It would be great to be No. 1 again, but it’s a long way away.”

From his post-match interviews with ESPN and ATP World Tour, Federer emphasized taking a break to let his body heal and recover, saying he will probably take ten weeks off, and will not play any of the clay court season until Roland Garros, (“prepare it again (body) so I’m ready for the French, if that at all, and then Wimbledon, you know, all the grass season..”).