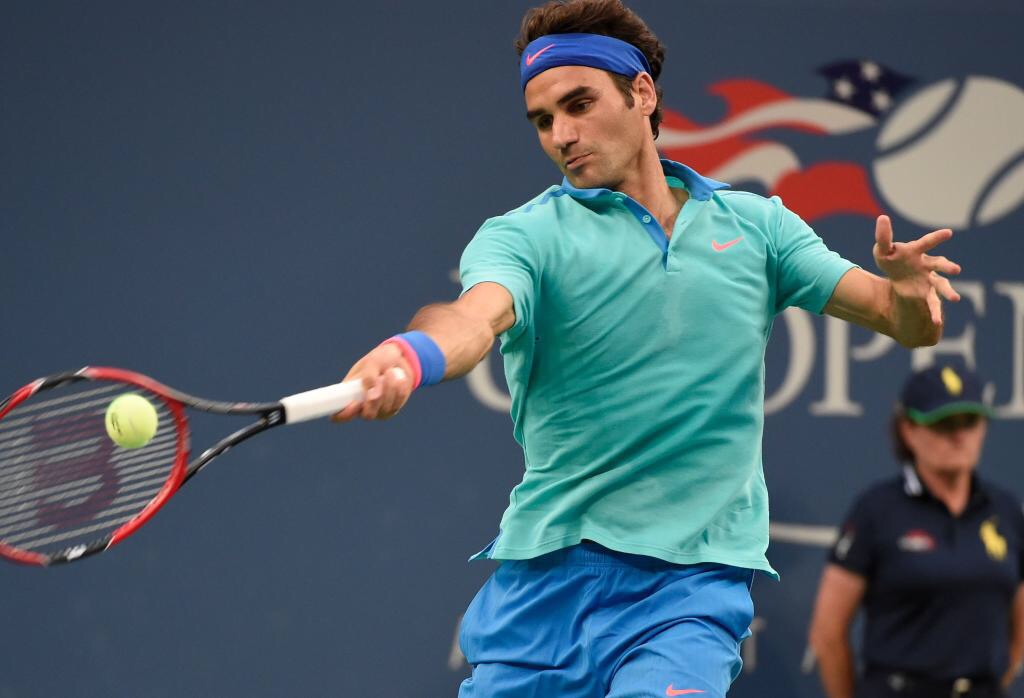 Roger Federer lost the first ten points Sunday afternoon, starting slow, and finding himself down 5-2 in the opening set against Marcel Granollers, before rain and lightning suspended play. Within a few hours, the weather cleared up, play resumed, and the Swiss maestro got past the first set hiccup to easily dispatch the Spaniard. Upon returning to very humid conditions in a day match turned night, the 5-time US Open champion held and broke immediately, but soon after lost his first set of the tournament.

From that point onward, it was one way traffic, with Federer cruising through conditions that continued to become muggier. The 33-year-old Swiss was moved incredibly well, looking to come to net often, and he finished strong. Keeping the match under two hours, Federer advanced to the fourth round with a 4-6 6-1 6-1 6-1 defeat over Granollers. He fired 13 aces, no double faults, winning 32/51 points at net, hitting 57 winners to 27 errors over four sets.