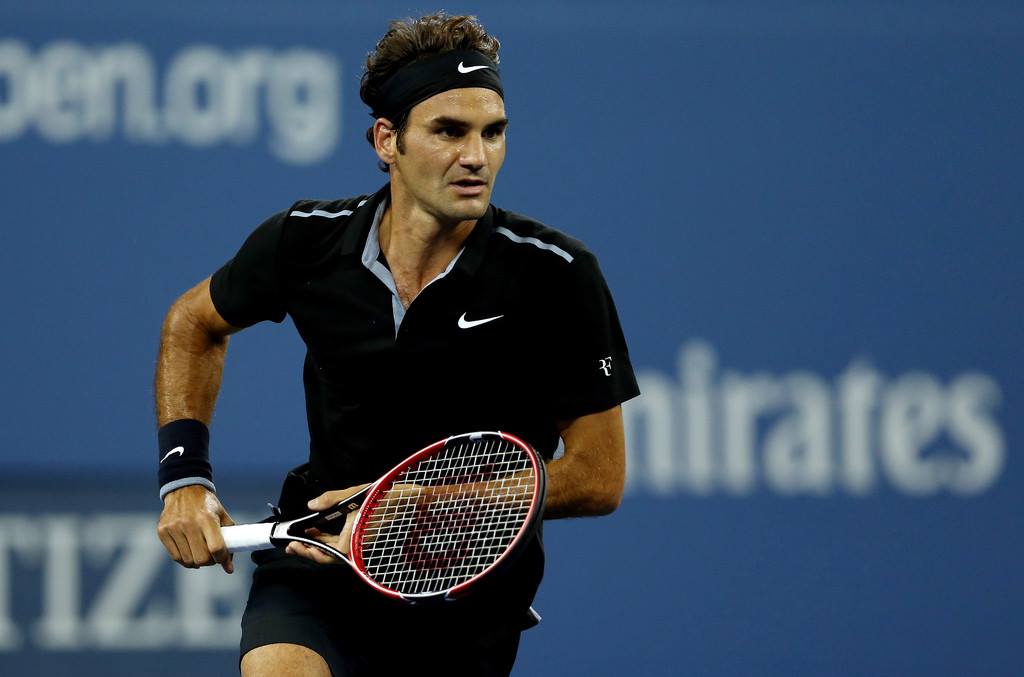 Roger Federer charged the net and charged his way into the US Open quarterfinals Tuesday night in New York. The Swiss maestro was efficient and unfazed by Roberto Bautista Agut, in their first ever meeting. The 26 year old Spaniard reached the round of 16 at this year’s Australian Open, taking out Juan Martin Del Potro in the second round. Knowing what he was up against, the 5-time US Open champion put in extra preparation, something he revealed in his ESPN post-match interview when it comes to facing an opponent he’s never played before.

Sporting the Nike Zoom Vapor 9 Tour AJ3 shoes created in collaboration with Michael Jordan himself, Federer jumped to a large lead early, having an insurance break to serve out the first set 6-4. After the first few games of the second set, the 33-year-old Swiss found his cruise control switch and dominated, especially at net. With much credit to his childhood hero and now coach Stefan Edberg, Federer’s net game, which was already among the best, has been sharpened. It continues to improve month after month.

Midway through the second set, the Swiss was 13 of 13 at net. He finished 35 of 52, along with 8 aces and 36 winners. Federer will face Gael Monfils in Thursday night’s quarterfinals.