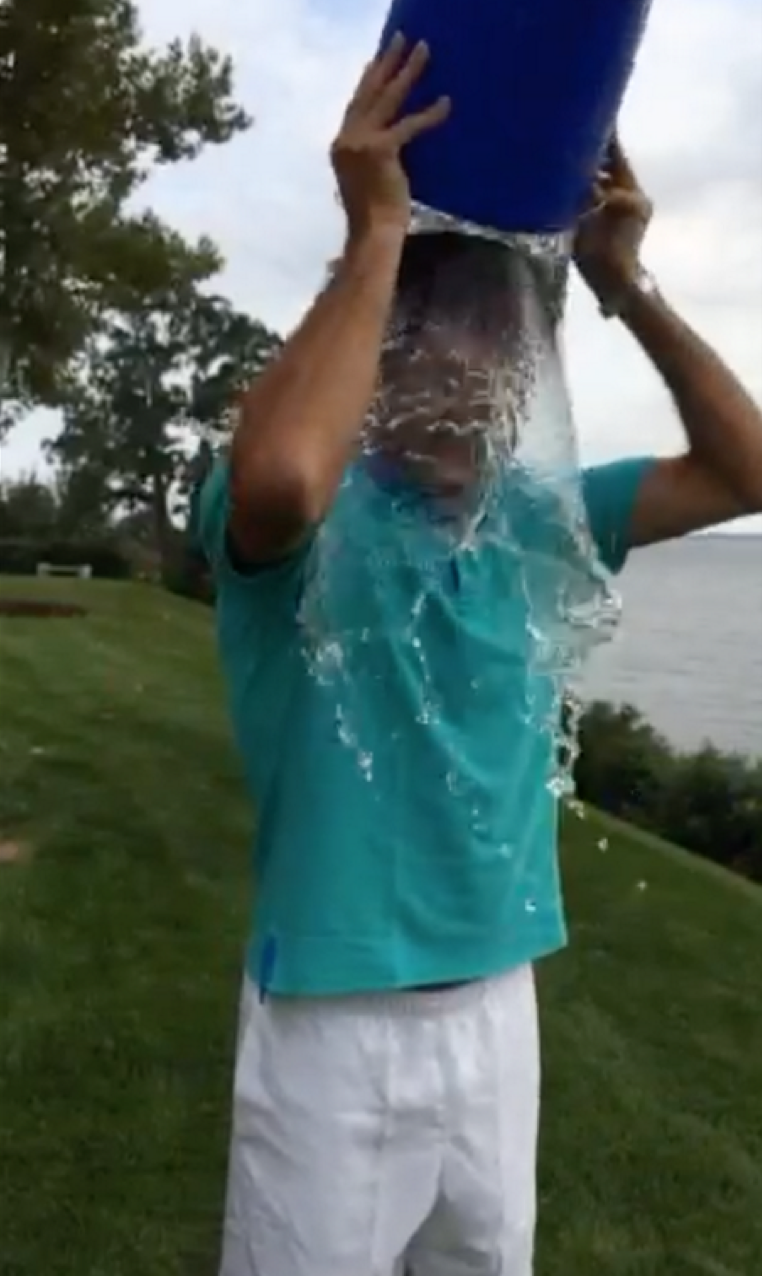 Roger Federer let fans know in his 2014 US Open Wilson Interview that he had been challenged by Anna Wintour, Gavin Rossdale, and Ana Ivanovic, to take part in the ALS Ice Bucket Challenge.

The Swiss maestro did that today. After practicing with Lleyton Hewitt on Arthur Ashe stadium and taking care of his press duties, the 17-time grand slam champion poured a bucket filled with ice and ice cold water on himself, part of the movement to raise awareness for ALS (amyotrophic lateral sclerosis), also known as motor neurone disease, or in the United States, Lou Gehrig’s disease.

Via Facebook: ALS is a tragic disease, and I hope that the social media attention from the Ice Bucket Challenge continues to bring more awareness and donation dollars to curing ALS. Funny videos are entertaining, and can be important to raise awareness, but a more important measure of impact is donating: http://www.alsa.org

In the spirit of the challenge, I’d like to challenge my friends Seve, Marco and Reto!