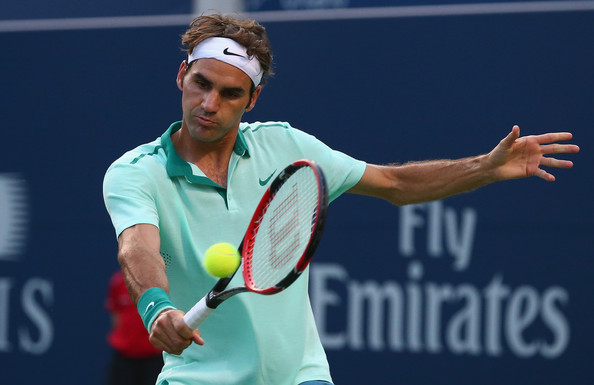 Roger Federer made a winning start with his new Wilson Pro Staff RF97 Autograph racket, and in his return to the ATP World Tour after almost a month off. The Swiss maestro, seeded second at this week’s Rogers Cup (Toronto masters), had no trouble whatsoever against Canadian Peter Polansky, winning ten straight games after an opening exchange of breaks. The soon to be 33-year-old Swiss (August 8) shook off the rust quickly, advancing to the third round with a 6-2 6-0 win in 52 minutes. He faces either Marin Cilic or Malek Jaziri on Thursday.