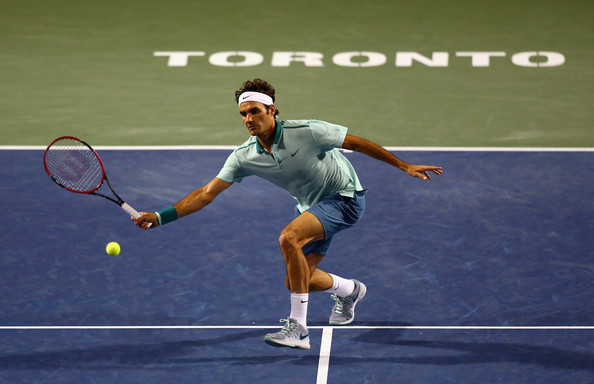 Marin Cilic gave Roger Federer a handful of trouble Thursday night in Toronto. The Swiss maestro squandered six match points near the end of the second set, giving the tall serving Croatian numerous second chances. With all the resemblances of a few notably painful losses in the past having match points slip away, Federer found a way to prevent history from repeating.

The opening set was close, with Federer timely stepping up his game in the first set tiebreak. With Cilic serving at 4-5 in the second set, however, it was a completely different story. The tenth game of the set lasted nearly as long as some quick sets would take for the 17-time grand slam champion. Cilic held strong, and Federer was unable to close, at least for the time being. The second tiebreaker rather easily went to the Croatian, but Federer took advantage of his last opportunity, breaking at 5-4 in the third set, and clinching on the very next match point. Lucky number seven, although his lucky number is eight.